Leon Masson is a 59-year-old man who was paralyzed in a motorcycle accident. He is now forced to use a wheelchair and he also has seizures and diabetes. Every day, his dog, Bella, is by his side to help him.

Bella is trained to let Masson know when he is about to have a diabetic attack or a seizure. She has to go everywhere with him to keep him safe.

By law, service dogs can go into any public locations, including places where food is served. The McDonald’s at Roosevelt Ave and Loop 410 in San Antonio, Texas had a different idea. They decided to give the pair a hard time. 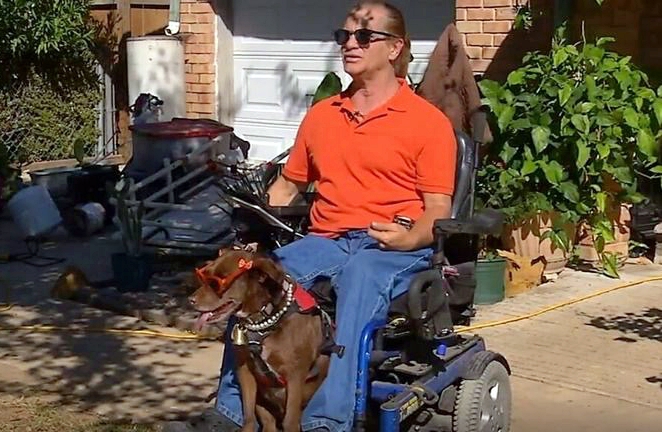 Masson and his dog were eating lunch at McDonald’s when the manager came up and told them to leave.

“The manager said, ‘well, the reason we don’t want you there is because your animals stinks,’” said Masson told News 4 SA.

According to the manager, some of the customers had complained the Bella had a bad odor. 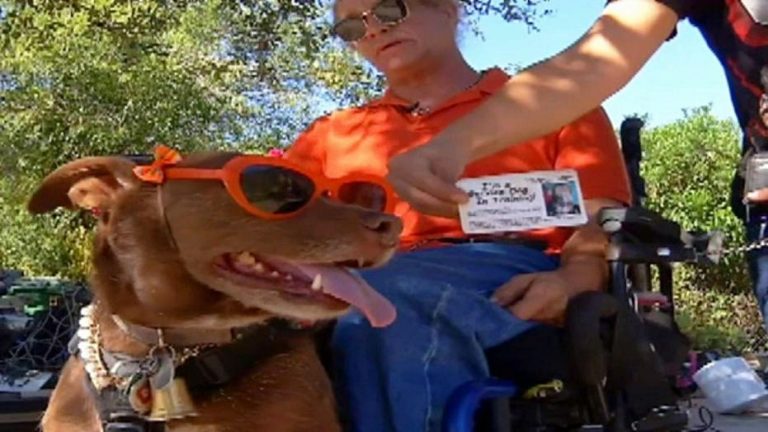 Being asked to leave really shocked Masson. He said that Bella is bathed and groomed every week and she is a well-behaved dog.

Even though that is the case, the manager proceeded to kick him out and even said he was going to call the police.

“The first time, police came, I showed them Bella’s identification which I really didn’t have to but I did to verify that she is a service animal. He explained to her it’s a service animal,” Masson told News 4 SA.