Police Sergeant Comforts Rescued Kitten At Police Station, Then Decides To Give Her A Forever Home

The Lakeland Police Department received a call about a little kitten who was found roaming the street alone near a busy intersection.

That’s when Officer Mike Cardin went to the scene to help the kitten, who was huddled up under a light pole, right near traffic. Thankfully the officer was able to get ahold of the kitten before he could’ve ran into traffic. 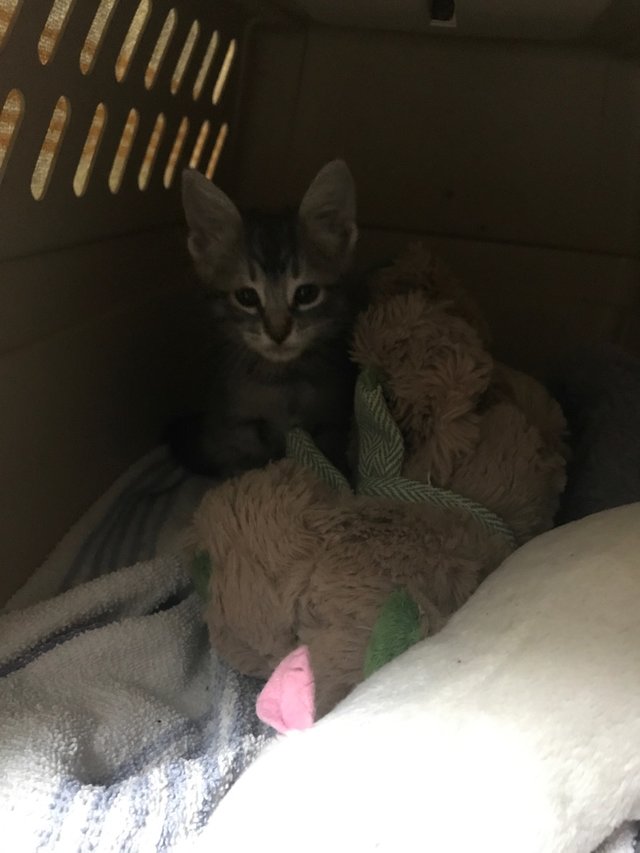 Officer Cardin brought her into the station and put her into a box while they waited for animal control to arrive. But the cute little kitten never quite made it to animal control. 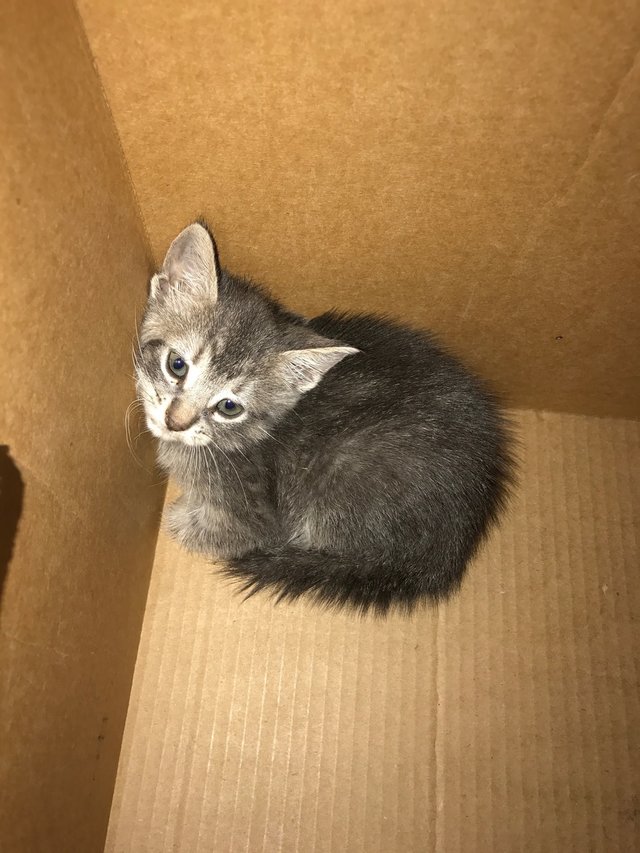 Enter Sergeant Brian Wallace. The second he laid eyes on the kitty, he was head over heels in love with her. As he learned about the situation, he decided to sit with her and keep her company. 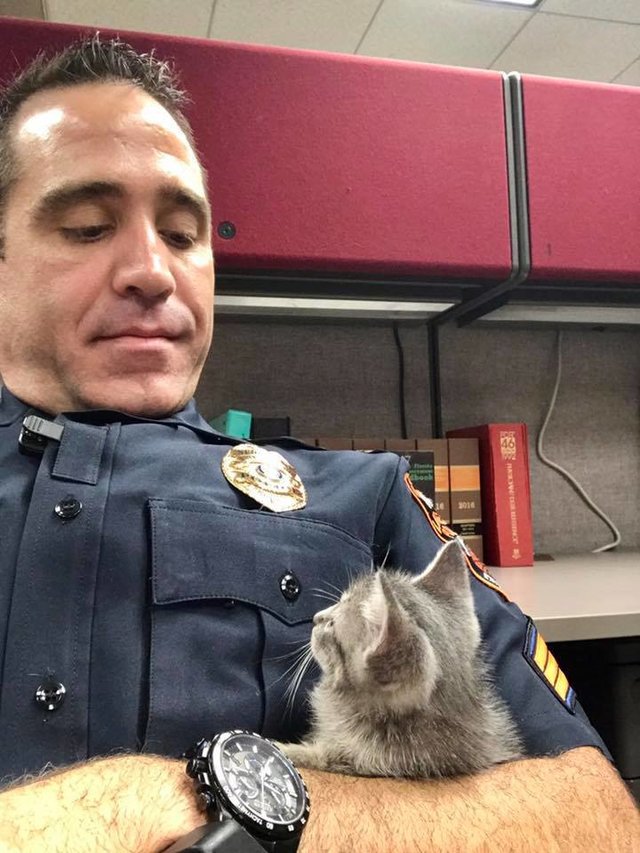 The kitten was alone and scared, and Sergeant Wallace didn’t want to leave her alone in that box for the next ten hours, just to have animal control take her away. 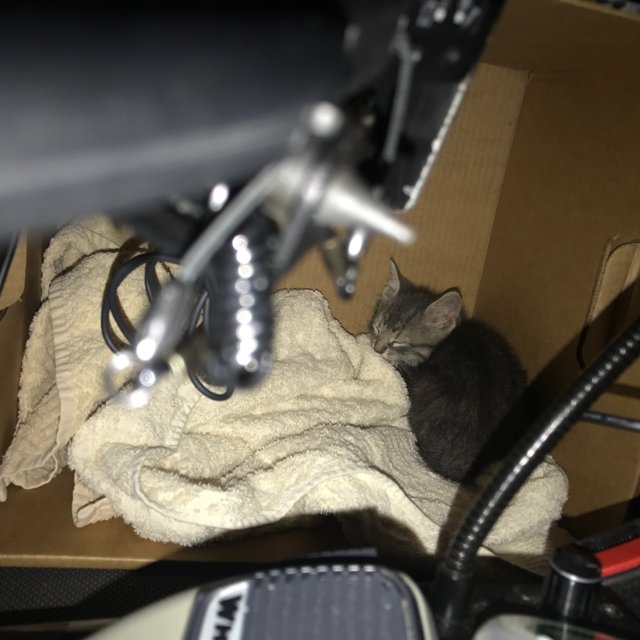 He kept her on his lap, and as time passed, the kitten was visibly less afraid and more relaxed. Then when it was time for him to go on patrol, he brought the kitten with him and placed the box in his passenger seat. 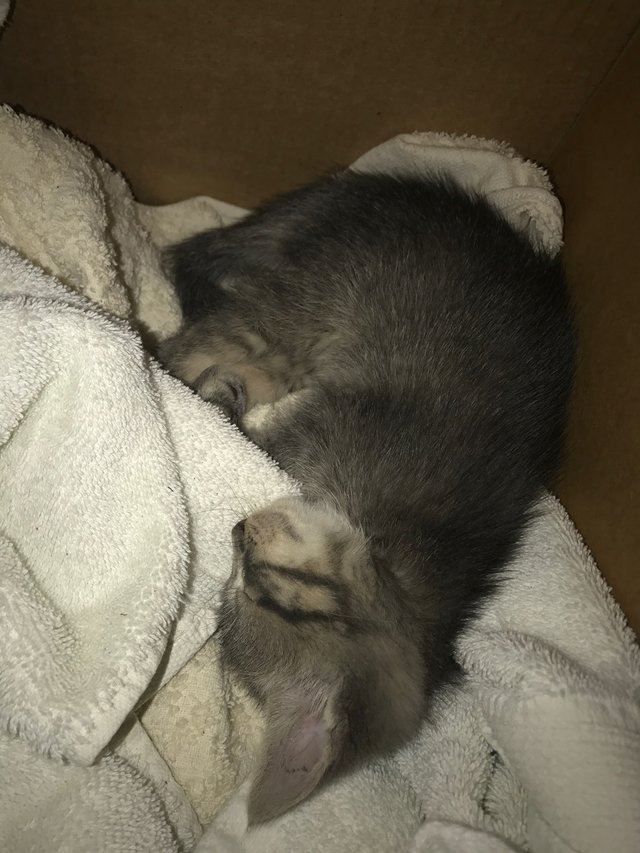 When his shift ended, he wasn’t quite ready to say goodbye to his furry new friend. And he never had to! He named her Kelsey and decided to adopt her! Now not only are they friends, but she’s part of the family! 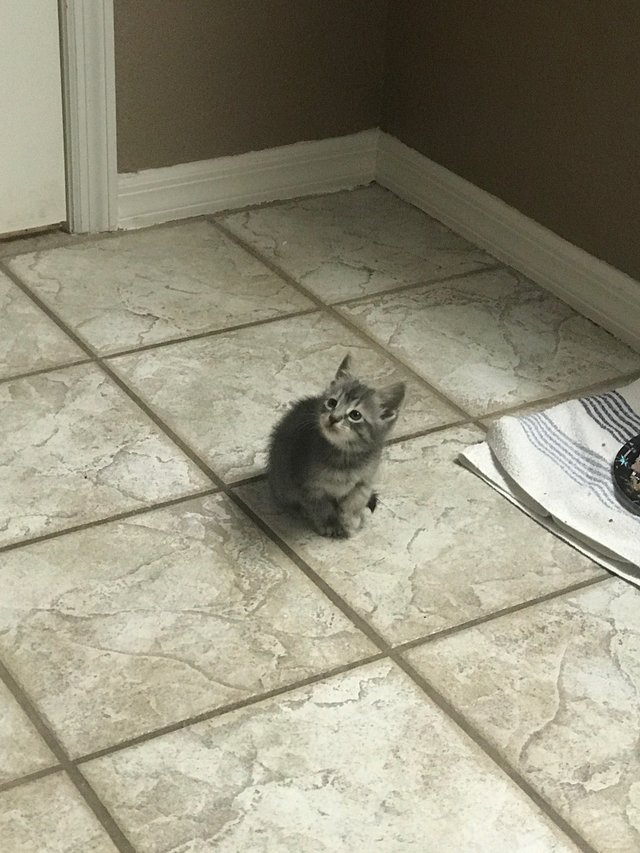 Kelsey is adjusting well to her new life in a loving home instead of on the streets.

“She’s quite affectionate,” Wallace told The Dodo. “It’s almost like she realizes she was given a decent chance at surviving after being feet away from heavy traffic and on her own at so young.”