Everyone knows that young dogs have no problem getting adopted. If you go to any adopt event or shelter anywhere in the world, it’s always the cute young things that get scooped up right away. Sadly, the older dogs get left behind. In the UK, there are thousands of older dogs who are still waiting for a family to love them. It’s absolutely heartbreaking.

While it’s easy to see there are many reasons for people wanting to adopt a younger dog over an older one, there are also a lot of benefits that come with adopting a senior pooch.

However, there is one charity called the Oldies Club, which is making sure that the wonderful senior dogs, aged 7 or older, get taken care of and find their forever homes.

The Oldies Club was first started back in 2005, but it didn’t become a registered charity until 2007 when it also started to partner with animal rescues around the UK to advertise their senior dogs. Some of the rescue centers that it works with include Battersea Dogs Home and Dogs Trust.

Since the founding of the Oldies Club, the charity has seen 951 of their dogs get rehomed, not including the other thousands of dogs from other rescues that the charity has also helped to adopt out.

Even though the charity has done lots of wonderful work over the years, there are still plenty of old doggies who are waiting on finding a forever home.

The website for the Oldies Club at present has six of the charity’s own dogs up for adoption, as well as more than 100 dogs listed from other rescues! As you can imagine, they have every dog possibly imaginable: Collies, Staffies, Shepherds, Retrievers, Spaniels, Bulldogs, etc. The Oldies Club revealed to UNILAD that it’s normal to have a large variety of breeds that are given up.

The Oldies Club arranges for their dogs to go to foster care where they get assessed and provided with any required medical treatment before they get placed up for adoption and advertised on the website. 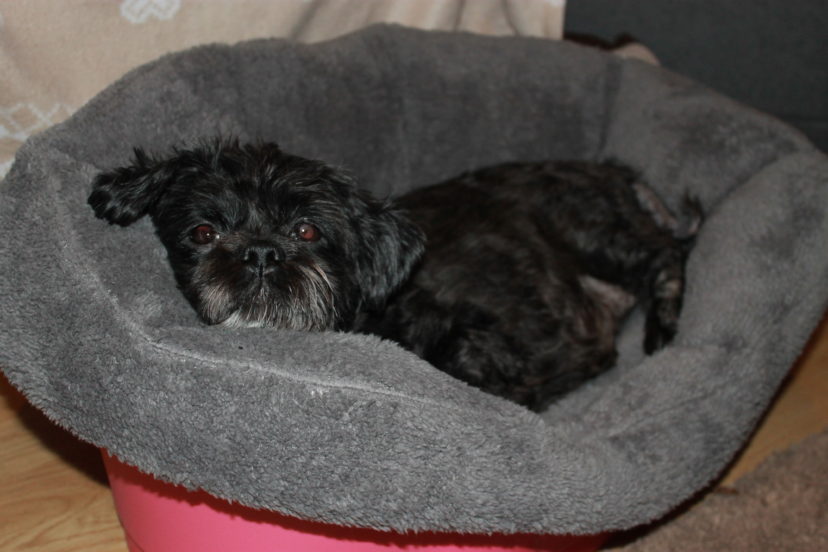 Unfortunately, a lot of older dogs get passed on because people make assumptions that there’s a negative reason for their being given away. People assume that it’s because the dog is bad or difficult to handle, but the sad reality is just that their former owners can’t make room in their lives for them anymore.

As Oldies Club explained, one of the most common reasons for pets being given up is the result of an owner moving into a place that doesn’t allow pets. Other very common occurrences for rehoming a pet is because their owner’s health is in poor condition, the owner has died, or because an owner works long hours and feels its unfair to the dog to be home alone all the time. 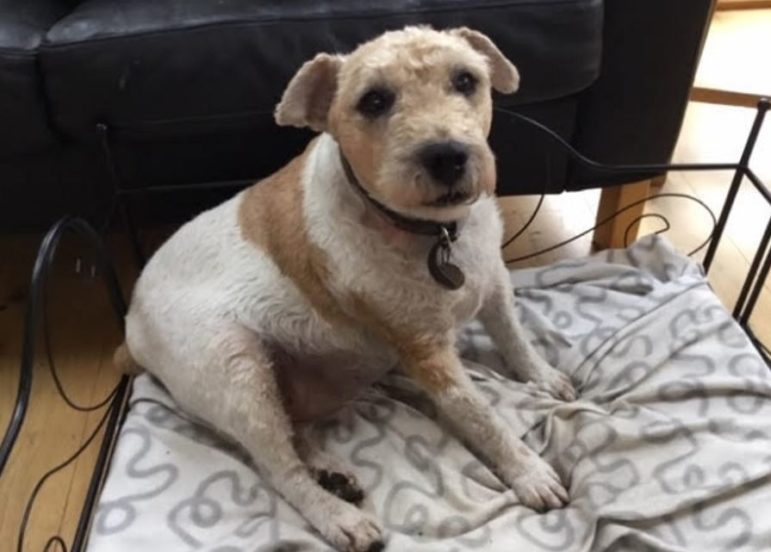 The Oldies Club website states, “People get ill, families split up, dogs stray and get lost. What if it was your dog with the arthritic joints and the fading eyesight waiting in a cold kennel day-in, day-out for months on end? Wouldn’t you want someone to take care of him and restore all the home comforts that you allow for him now?”

It is truly heart-wrenching to think about all the little things that add up and cause these poor dogs to end up in shelters and rescues. 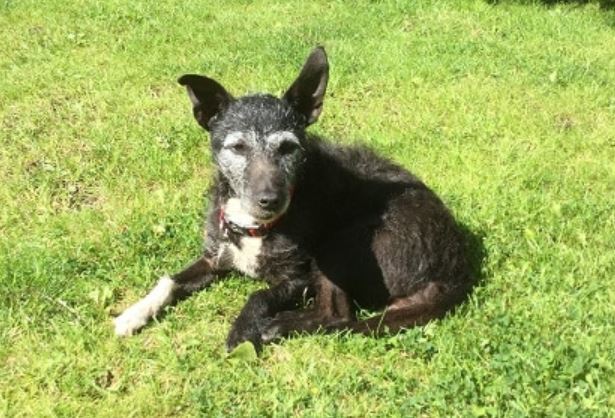 The Oldies Club also points out the fact that the aging process for dogs can actually get accelerated when the animal is living in a stressful environment. They also noted that as a dog gets older, the joints and bones can’t cope with long periods on cold, concrete floors.

The website adds, “The bustle of day-to-day life in kennels is not always compatible with an old character who just wants to curl up by the fireside, content in the knowledge he is loved and safe. The tragic reality is that the old dog will spend his last days in kennels, wondering why he is there and not in the arms of a human who loves him.”

But there is a difference that can be made in these dogs’ lives if people were to be more open to adopting senior dogs. 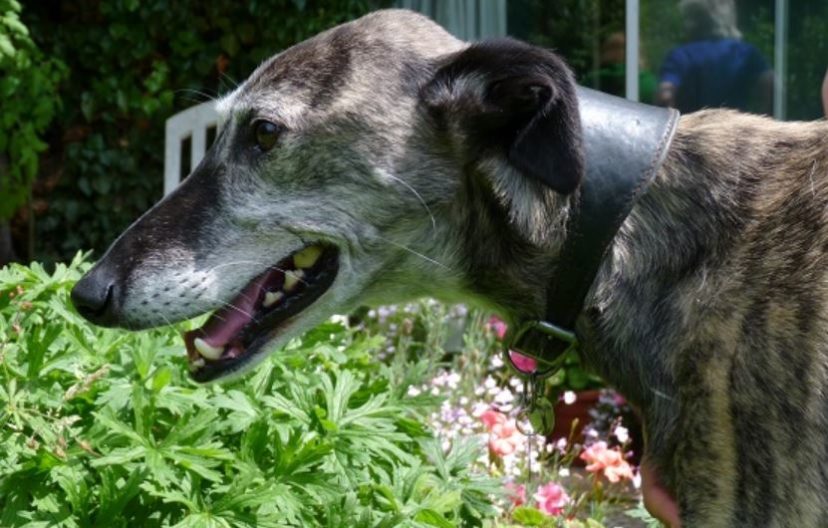 The Oldies Club has made it very easy to search for the perfect senior dog. They’ve done a lot of the legwork for the public by listing out their animals according to certain personality traits that prospective adopters may be looking for. For example, dogs will often be tagged as “small and cute,” “large and lovely,” “active oldies,” “calm and quieter,” “good with cats,” and “good with kids.” So no matter what you may be searching for in a dog, you’re bound to find a senior dog that fits your requirements.

As the Oldies Club explained to UNILAD, one benefit that comes with adopting a senior dog is that their personality and character traits have fully developed, so there is hardly going to be any surprises. What you see is literally what you’re going to get.

Therefore, there is no doubt that a potential adopter can search amongst older dogs and get exactly what they’re looking for at the Oldies Club.

Layla is a 16 year old Terrier X fostered in #Spennymoor She is good with dogs outside but wants to be your only dog, will chase cats, could live with teenagers https://t.co/JprIsnf2vg pic.twitter.com/xnnvQReuaY

The Oldies Club explained, “Maybe you want a companion but your own health means you are unable to satisfy the exercise needs of a young dog. Oldies are often quite happy with a potter around the garden and a 20-minute slow-paced stroll around the neighborhood.”

“Some oldies are ideal for families/couples who are active, but out for some of the day. These dogs thrive in a lively household with a couple of brisk walks each day and longer walks at weekends, but enjoy the peace and quiet when their owners are at work, and they’re left alone to snooze by the radiator,” they added.

Knowing exactly what kind of a dog you’re adopting definitely makes things easier and makes the family life transition that much simpler as well. So, there definitely is a perk to opening your heart and home to a senior dog.

Gorgeous Boi is a 12 year old Lurcher fostered in #brixham He is good with dogs outside but wants to be your only dog, NO cats, could live with well-trained, properly supervised children aged 5+. https://t.co/1xAT4ORFKw #rehomehour pic.twitter.com/eFtfwHEB9O

Another perk to adopting an older dog is that most of them have spent a good portion of their lives in a home environment, so they’re already pretty well trained and used to living amongst people. Settling them into the routine of your household may be easier than with a puppy.

Older dogs tend to be less problematic than young pups in terms of training and obedience, so they make great starter dogs for the novice dog owner.

While adopting an older dog does mean accepting the fact that they won’t be around for as many years as a puppy, it’s still very much worth it. It’s not the amount of years that you own a dog for, it’s the amount of love and happiness that you two share in that space of time that really counts. 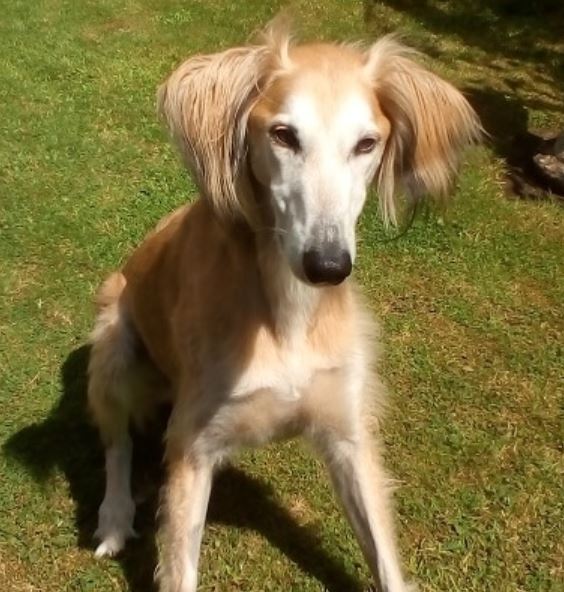 The Oldies Club website even states that senior dogs are also great pets for people who may have a change of circumstances in a few years’ time, “Many people could offer a fantastic home to a dog but ‘would like to travel in a few years’ or ‘will go back to work when the kids start school.’ When you take on a pup or a young dog you need to be as sure as you can that you can honor that dog with a home for life, which can be anything up to 18 years or more. With an older dog, the commitment is just as immense, but the time-frame is likely to be shorter.”

The charity added, “Older dogs can be quiet, undemanding companions but they can still adapt to new family and lifestyle. They are great for people who may not be able to make a 15+ year commitment.” 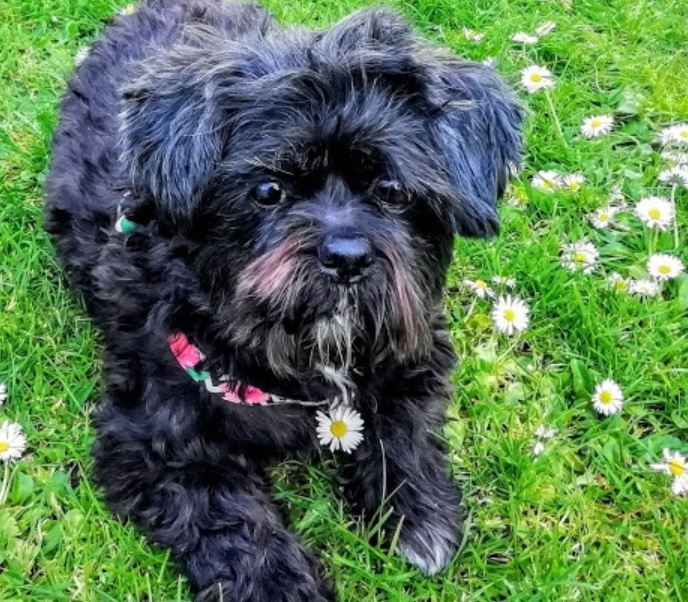 Besides all the wonderful positives that come with adopting an older dog, there is also knowing that you’re helping a dog in need find the loving home they deserve for however many years they have left. That is important since all dogs need unconditional love no matter what age.

One woman, 73-year-old Anne Bell from Manchester, adopted her furbaby Bailie from the Oldies Club. She had a wonderful experience, and said that the organization was, “supportive, well organized, and caring.”

Anne went on to describe why she chose to adopt an 11-year-old dog, saying, “I decided to adopt an older dog as they tend to get overlooked for the younger ones and seem to be harder to place. Also, older dogs are a bit like older people; they come with wisdom, experience and a lot of love. It’s very sad that a mature dog finds itself homeless through no fault of its own and just wants a loving home which isn’t much to ask. It’s very rewarding to us to give an older dog a loving home for the rest of its days. I bless the day I contacted [Oldies Club] as I have such a little treasure.”

And like I said before, it’s not the number of years that you have with your dog, it’s the amount of love and happiness shared within those years that truly matter. Older dogs deserve the same amount of love and happiness as any younger dog, so next time you are thinking about adding an addition to your family, go for an oldie. They’re called oldies but goodies for a reason.

For potential oldies up for adoption on Oldies Club, click here.