A sweet dog named Pheenie lived most of her life in a junkyard. For nine years she slept under shipping containers and ate whatever scraps of food she could find.

Life had not been kind to her, but that all changed the day she was rescued by Hope For Paws.

The rescue team set out to save the senior dog after receiving a call from a concerned person who spotted the dog while doing TNR work in the area for stray cats. 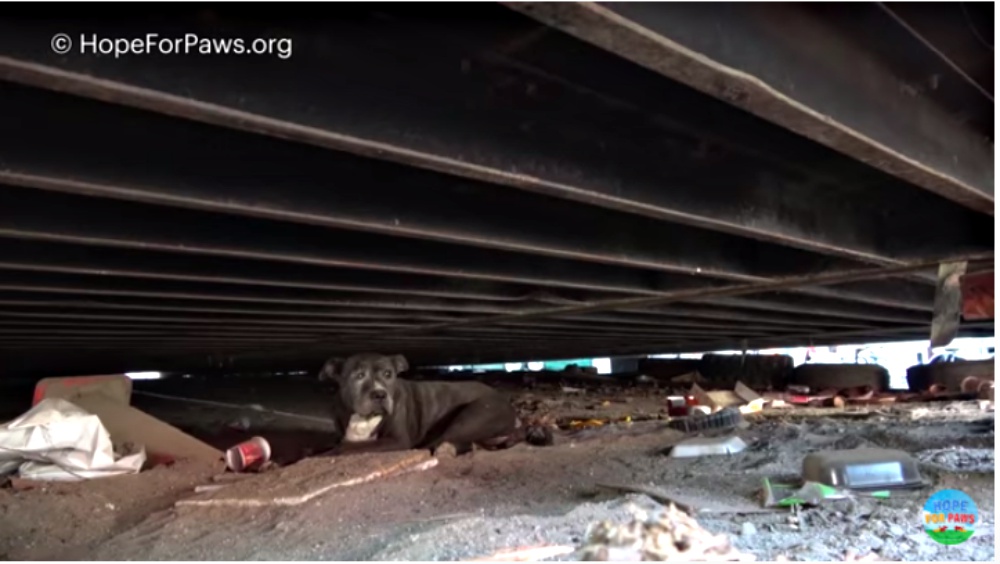 Loreta and Eldad lured her out from under a shipping container with tasty food.

They carefully placed a leash around her neck and gently stroked her head as they talked to her. 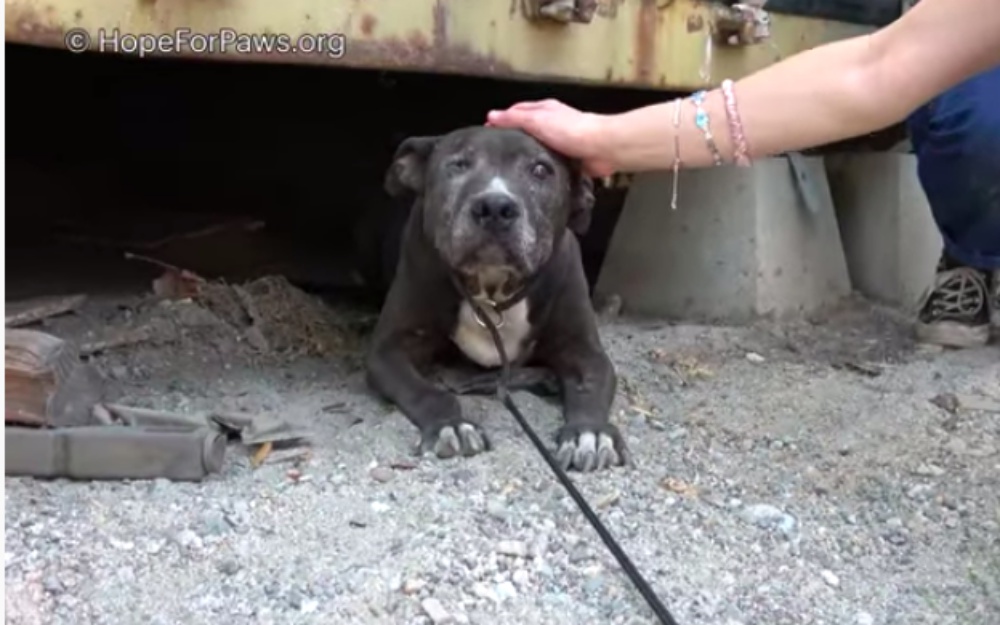 She had lost her right eye and was in desperate need of care.

They put her in a crate with a soft blanket and rushed her to the hospital. She received a warm bath and then was examined by a vet. 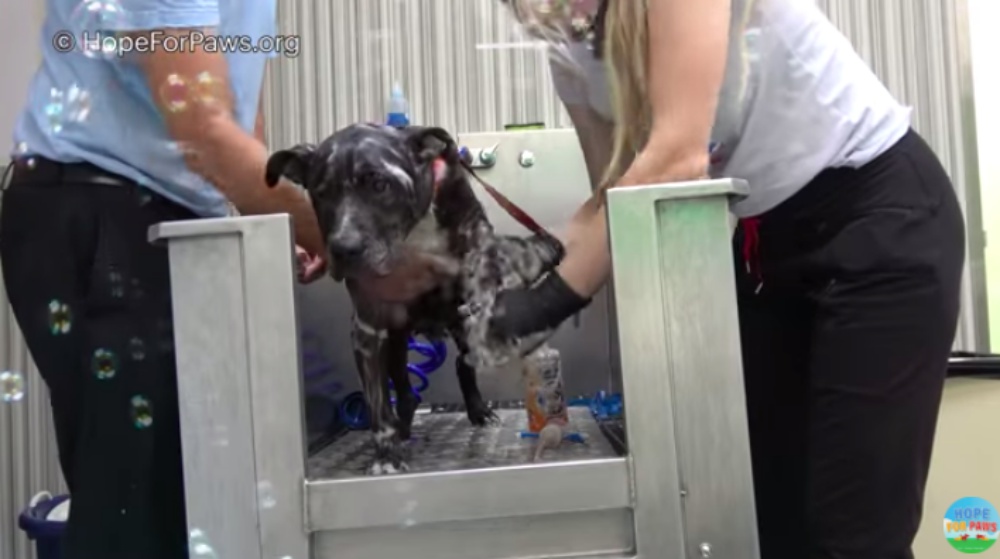 Rescuers named her Pheenie and found out she suffered from multiple infections, severe dental disease, and many mammary tumors.

She rested peacefully wrapped in soft blankets for probably the first time in her life. 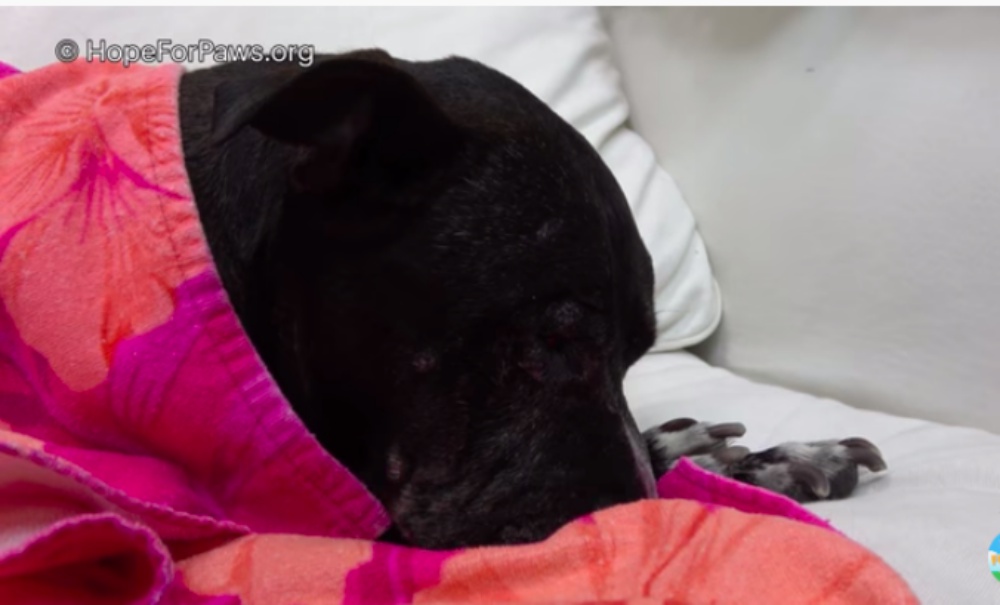 A local animal shelter, L.A. Animal Rescue, stepped up to foster Pheenie for the rest of her life.

After living along for so many years, she was so happy to be surrounded by people who loved her, and she never stopped wagging her tail. She spent her days roaming around in the sun and then at night resting by a warm fire. 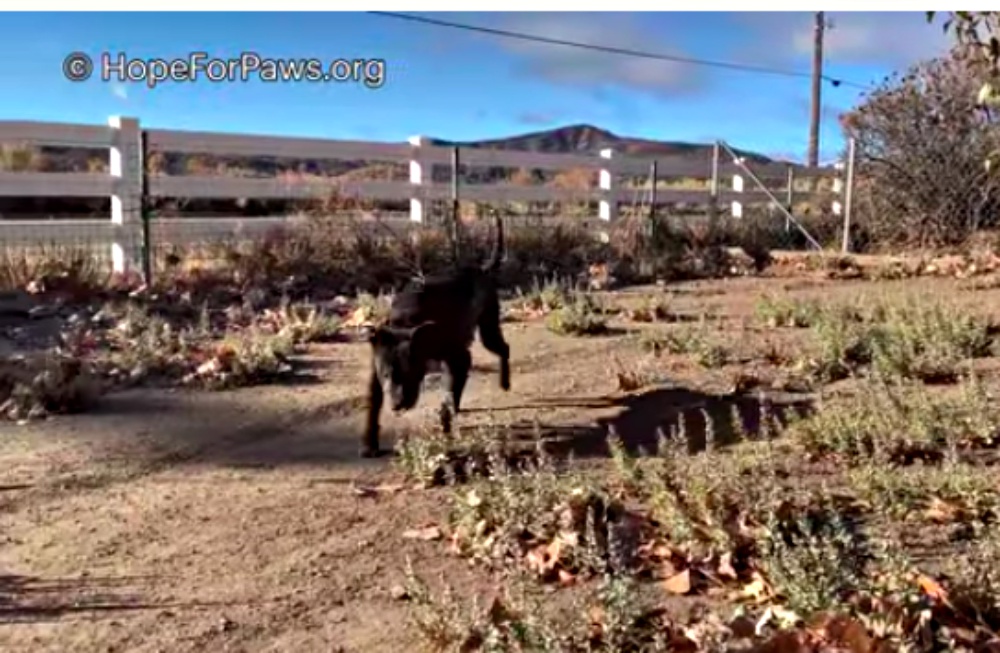 Five months after she was rescued, she passed away in her sleep in front of the fireplace. 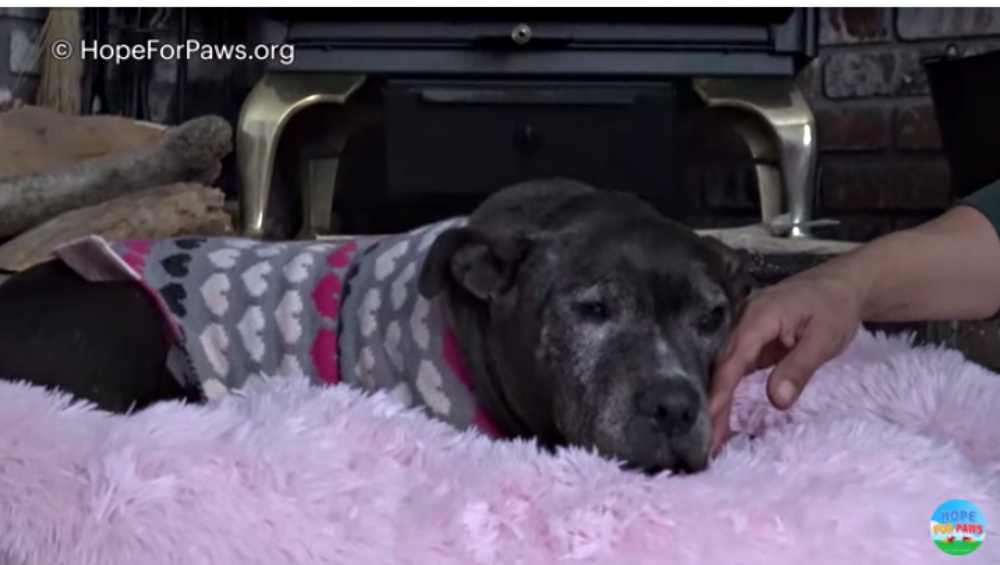 Many commented that even though her time in a loving home was short, she died knowing she was loved.

The video concluded with the rescue stating, “I’m sorry we didn’t get to you sooner.”

L.A. Animal Rescue wrote, “We are grateful to have had 5 months with her and to give her all the love we could. She will always hold a place in our hearts. Thank you Hope For Paws for letting us be part of her journey. We just wish we would have had more time with her.”

Watch Pheenie’s rescue in the video below and see how happy she was to finally have a home. Be sure to grab a tissue.