Hope For Paws, an animal rescue organization based in Los Angeles, California, has performed thousands of rescues, but a recent one broke their hearts.

Eldad and Loreta received a text late at night about an abandoned senior dog in a cemetery and rushed to rescue her. There are coyotes in the area and the rescue team was concerned for the dog’s safety. The gates were all closed for the night, so they had to sneak in.

Loreta found the frightened dog and tossed her some food to show that she was there to help. The senior dog didn’t immediately go for the food and that is when Loreta realized the dog had a hard time seeing.

Eventually, she used her nose to find some of the food as Eldad made his way down to help.

They carried the old dog to safety and headed straight to the animal hospital. 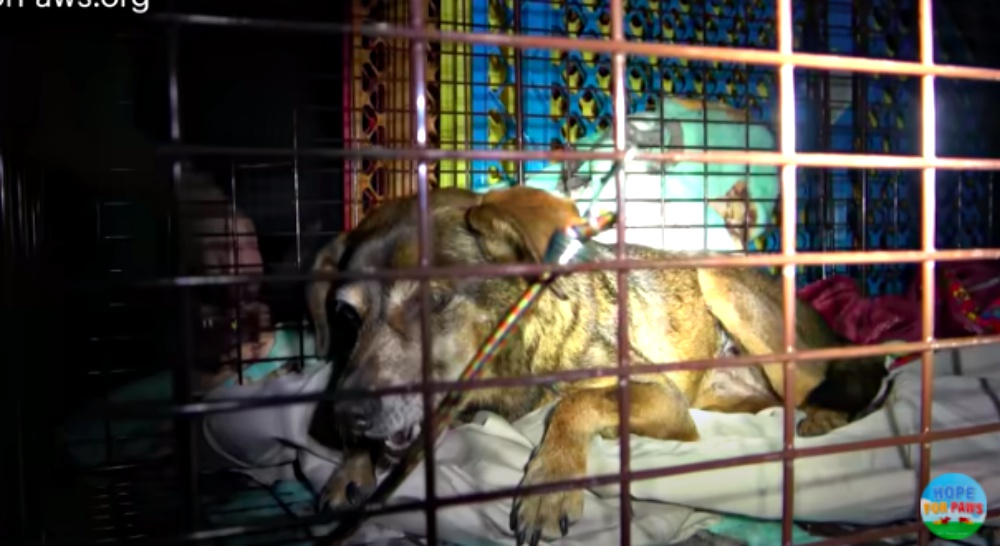 She was named Cashmere, a name suggested by one of the rescuer’s supporters.

After being examined by a vet, it was determined that Cashmere is about 15-years-old with limited sight and hearing. She received a warm bath and was tucked in a cozy blanket for the night. 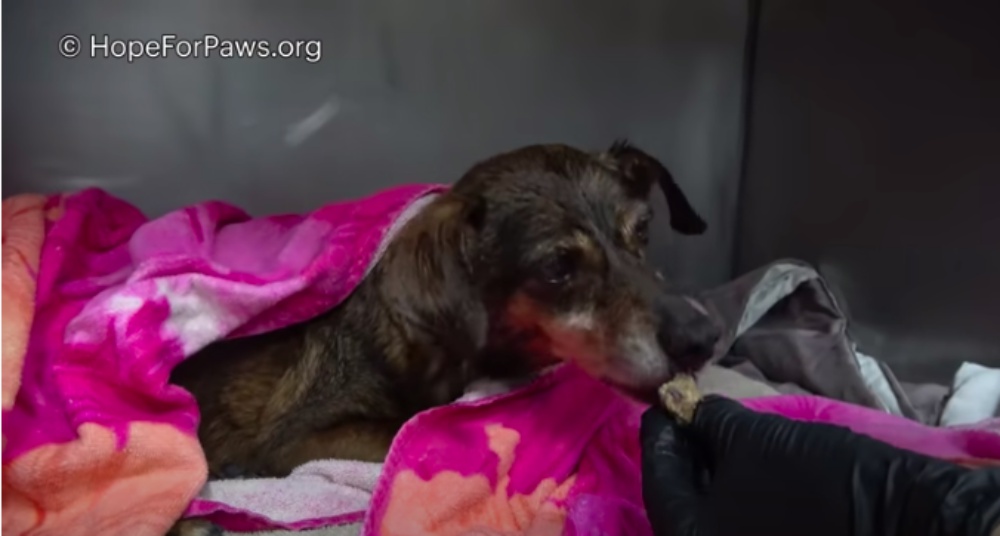 The sweet girl was taken in by Lionel’s Legacy Senior Dog Rescue, who will make sure she finds a forever home. For now, she is living the good life in a loving foster home.

She gets along with other dogs and loves people. 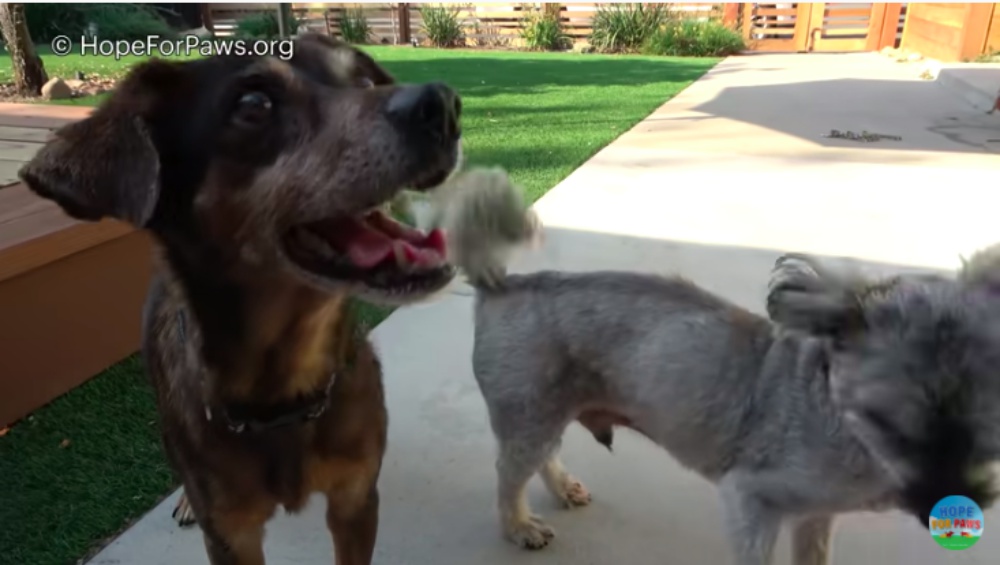 Eldad posted the rescue video on YouTube and wrote, “Cashmere may not have a long life ahead of her, but she deserves someone who will love her to the end.”

He went on to say, “The cases we are dealing with are getting sadder and sadder. I don’t understand why anyone would do this to her… an old dog who can’t see well, can’t hear well, and has no way to defend herself or survive.”

Dogs love their owners unconditionally and only want to be loved and cared for in return. If you are unable to care for your pet, please contact your local shelter. Abandoning them is never the answer.

Sadly, many senior dogs and cats end up in shelters due to no fault of their own. Please consider adding one to your family.

Watch the rescue in the video below and don’t forget to share!