21-year-old litter mates Leon and Nikita are believed to be England’s oldest cat brothers. But these long-lived felines have also become homeless in their retirement years, putting the bonded pair at risk of spending their final days in the shelter.

“They are just such lovely cats and at 21-years-old they just should not be in rescue,” Royal Society for the Prevention of Cruelty to Animals (RSPCA) shelter worker Michelle Billingham told the Northampton Chronicle & Echo. 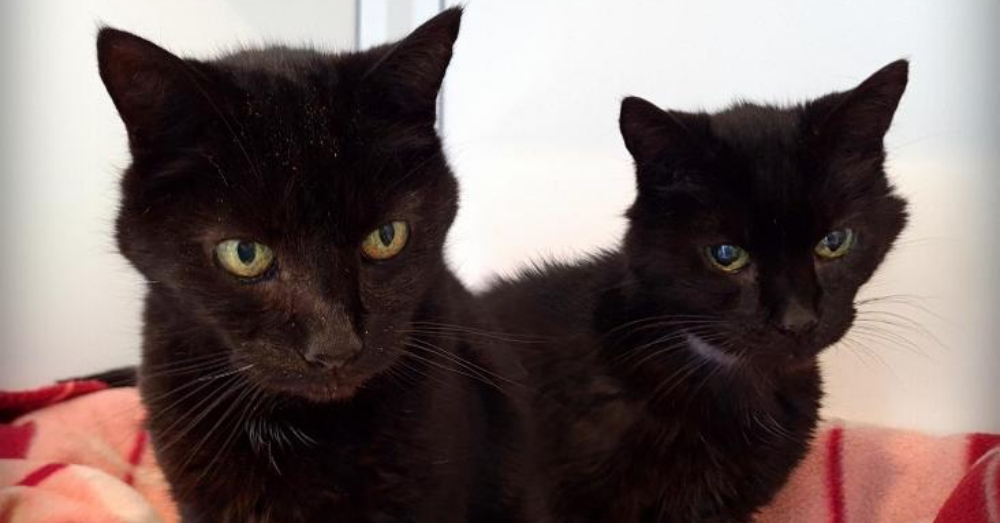 The shelter echoed this plea on its website, describing the elderly duo as sweet and affectionate seniors who would do best in a “quiet” home without kids. “Due to their age, we are keen to get these lovely boys settled into a new home asap,” the shelter wrote. “Leon and Nikita are an affectionate pair who enjoy chin tickles and human company.”

Staff hoped to adopt the bonded brothers together, but they didn’t know if — or when — this might happen. The boys’ prospects seemed further dimmed when Nikita was diagnosed with hyperthyroidism, leaving his future family with the extra responsibility of bringing the cat to regular vet visits.

Instead, the shelter was pleasantly surprised to find itself flooded by adoption offers from hundreds of families eager to help the bonded cat brothers fully enjoy their golden years. “It’s been pretty crazy. We have had over 100 applications for them from all over the place, from America, Cornwall, and Cumbria,” RSCPA worker Julie Clifft told the Daily Mail.

The deluge of interest will let shelter workers to place the brothers together in a forever home near Nikita’s vet in Northamptonshire, allowing the feline to maintain steady thyroid treatment. “We really wanted to keep them together in Northamptonshire and we’re delighted that has been possible,” Clifft said. “It’s great because although they are old we never put a healthy pet down and they deserved a new home.”