Nobody Wanted To Adopt This Senior Cat, But One Man Instantly Saw His Potential

When an 18-year-old cat found himself in a Washington State shelter, the senior feline, Sammy, seemed resigned to the fact that his age would probably impede his chances of adoption. The tuxedo cat also suffered from some chronic health issues, which seemed like another strike for would-be adopters.

But one local man found himself intrigued by Sammy’s backstory, which included being surrendered to a shelter after his family’s circumstances changed. “I know that people don’t generally want to adopt senior pets,” Tim Adams told Love Meow. But Adams, who already owned another senior cat, understood that older cats often make awesome, laid-back house pets. “I decided to go see him,” he said. 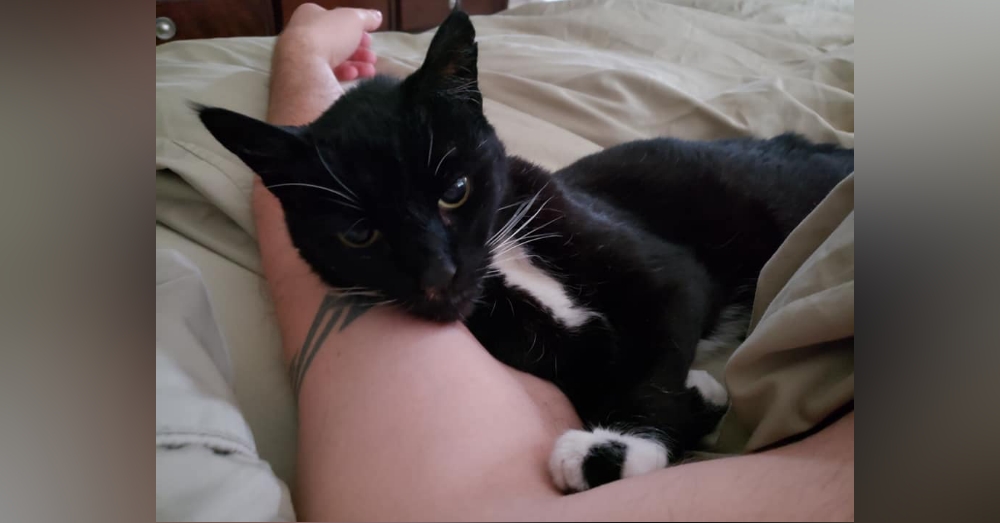 When Adams got to the rescue, he saw Sammy sitting all by himself, looking a little depressed. But the cat’s mood immediately improved when he saw this new human friend coming. “Sammy rubbed his face on my hands over and over. He bonded with me right away,” the man remembered. “I knew I would be taking him home.”

Sammy was only too happy to say goodbye to shelter life, which can be incredibly stressful for cats of a certain age. The grateful cat started following his cat dad around his new house and, whenever the opportunity presented itself, welcomed the chance to hug and cuddle. Soon Adams was waking up every morning to find his new feline friend contentedly purring in his arms. 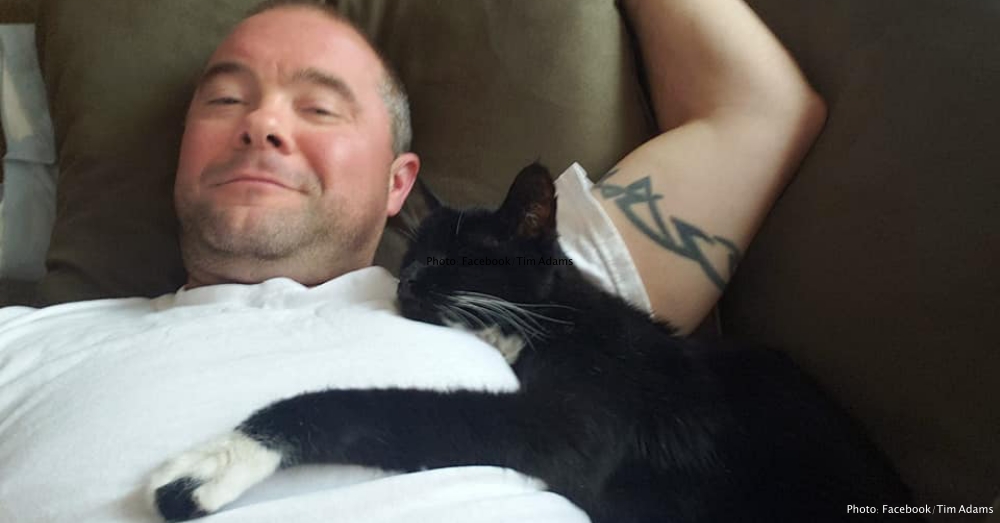 “He is gentle, patient and super affectionate,” Adams said of his new pet. “His favorite things to do are lay in the sun or lay in my lap.”

Two years quickly flew by and, before long, sweet Sammy was celebrating his 20th birthday. Adams brought a cat-friendly cake, treats, and birthday candles to celebrate this feline milestone. Sammy happily chowed down on his favorite foods, and then snuggled up to his favorite person for a celebratory nap. 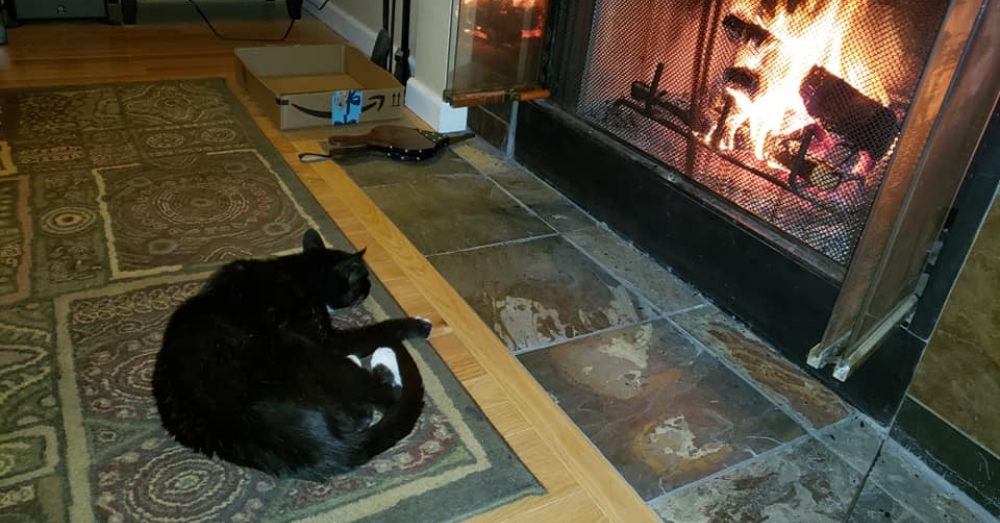 Nobody knows how many more birthdays Sammy has left in him, but Adams has never regretted adopting an older cat. Sammy has proved to be a loving, loyal, and grateful companion who constantly expresses his appreciation to Adams for saving his life.

“I would tell others to take the chance and adopt senior pets,” Adams told Love Meow. “You’re likely to get the sweetest, most loving, most thankful pet you’ve ever had. Sammy requires some extra effort, but I’m so happy to do it for him.”