Since Being Left For Dead At The Shelter, This Feisty “Centenarian” Has Experienced A Remarkable Turn of Fortune

Earlier this month, a gray cat named Ora turned 24, which may not be exceptional for humans but is a really big deal if you’re a cat. Especially for one who’s had a roller-coaster of a retirement.

Around this time last year, when Ora was only around about 100 or so in human years, this friendly old house cat found herself unceremoniously dumped at a Chicago city shelter. At the time, her unworthy human was angry the cat – who would later be diagnosed with a urinary tract infection – had veered outside of her litter box. 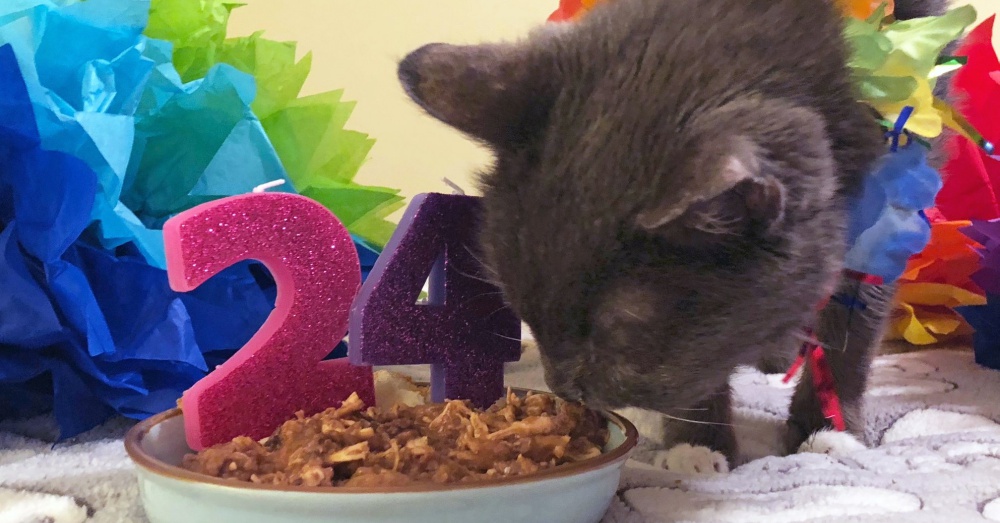 Fortunately, Ora’s fortunes changed again for the better again within 24 hours, when an adoption agency focused on rehoming senior felines, Young at Heart, incorporated her into their program. Not only has this “feisty old gal” made a full recovery, she’s also enjoying her twilight years in supreme feline comfort in one of the group’s sanctuary homes.

Now Ora spends her days catnapping in the sun, window-chasing birds, curling up on her heated kitty bed, and cavorting with other feline seniors. She also boasts a hearty appetite, which was especially evident at her luau-themed birthday — everyone should treat themselves upon reaching 100 years of age. 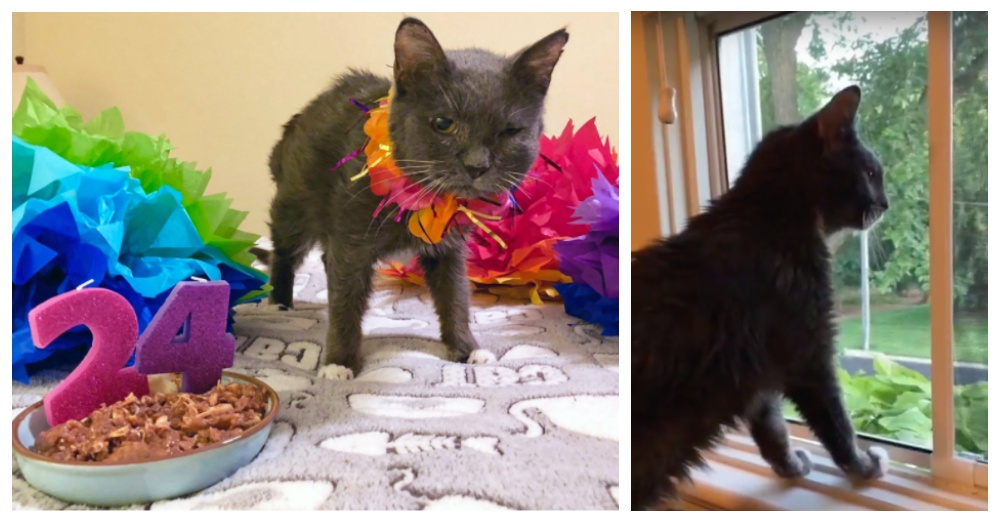 We love Ora’s story, not only because Ora deserves the best, but because senior felines are so frequently passed over in favor of younger kittens. Sure, older cats don’t have the energy of their younger counterparts, but they’re also calmer, easygoing, less destructive, and equally cute. Senior pets are a great option for humans looking to integrate low-key family members and (of course) for anybody with a really nice couch.

Check out the following video to see more of Ora’s antics below, courtesy of Young at Heart Senior Pet Adoptions, which is always looking for humans who share their mission to help senior animals enjoy their twilight years.

Click ‘Next’ for Stories about senior dogs Having a great time!