Dog and Cat Snuggle When Humans Are Away

Whoever said cats and dogs don’t get along never met these two best friends—or at least never saw the webcam videos of them cuddled up on the couch together while their humans are away.

Reddit user elphaba16 owns two dogs and two cats who reportedly all get along just fine, but they aren’t nearly as cuddly when their owners are home as they are when everyone’s out of the house.

One of the dogs, a 5-year-old rescued vizsla named Joule, is a bit nervous, so her owner tried to take her to work for a while but later realized it stressed her out too much. Joule prefers to be at home with her other animal friends, particularly the 4-year-old ginger tabby, Kelvin. 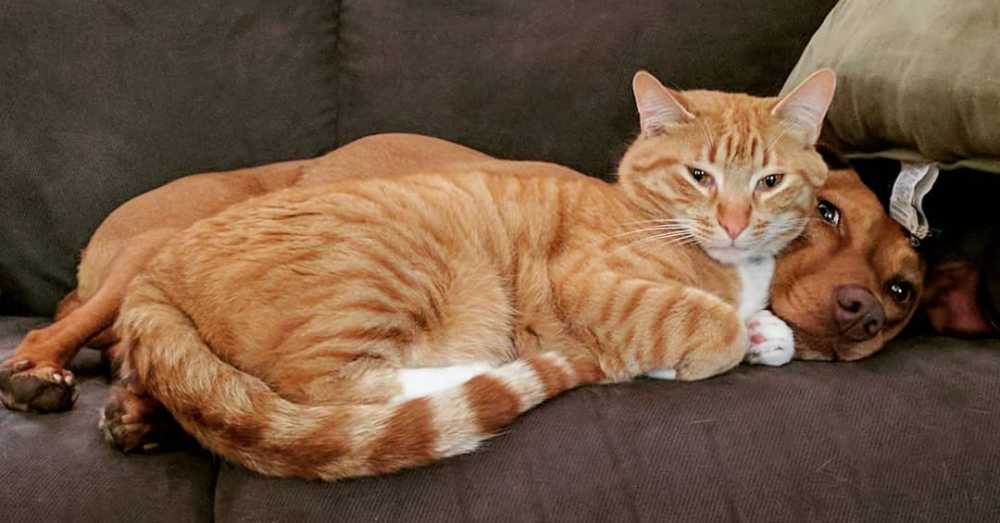 When their humans are out of the house, Joule and Kelvin love to snuggle on the couch together. According to elphaba16, they spend nearly eight hours a day cuddling on the sofa, every weekday without fail. 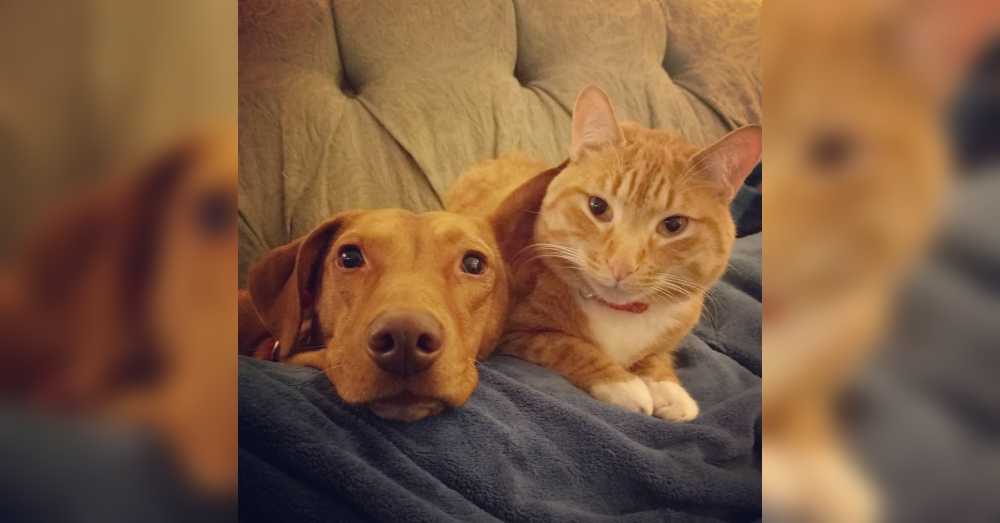 “I usually keep the live stream open on the corner of the second screen of my work computer, so I can watch them be adorable,” writes elphaba16. “During the work week, they snuggle up and sleep together the entire time we are not home. They very rarely do this when we are home.” 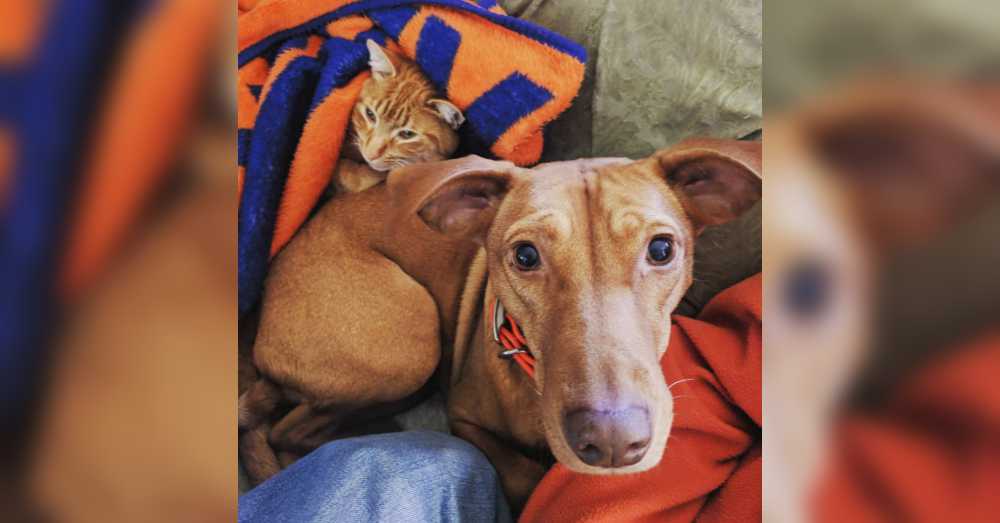 Intent on catching Joule and Kelvin’s lovey-dovey behavior on camera, elphaba16 set up a webcam and aimed it at the couch. Now these pet parents can watch their animals take cat (and dog) naps all day long from work on a live stream. And the best part? You can watch some of the footage too, because snippets of it are posted online for all to see!

Joule and Kelvin have their own Instagram page now (ginger_cat_and_vizslas), filled with photos and videos of the bonded pair snuggled up in their favorite spots, and the internet is going wild for these adorable animals. One of the webcam videos was shared on Reddit and quickly went viral, receiving the Reddit gold award three times. 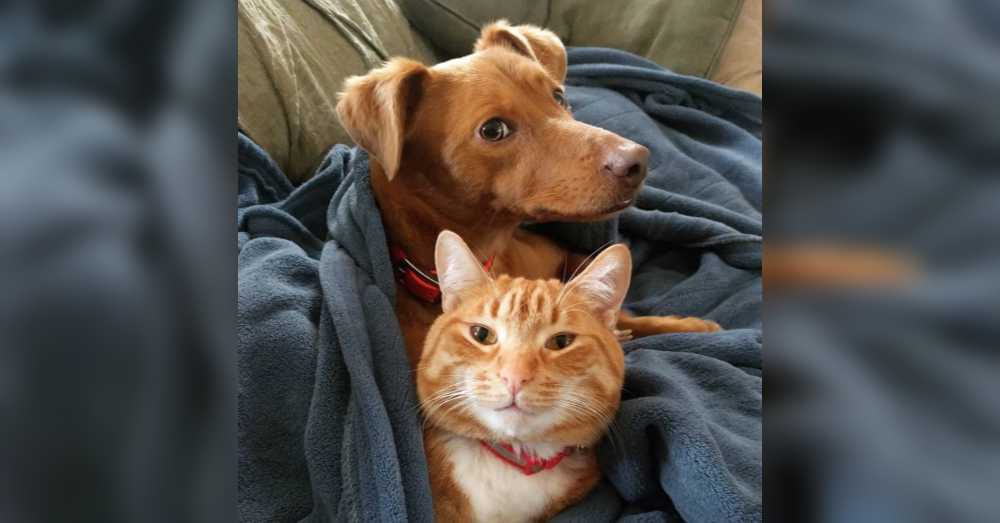 At some point, elphaba16 hopes to set up a live stream that other internet users can watch. But for now, the Instagram clips will have to do. They certainly provide a heartwarming look into the love between these two furry creatures. 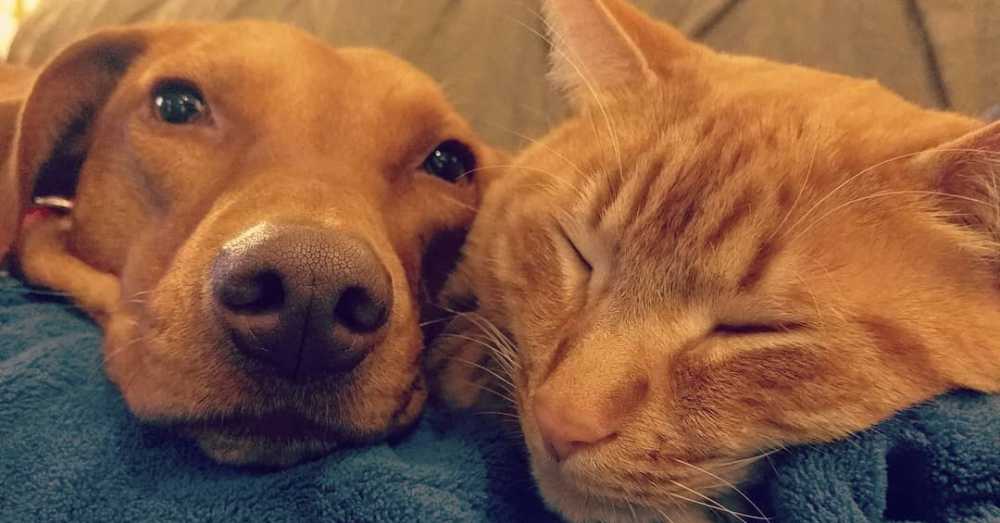 Kelvin seems to act as a sort of therapy animal for Joule, who still suffers from anxiety as a rescue dog. With his help, as well as the constant love of the rest of the family, Joule has come a long way with her nervousness.

Perhaps dogs and cats actually get along a lot better than we humans thought…they just prefer to do it in secret. Check out one of the videos of Joule and Kelvin having a snuggle fest in the video below.

Couple Custom-Builds ‘Mega Bed’ So All 8 Of Their Rescue Dogs Can Sleep With Them: Click “Next” below!