Everyone’s Talking About Abu Bakr al-Baghdadi. But This Little Puppy Lost His Mother In The Raid.

The Internet just can’t get enough of Conan, the military K-9 who helped corner Abu Bakr al-Baghdadi in Syria during a daring midnight raid, where the former ISIS leader detonated his suicide vest upon seeing U.S. commandos closing in.

But there was another dog involved in the raid, although this second puppy’s tale is much sadder. Unlike Conan, who was injured in the blast but will fully recover, this little Syrian puppy lost his mother in the explosion. 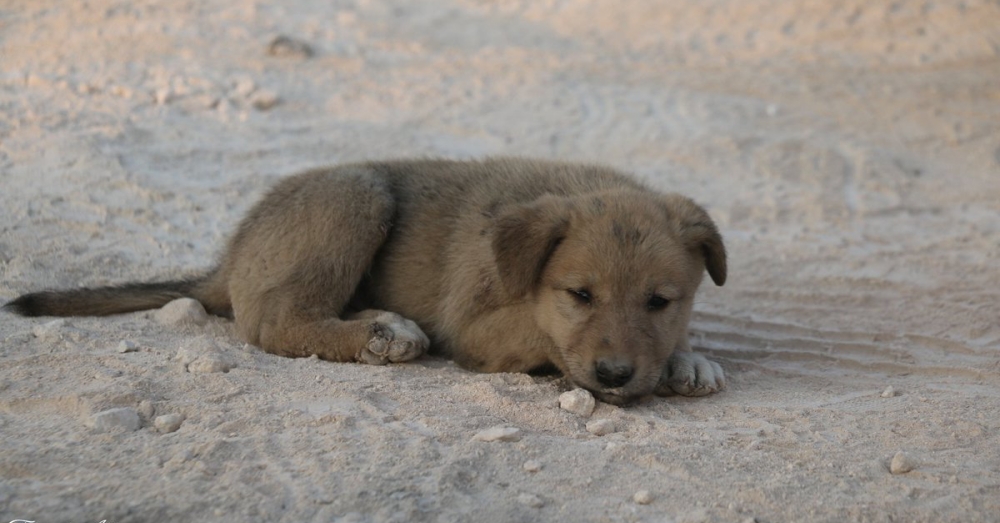 Suddenly orphaned and alone, the puppy would have certainly starved if not for a chance encounter with a kind photojournalist.

Fared Alhor was taking pictures of the rubble-strewn compound on the day after the raid when he heard some frightened cries. “I turned around and, accidentally, I saw a puppy standing next to his mom,” Alhor told CNN, recalling a tiny puppy covered in tears and dirt. “He was howling and sounded sad.” 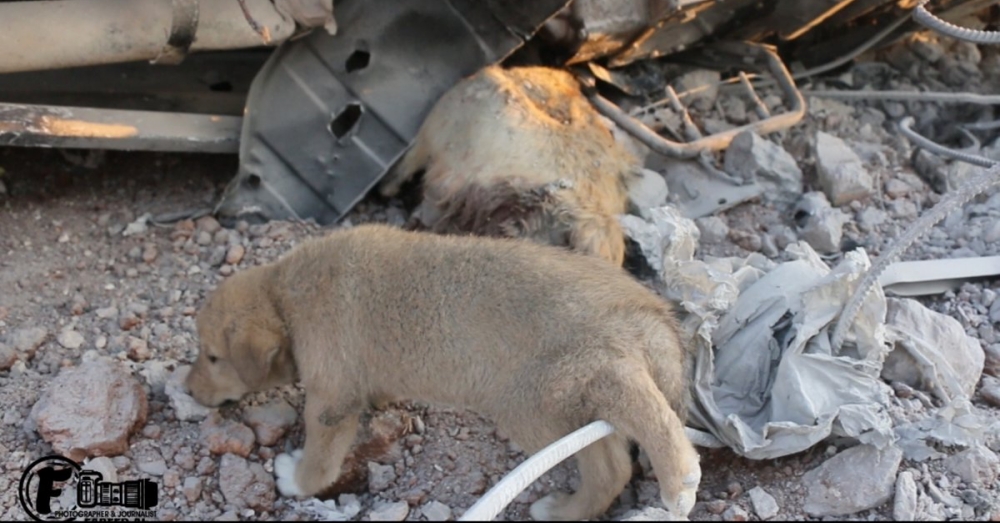 The photographer tried to cheer the small dog, but the puppy’s heart was clearly broken. “I mean, after the bombing, he has no one left,” Alhor said, dismayed at the thought of leaving the tiny animal behind.

Even so, rescuing animals from active war zones isn’t easy, especially if you travel by motorcycle. But the journalist did manage to track down food and a crate to fit the small pup, which he then balanced on the back of his bike. 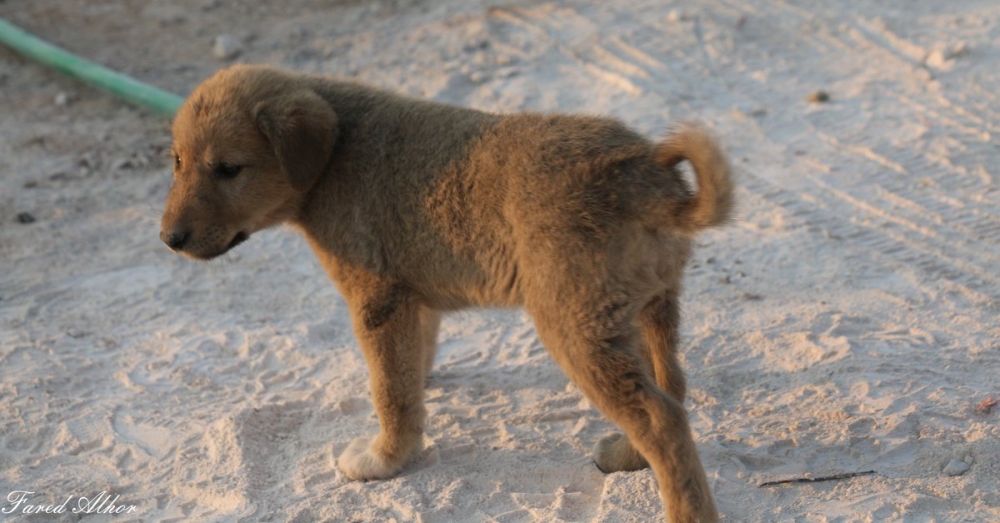 Together, the pair embarked on a treacherous 20-mile journey though an active war zone in pouring rain, but Alhor refused to leave the scared puppy behind. “Despite the danger and despite the cold and despite the rain and despite everything,” he said. 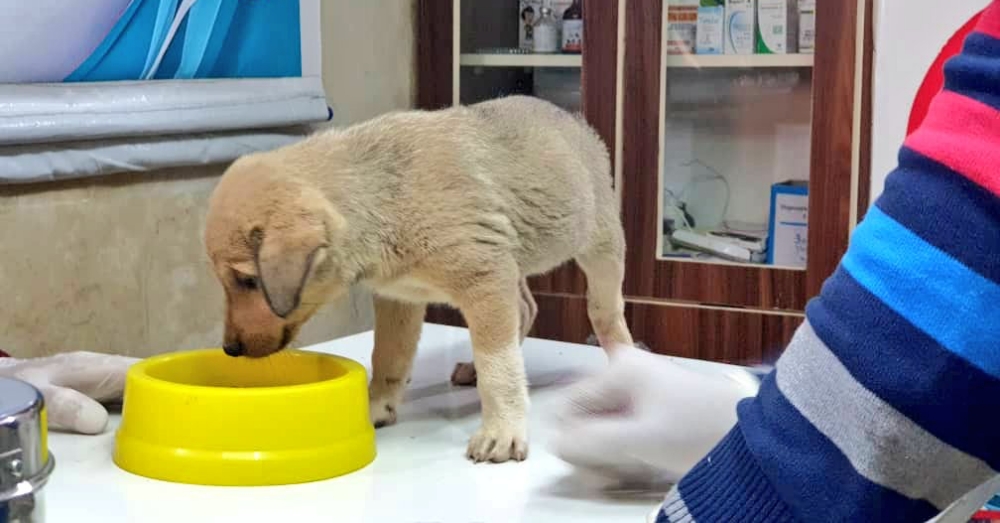 Once they made it safely home, Alhor named the dog Bobe (pronounced Bobby) and briefly considered gifting the dog to a friend with other young puppies. But once again, Alhor found that he couldn’t leave little Bobe behind.

Instead, he took the little puppy to get a health check and vaccines at a local veterinary clinic run by Mohammad Alaa al-Jaleel, aka the “Alleppo Cat Man,” who has earned global acclaim for rescuing hundreds of cats orphaned and/or injured in Syria’s civil war. 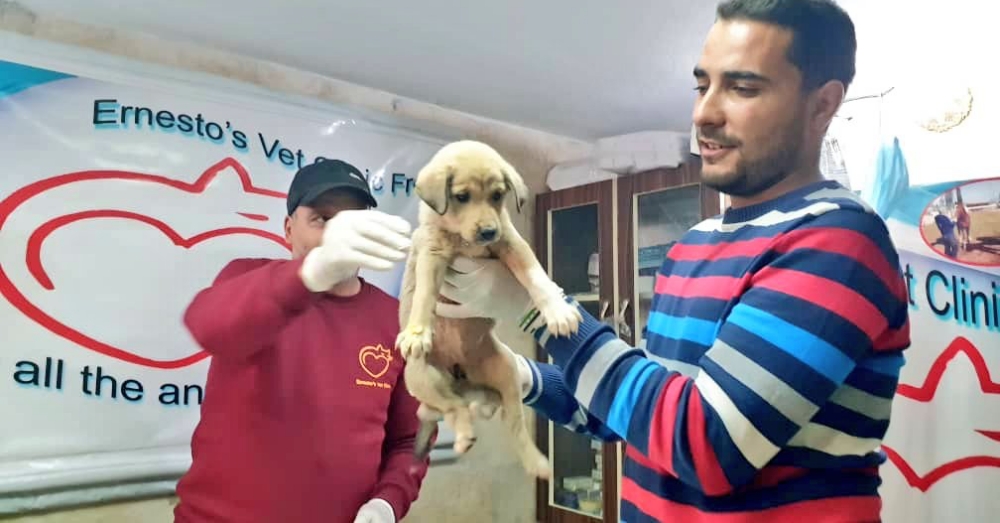 Alhor already considers Bobe part of his family, and although money is tight, he’s already planning to build the puppy a doghouse and give him everything else he deserves. “He will have a good life and we will settle down, me and him,” he told CNN.

Thank you, Fared, for saving this little puppy’s life!