The Orca Project posted an overhead map showing the size of a SeaWorld orca pool alongside the size of a lake used for leisure activities. It has gone viral.

Since the image was posted on Facebook, it has been shared tens of thousands of times. Apparently, the map was drawn to show the difference between the orca pool at SeaWorld Orlando, a lake nearby used for leisure activities and the parking lot. The relatively small size of the orca pool has sparked outrage.

Colored rings are used on the image to show the different locations. It also includes the message: “The yellow line is the SeaWorld Orlando car park. The redline is a lake for humans to go play on paddle boats. The blue line is where the Orcas spend their entire lives.” 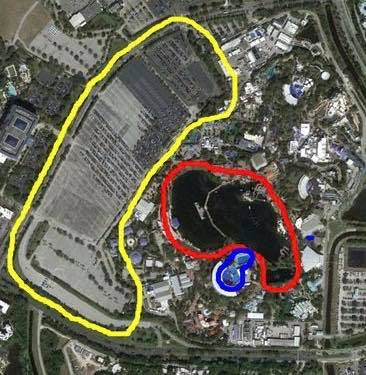 The Orca Project commented on the post and suggested that everyone should watch a 2013 documentary, Blackfish. That documentary was critical of SeaWorld and how it treats the animals under its care.

The comment read: “For everyone new to The Orca Project and the cause we are working for here – to get these magnificent orcas retired to a coastal sanctuary so they can live out their lives in their natural habitat – we want to thank you immensely for the outpouring of support.

“If you have not yet seen Blackfish, the critically acclaimed film that SeaWorld doesn’t want you to see, you can watch right now on Netflix. It truly only skims the surface of what goes on behind the walls of SeaWorld with their captives and their trainers.”

The comment continued: “Tilikum has been the inspiration of our project over the past 9 1/2 years and is the lead character of the riveting documentary. He will forever be the game-changer. His story will move you in ways you never imagined.

“SeaWorld Orlando is where he lived as a mere shadow of the life he deserved and of his wild counterparts. If you are a little afraid to watch it because you think it’s too painful or difficult to see the reality of animal exploitation and abuse, you would be doing Tilikum and all of the other captives a disservice by not watching. Do it for him. Do it for all of the captives. It will change you. 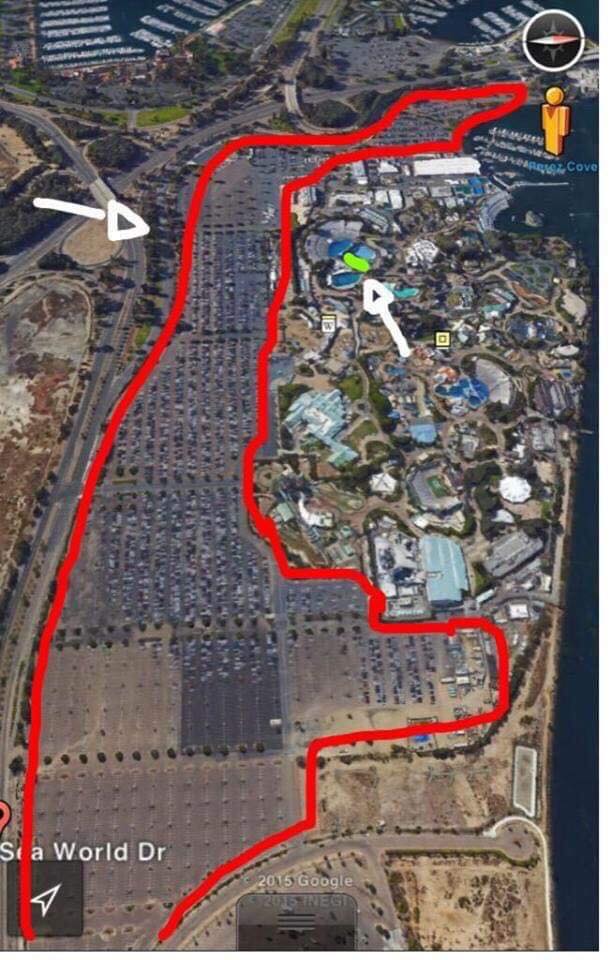 Photo: Facebook / The Orca Project / The red line is the SeaWorld car park in San Diego. The green line is where the Orcas spend their lives.

“It is true that once you see it, you cannot unsee it. If you’ve already watched, watch it again as it will inspire you over and over again to speak up and fight like we do – for all captives.”

Many individuals, as well as companies, have come forward to express their concern over what is happening at SeaWorld. Virgin Holidays, for example, announced last month that packages to attractions such as SeaWorld would no longer be offered. They will be offering packages to ‘more natural’ animal encounters.

In addition, orca Kayla died in January at SeaWorld Orlando. She was 30 years old.

SeaWorld said the following in a statement: “The entire SeaWorld family is deeply saddened by the loss.

“While today is a difficult day for all of us at SeaWorld, Kayla inspired generations of guests and employees to care and learn more about this amazing species.”