Many agree that airports are the worst part of traveling, probably second only to dealings with the TSA. Such shared misery is likely one reason the Internet cheered when a corgi named Cora, waiting for her flight out of Seattle, reached out to commiserate with a fellow passenger – achieving virtual fame in the process.

“Cora quietly tiptoed away from me during our crazy long layover and plopped herself right next to a complete stranger,” Cora’s human, Madison Palm, wrote on Facebook, alongside a video that’s been viewed over 400,000 times. That man proceeded to pat the corgi and then teared up, telling Palm he’d actually lost his dog the night before and appreciated Cora’s olive branch. How’s that for canine intuition? 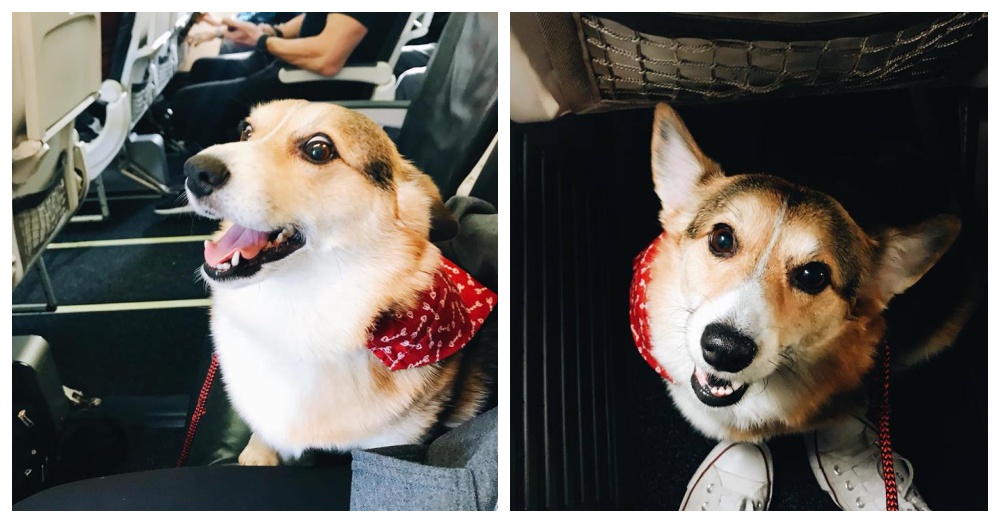 Nobody was surprised to learn Cora is already in training to be a therapy animal, though, according to Madison, this intuitive canine has been working under the table for most of the past year. Cora “helps me stay calm in chaos,” Palm told Today of her aspiring therapy pet, who has been instrumental in helping her manage anxiety during their 7 months together.

Palm remains amazed at Cora’s intuition, particularly because this eternally sweet canine once had a very different life. After the 8-year-old corgi was caught killing chickens, Cora’s previous owner passed her off to the first taker on Facebook, which inspired 23-year-old Palm to bring Cora home. She discovered that Cora been severely neglected, served leftover scraps rather than anything nutritious, and literally left out in the cold. After such a hard life, Palm remains amazed that Cora can not only trust humans, but also has genuine affinity for them. 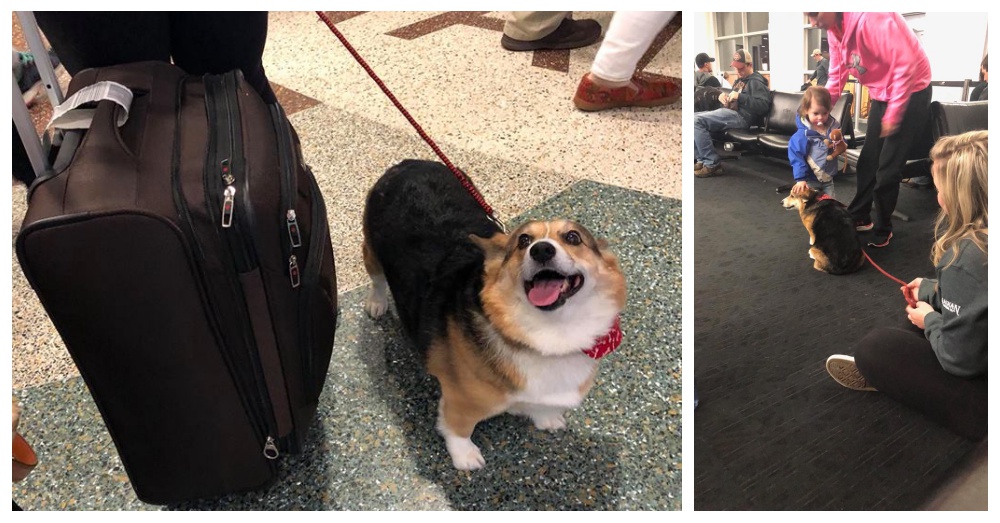 Cora’s pending degree is unlikely to win her any special travel privileges, however. Some airlines are mulling new restrictions on the growing numbers of airborne therapy animals, which have soared 150% since 2015, according to Reuters, with a corresponding number of safety incidents. We doubt Cora herself will be hurting for character references, but surely some virtual celebrity can’t hurt.

Click “next” to learn about other ways therapy animals can reduce airport stress!