The United States federal government was shut down for 35 days between 2018 and 2019, marking the longest U.S. government shutdown in history. During that time, millions of Americans were forced to enter the new year feeling uncertain about their future, wondering whether or not they’d see another paycheck, or be able to support their families.

Oh, and a gang of seals took over a beach in California.

While government employees were on furlough, including those who maintain and monitor beaches along the Pacific coast, dozens of seals began to congregate at Point Reyes National Seashore. 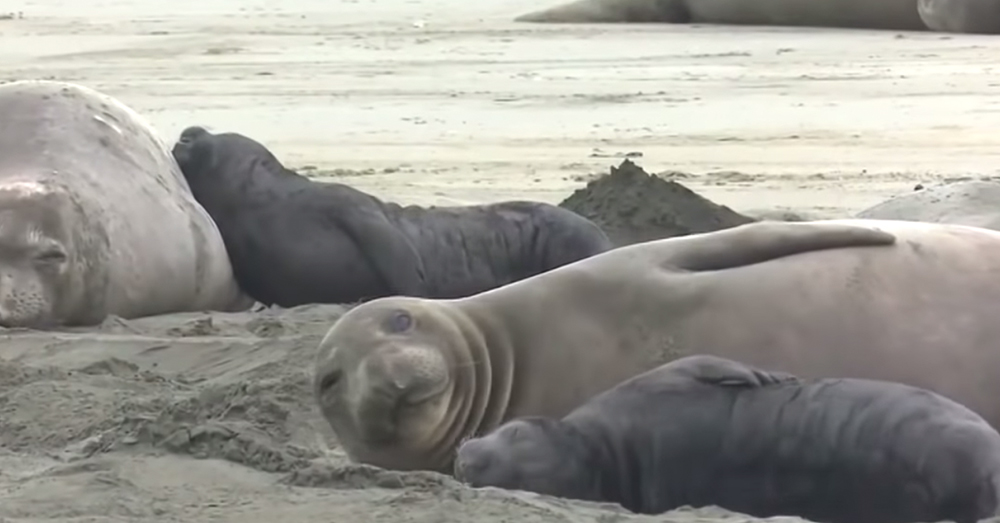 “Drakes Beach and its access road from Sir Francis Drake Boulevard are temporarily closed to all vehicle, foot, & bicycle traffic due to elephant seal activity in the area,” the federal government warned visitors.

Once a hotspot for tourists, about a 90-minute drive northwest of the Bay Area, Drakes Beach is now a breeding ground for nearly 100 elephant seals. 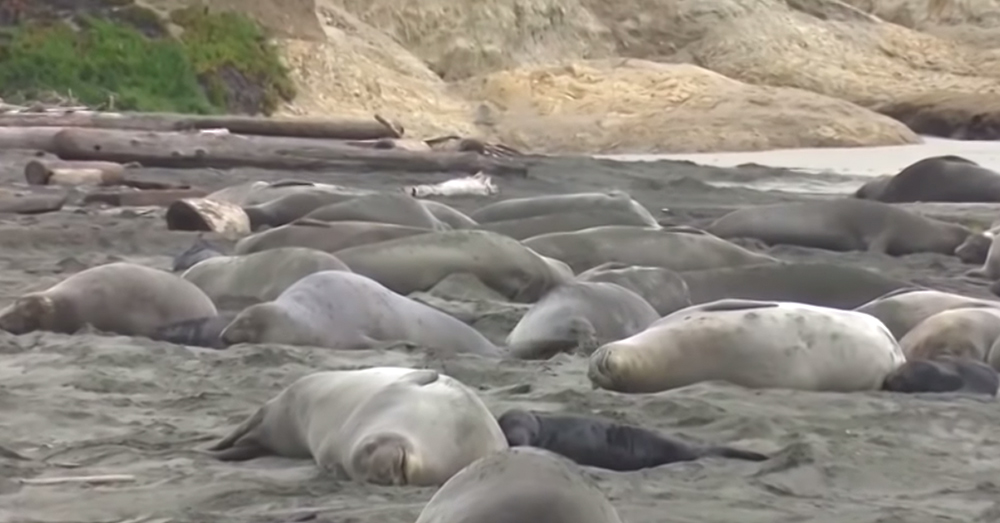 “This is a great opportunity for folks to see ‘em up close,” ranger Carlo Arreglo told radio station KPIX. “We want to take advantage of that, but also keep the seals the pups safe.”

Arreglo maintains there are at least 53 cows, 10 males and 52 pups taking residence at Drakes Beach, California. They’re expected to stay for a while, too. It would take countless hours, costing the government much more, to relocate the animals, many pregnant or nursing mothers, some of them weighing up to two and a half tons. 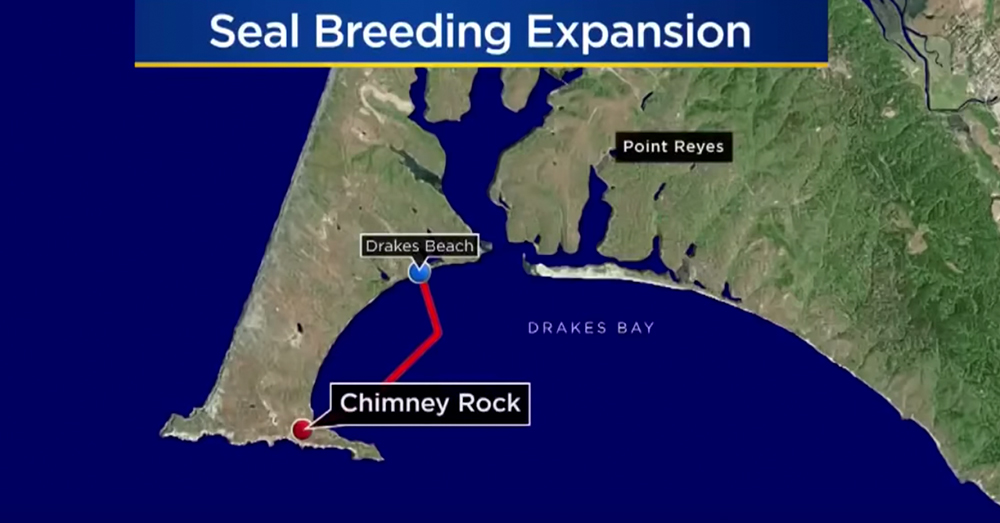 According to the San Francisco Chronicle local naturalists have long-kept seals off the beach with a cost-effective solution, shooing them away by waving large blue tarps.

“It doesn’t scare them, and it’s a standard technique used with elephant seals,” said John Dell’Osso, chief of interpretation and resource education for the seashore. “This would have kept them farther away from tourists.” 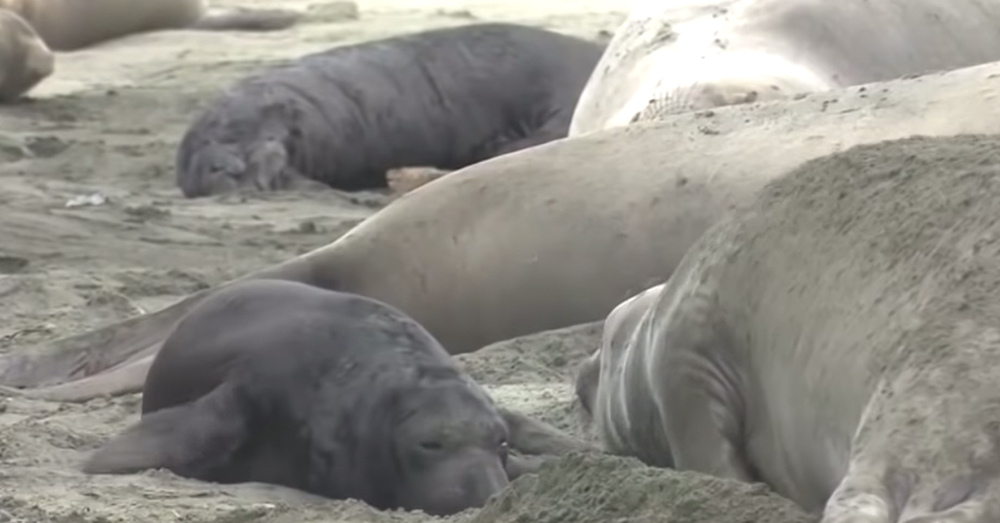 Source: YouTube/KPIX CBS SF Bay Area
If you are a seal watcher, now is a great time to check these basking beauties out!

Elephant seals are not typically aggressive creatures, though they have been known to get upset when humans annoy them or near their young. As Vice reports, two adult male seals were spotted in the parking lot at Drakes Beach, one climbing ramp to the nearby visitor center and another shading itself under a picnic table.