Animal friendships that cross-species are the absolute most beautiful thing in the world. And Aayla the rescue seal and her buddy, Stanley, a two-year-old dachshund, are no exception to this rule. These two became the most unlikely pairing of vacation friends.

Aayla and Stanley first met at the Sea Life Trust Cornish Seal Sanctuary in Cornwall, while Stanley’s owner, Melanie Talbot, was vacationing there. 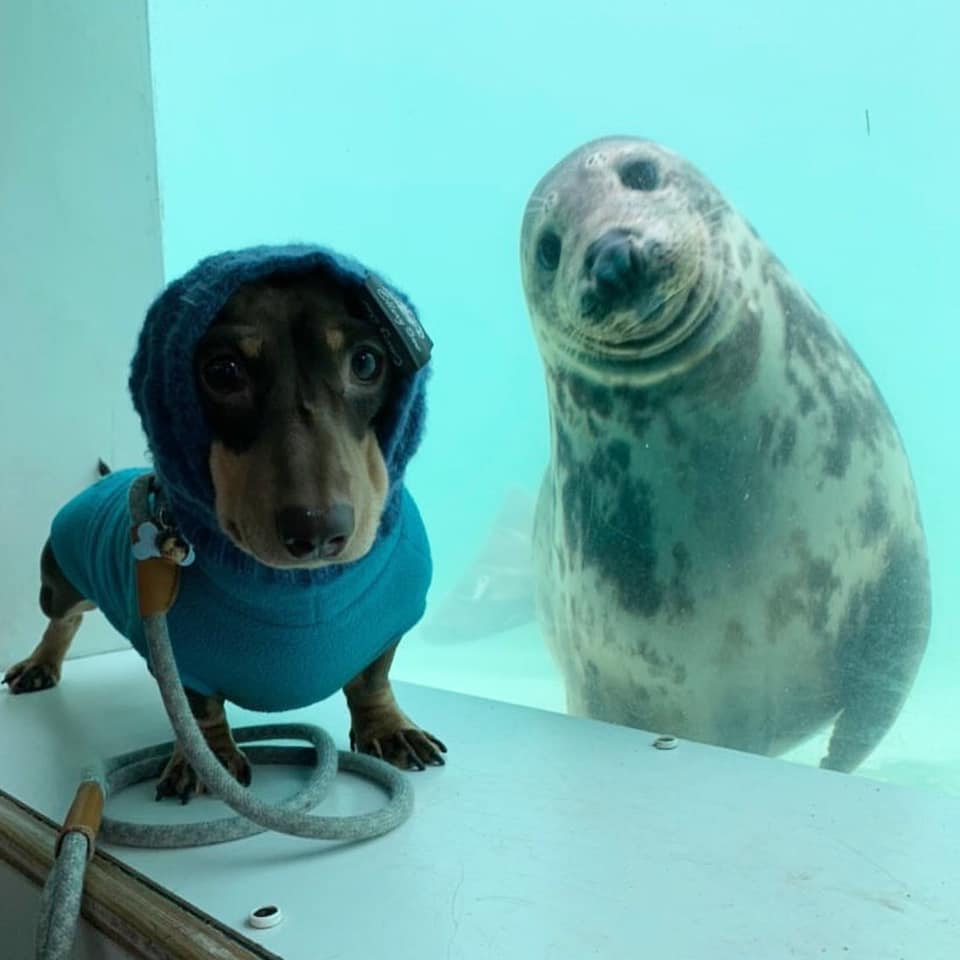 During their very first encounter, Aayla swam straight up to Stanley and befriended him. The pair then spent 20 minutes posing together for pictures.

The adorable pictures were shared to the sanctuary’s Facebook page. 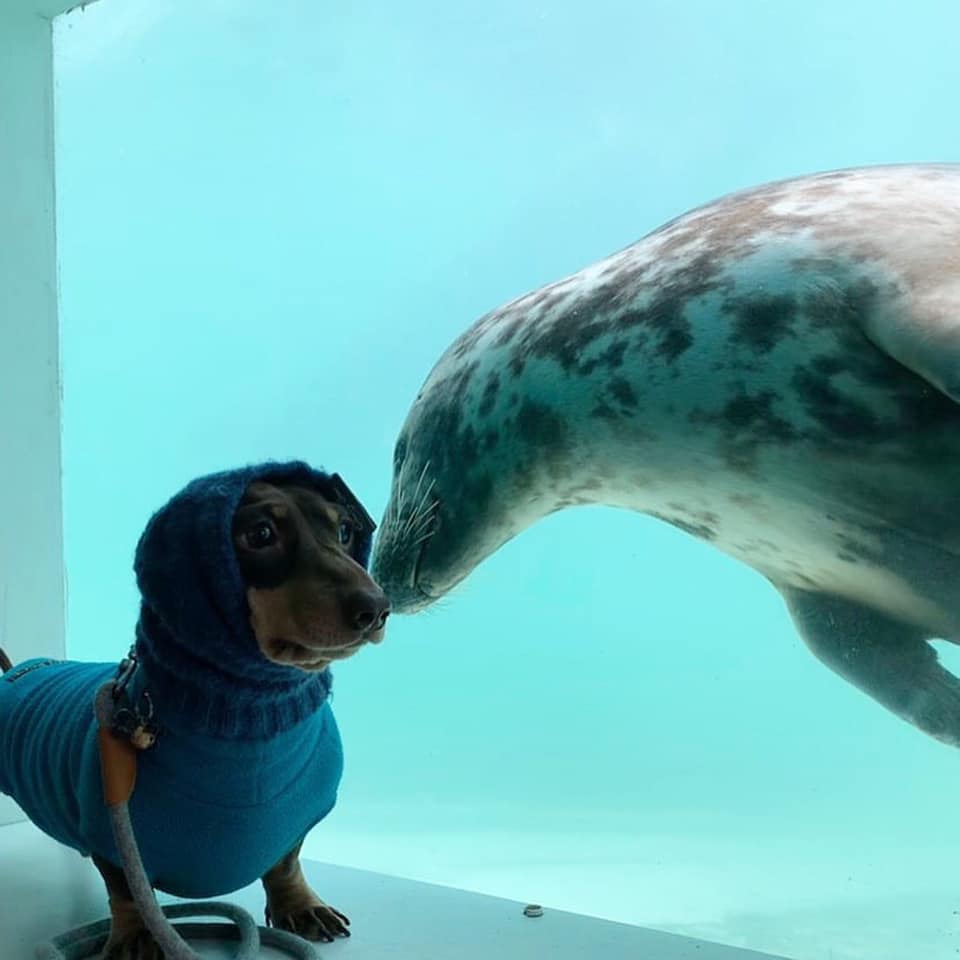 The page wrote, “DOG OF THE WEEK. We’ve decided as we get so many incredible dogs visiting us, we wanted to share our favorite each week (trust us, it is hard to pick!) This [week’s] winner is Stanley, who shared a magical moment with Aayla.”

Melanie wonders if Aayla mistook Stanley for a small seal since at the time, he was wearing a fleece jacket and snood.

However, regardless of whether or not it was a case of mistaken identity, the comments section on the post shed some light on the fact that Aayla loves nothing more than bopping noses with furry friends.

This Rescued Bulldog May Look Tough, But He's Really A Sweetheart Who Loves To Cuddle With Kittens: Click “Next” below!

This Rescued Bulldog May Look Tough, But He’s Really A Sweetheart Who Loves To Cuddle With Kittens