Maine is known for its beautiful scenery, lobster rolls and most recently for a seagull named “Stuart”.

Alicia Jessop was soaking up all that Maine had to offer on her first trip. She stopped at a local restuarant, Fox’s Lobster House, for a lobster roll – which she paid $21.50 for – and planned to eat it while taking in one of the picturesque lighthouses. 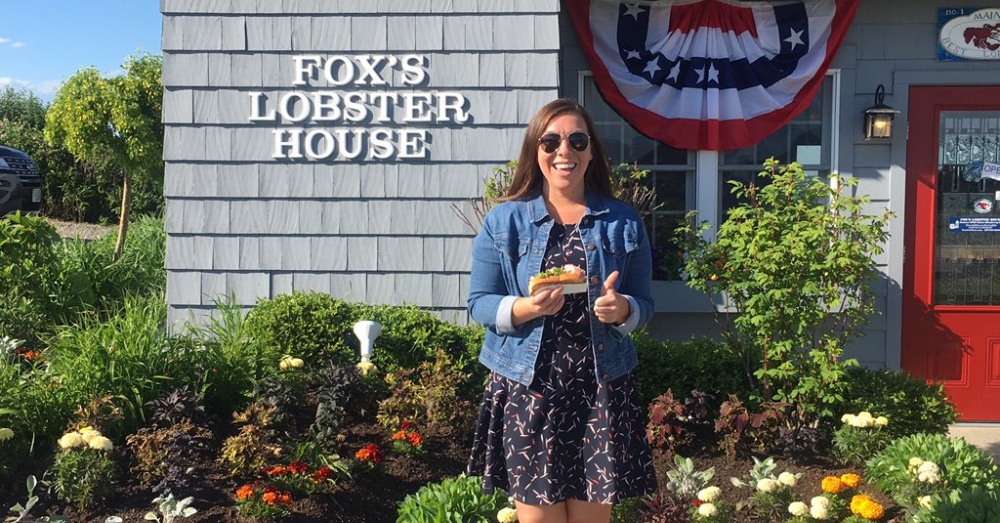 Before diving into her lunch, she thought she would pause and a take a photo to remember the day. Just as she posed with the lobster roll in her left hand and the lighthouse in the back – a seagull appeared out of nowhere and grabbed her sandwich.

She managed to capture a remarkable and picture perfect moment as the seagull stole her lunch. The seagull that she named Stuart has taken the internet by storm. Stuart dropped the lobster roll into the water for his friends to feast on as well. Well played, Stuart. 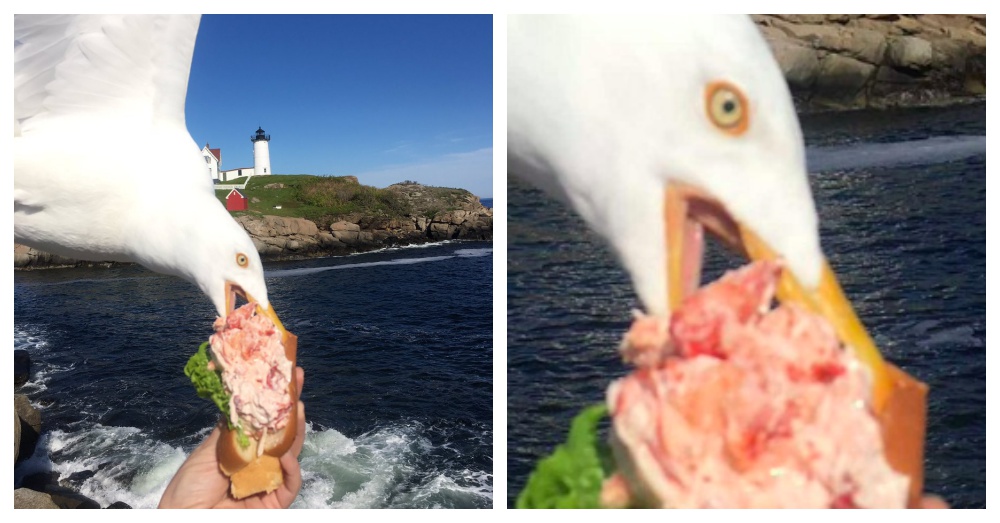 She returned to the restaurant to purchase another lobster roll and posted, “$43 and one seagull attack later, I am now enjoying my first lobster roll at Fox’s Lobster House in York, Maine.”

The viral photo was posted on Jessop’s Twitter page with the caption, “This is why we can’t have nice things.”

She told NBCLA, “I think what the world really needs right now is a laugh, so if my $21.50 can make hundreds of thousands of people laugh – I am all game.” 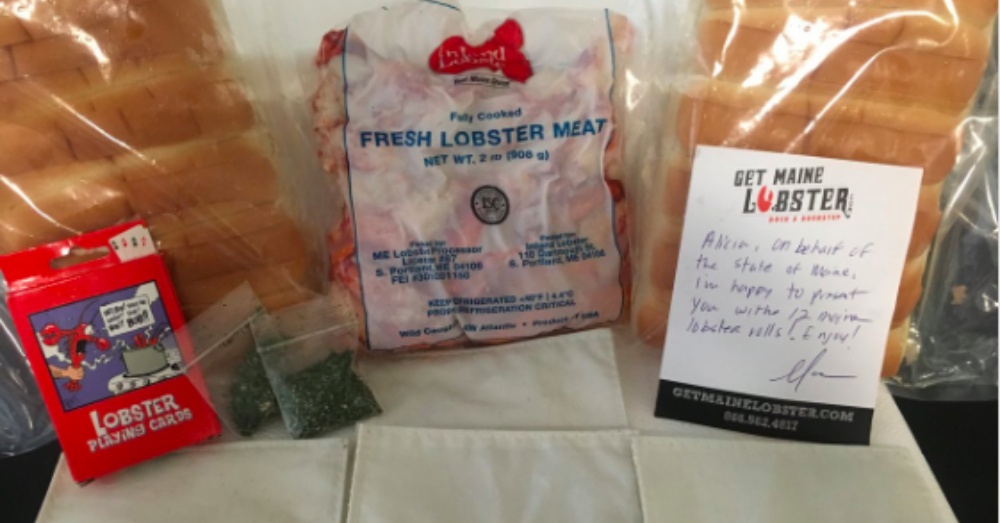 People from around the world have laughed at and commented on the photo. Get Maine Lobster even sent Jessop a lobster roll kit and a letter that read, “Alicia, On behalf of the state of Maine, I’m happy to present you with 12 Maine lobster rolls! Enjoy!” They even included a deck of lobster playing cards.

Jessop commented on her own post saying, “Glad we can all agree that you never see the seagull coming 😂”. Her trip to Maine was one that she and thousands of others will not soon forget.

Three Golden Retrievers Attempt To Share A Frozen Treat, But One Outsmarted The Others: Click “Next” below!