Though many times larger than your average dog, sea lions are also social critters who love to cuddle and play, travel in packs, and are even distantly related to canines. So it’s little wonder these marine mammals (and their close relatives, seals) are frequently known as the “dogs of the sea.”

Two adorable “sea dogs” made an appearance in Olympia, Washington, where the chunky duo decided to surreptitiously board a sailboat. 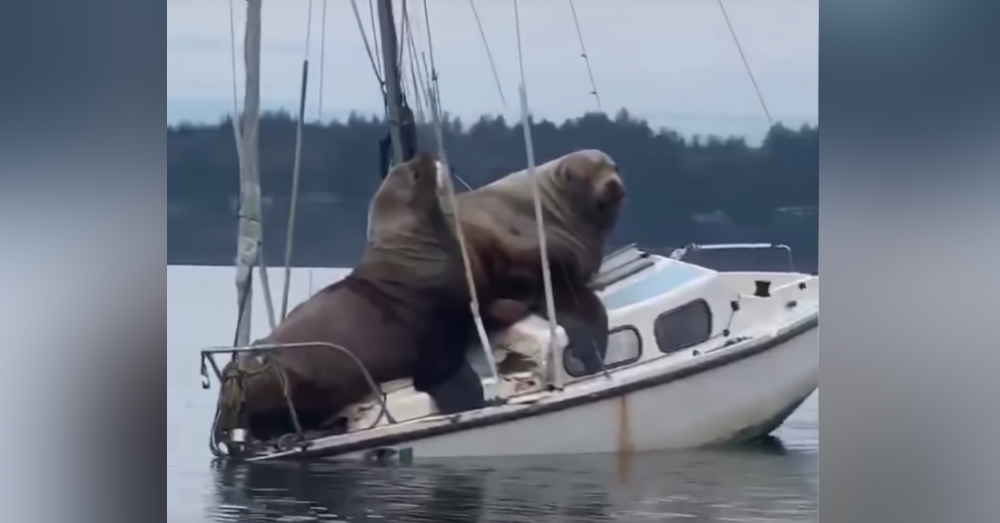 Unfortunately, this bovine pair wasn’t exactly beach ready. Video footage taken by nearby boaters reveals that their enormous weight – on average 220 to 660 pounds each, respectively, for female and male sea lions – nearly sunk the vessel.

“It looked a little off and we got closer and closer and realized there were two massive animals on board,” a nearby boaters, Josh Phillips, told The Olympian. Phillips quickly posted his video on Instagram, where it quickly went viral.

“That is awesome… maybe not for the boat owner” one viewer commented.

At least a third sea lion didn’t manage to board the boat, which is already struggling to support the weight of these hefty stowaways. Additional video depicted the third animal trying without success to join this joy ride. Alas, there just wasn’t room. 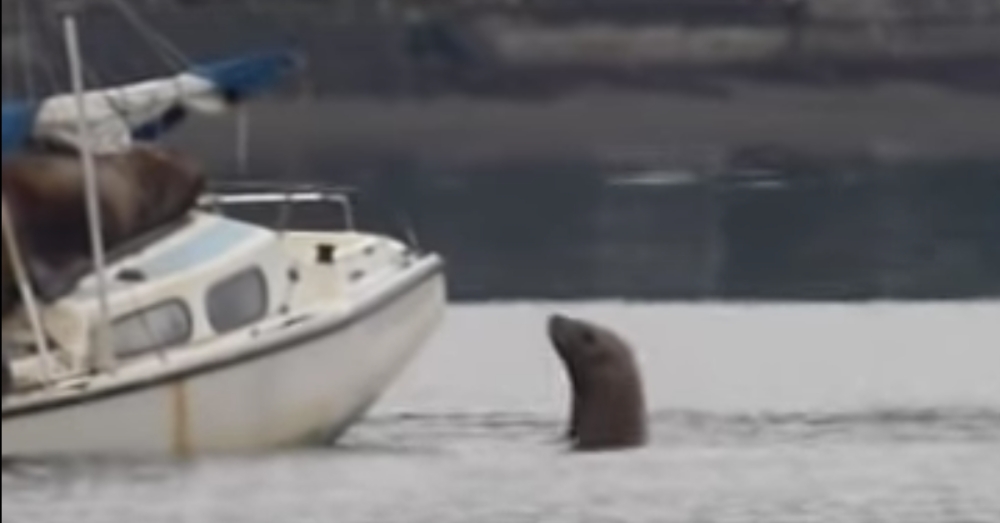 “Landon, if you’re watching this video, I’m sorry about your boat mate,” the second videographer, Sam L, wrote in his video caption.

Check out this adorable sea lion party in the video below!