A man found something unusual on a beach in Australia and shared a picture of it on social media. He included the following caption on Facebook: “ID on this alien looking thing that washed up on Leighton Beach.”

Somebody who saw the post appeared to know what it was and said that the man should “get a plastic bag and throw it away.”

According to experts who spoke with Yahoo News Australia, the strange-looking creature on the beach was a sea hare.

According to a professor from the Department of biological sciences at Macquarie University, Culum Brown, the creature will produce a purple dye when alarmed. 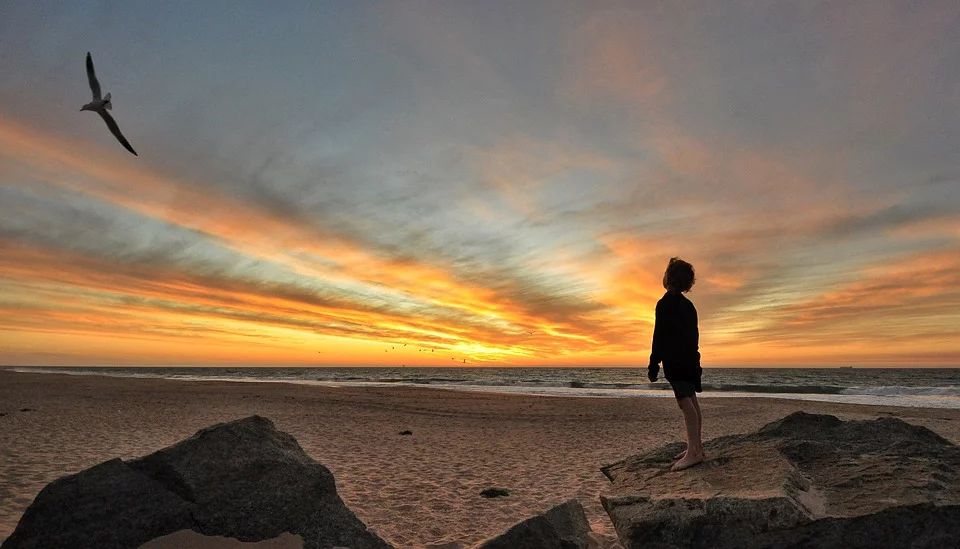 “They are mildly toxic,’ Professor Brown told the publication, adding, “depending on the algae they have been eating.”

Another strange-looking sea hare was found just north of Brisbane not long ago. 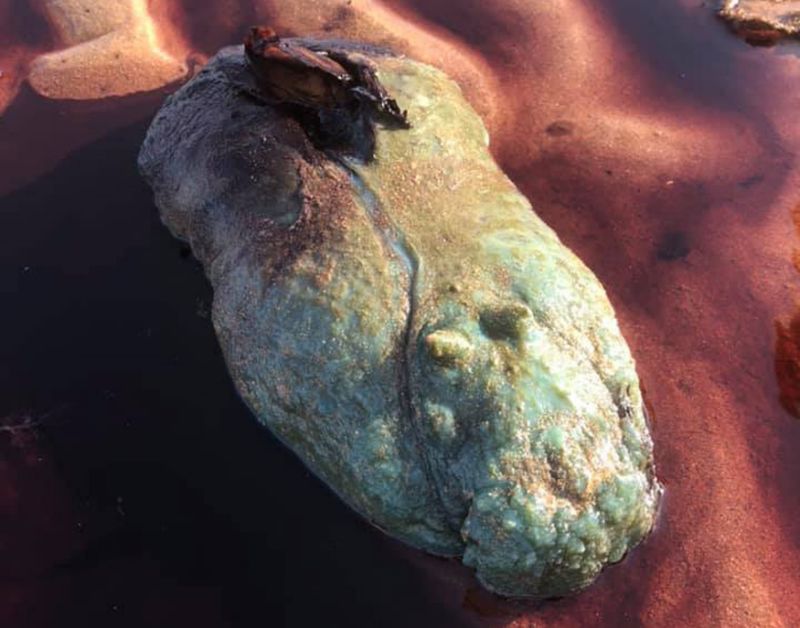 The woman went on Facebook last October to describe a ‘bleeding’ creature that was found on Scarborough Beach.

“Does anyone know what this is?” she asked, adding, “found at Scarborough beach with blood coming out.”

32 different species of sea hares are known to exist in the Indio-Pacific Ocean. A full-grown adult may way up to 30 pounds.

It is thought that sea hares are similar to octopi because they can defend themselves with the use of ink. It seems as if sea hares tend to use that mechanism in defense, whereas octopi use it as a means of escape. There are toxins within the ink produced by the creatures that may be poisonous to dogs. 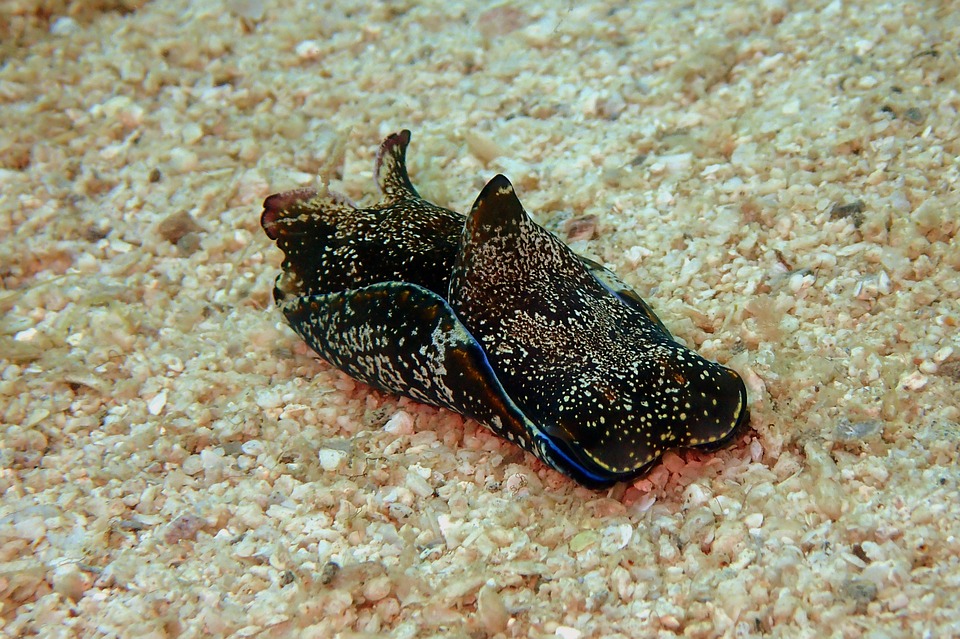 A Swans Veterinary Services associate vet, Dr. Joshua Ovens, had previously warned people who are concerned that their dog may have eaten a sea hare to contact a vet without delay.

He said the following in 2018: “In terms of clinical signs, if your dog has licked or eaten one, they’ll tend to drool excessively, they can get muscle spasms and begin shaking, vomiting and it can progress to seizures and possible death if they get a really large dosage.”

He did admit that some dogs tend to be “more susceptible to it” and some of those creatures produce additional toxins compared to others.