Children are the future and we need to be teaching them to be kind to animals, not to kill them for fun and profit.

People are outraged over the recent program started by South Dakota Governor, Kristi Noem, that rewards kids and all state residents for trapping and killing animals. 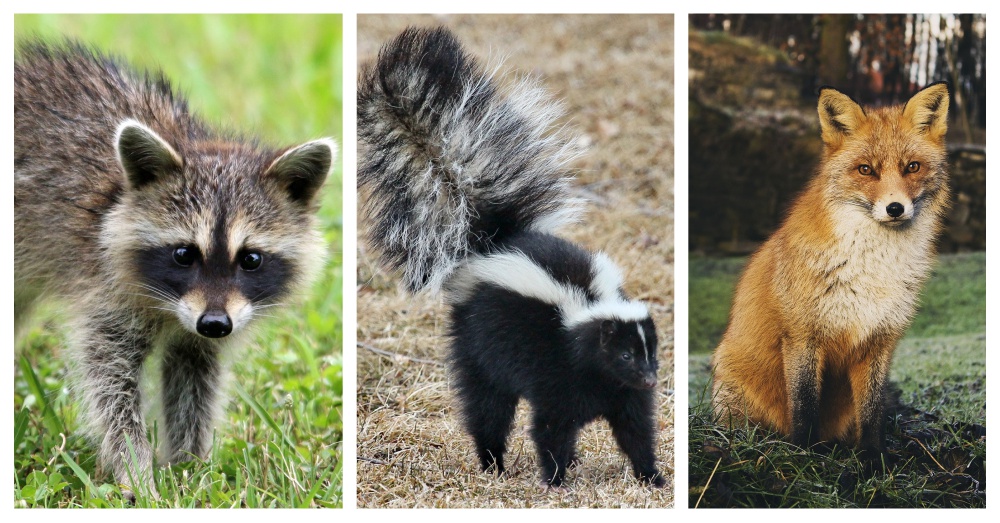 The South Dakota Game, Fish and Parks (GFP) is offering residents of all ages $10 for each tail of raccoon, striped skunk, badger, opossum, and red fox they turn in. They are only requiring the tail with the tail bone still inside, which means that people are not just killing the animals but cutting off their tails for money.

To make matters even worse, people are permitted to trap and kill “free-ranging young”. Also the young that are orphaned after their mothers are killed will die as well.

The purpose of the program as stated by GFP, “The South Dakota Game, Fish and Parks is focused on increasing participation in trapping from all ages while at the same time, reducing localized populations of nest predators as a way to enhance pheasant and duck nest success.” 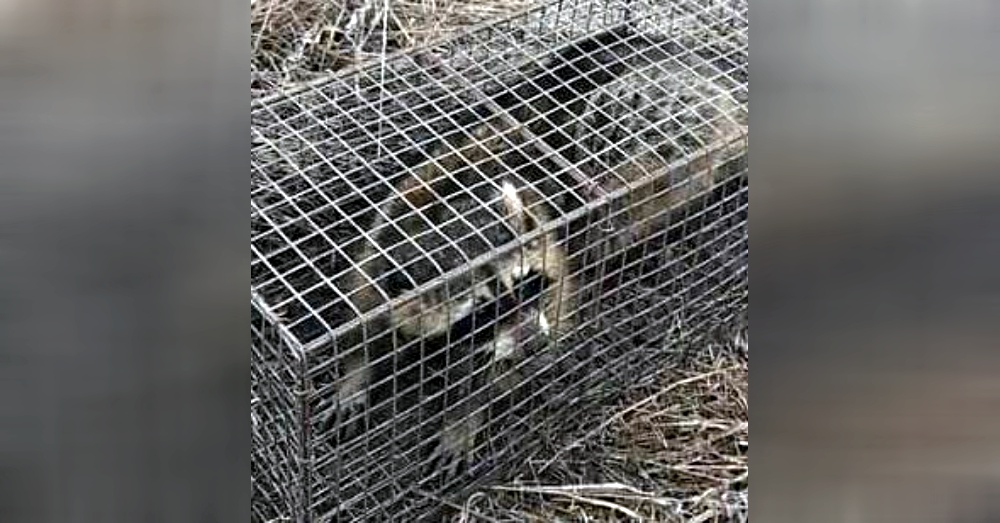 However, the program was not discussed with GFP commissioners or state sportsmen before it began reported Rapid City Journal. Supporters for the program say it will keep up the state’s tradition of trapping. People who oppose it say that the program will not increase nesting areas for pheasants and ducks because predators are not the problem – humans are. The lack of habitat due to chemical fertilizers and draining wetlands is the issue not the predator animals.

Noem recently posted on Facebook, “Love seeing kids this excited about being outside!! Our nest predator bounty program launched this week, and we’re seeing great results. Let’s get kids away from the x-box and out with the live box!” What was just as disturbing as the post was the pictures of young children smiling next to dead or trapped animals.

The post has people outraged and voicing their concerns through comments. Over 4k people commented on the disturbing post with most against it. One person said, “Really disturbing that anyone would teach children that killing is fun.”

Another said, “This is the absolute opposite of how to teach children compassion, empathy and respect! A small child hovering over an innocent animal in a trap that’s about to be killed is not teaching her anything other than cruelty. Way to set a standard in education, Gov. Noem.” 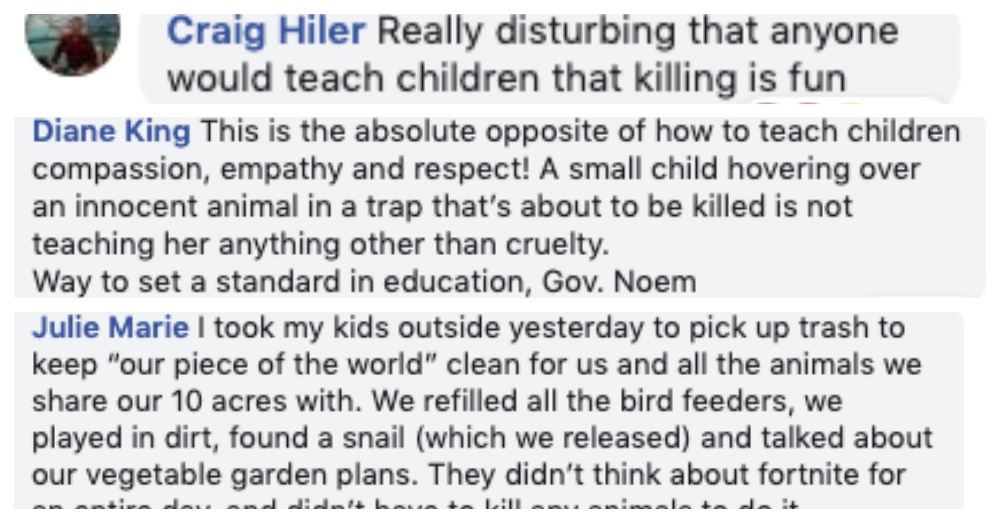 One woman wrote, “I took my kids outside yesterday to pick up trash to keep “our piece of the world” clean for us and all the animals we share our 10 acres with. We refilled all the bird feeders, we played in dirt, found a snail (which we released) and talked about our vegetable garden plans. They didn’t think about fortnite for an entire day, and didn’t have to kill any animals to do it.”

Killing innocent animals will not solve anything. Children need to be taught to have compassion for animals and treat them with respect. You can help end this by signing this petition by Care2.