A Couple Was Volunteering At An Animal Shelter, When They Broke The Unwritten Rule….

Logan Lay and his girlfriend, Hayley Jost went to the Austin Animal Center to find out how they could volunteer and get more involved. Before they even went into the shelter, the couple told the Dodo they turned to each other and made a promise to NOT come home with another animal.

“We’ve got a big ol’ baby [Dog] at home already……. but the cuteness of all the puppies around us was slowly starting to creep into our hearts.”

Since the couple did not have the proper paperwork to be a volunteer at the center yet, the most they could do was walk the dogs that were the easiest dogs to handle at the time. That’s when good problems arose as Jost and Lay met Scout. 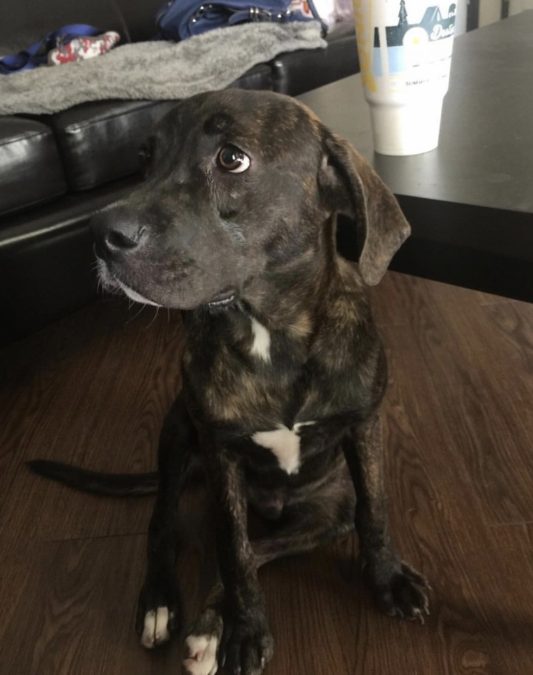 Jost told the Dodo “We walked to the back and started looking at the dogs on the whiteboard that hadn’t been let outside yet and saw one with a description of ‘Big Scared Puppy.’ Lay and Jost took Scout outside for a walk, and he was so excited to finally be out of his enclosure, in the fresh air, with people to love on him.

However, when it was time to go back inside, that’s when Scout made it known he did not want to go back in a cage. 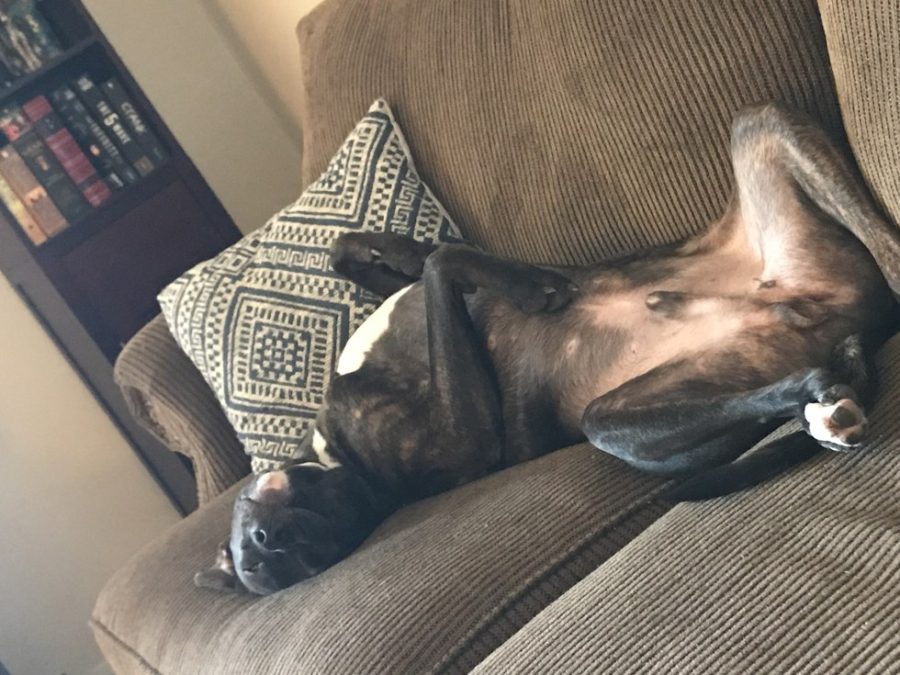 “When he realized he was going back to his cage, he panicked and let out the softest cry. I turned to Hayley and said, ‘I don’t think he wants to go…’ and in that moment we kind of just nodded in agreement and slowly turned back around to the lady in charge,” Lay told the Dodo.

When Jost and Lay found out that adoptions were only $25 that day, they knew it was meant to be. “Scout and Ty are best friends now,” Lay said. “They both sleep in the bed with us and take up like 80 percent of the space, but we make it work.” 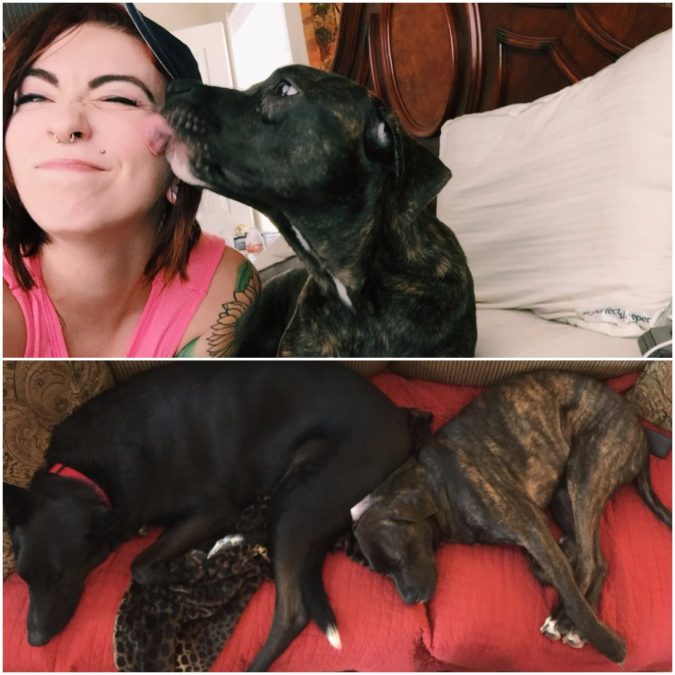