Dog Tied To A Pole With A Heartless Note

Scooter was traveling with his human, Eric, when both of their worlds were completely shaken upside-down. Eric had been in trouble with the law before and unfortunately, ran into the law again. However, his run-in with the police wasn’t the only devastating thing that made him upset.

Eric was with his two friends and his dog when he was arrested and put into a patrol car. The officers decided to surrender Scooter to his two friends, as they agreed to take care of the dog. However, a couple of hours later, two women found poor Scooter tied to a pole only a few hundred yards from where his human was arrested. The pup was found with a sign that said “Free pup. Name is Scooter. Owner went to jail today.” Blanca Anahi Cushman and her cousin found him and were enraged to see what Eric’s friends did. “My cousin just found this dog tied to a tree at the back of Muv Fitness West Columbia and we don’t know where to go from here…clearly the owner is a piece of garbage and left the dog here. It’s getting dark and I don’t want to leave him does anyone have any ideas please, I can’t keep the dog for the long term,” Cushman wrote on Facebook. 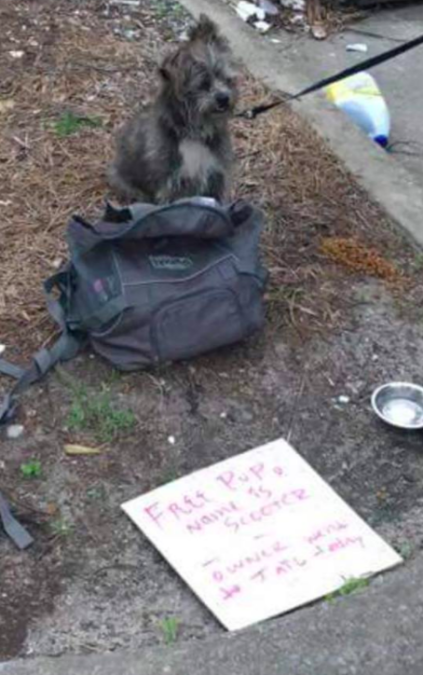 Scooter’s story went viral and ultimately, the staff at Southeastern Homeless Animals fell in love with the terrier. SHA is a rescue organization that knew they could give him the proper care he needed. The rescue posted on Facebook that one of the staff members will be bringing him with them to Colorado and staying under their care until he is ready for adoption. The post also indicated that both of Eric’s friends have been issued an arrest warrant and hopefully, they will pay for what they did. Be sure to follow Southern Homeless Animals on Facebook for updates on Scooter.Thank goodness for Cushman, because without her, this dog might not have survived. 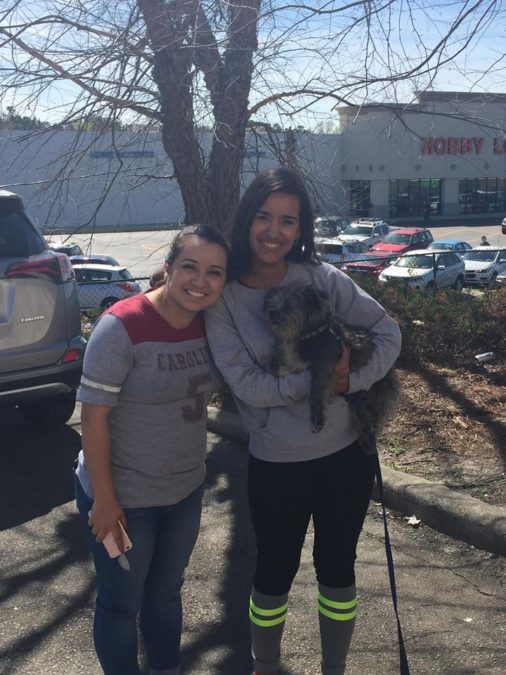