Residents in Los Angeles found themselves glued to their televisions as they watched breathtaking attempts to rescue a dog from a dangerous, fast-moving river.

It all started when Angela Buono was out on a walk with her German Shepherd mix named Scooby. Scooby is a rescue dog who is still wary of strangers. 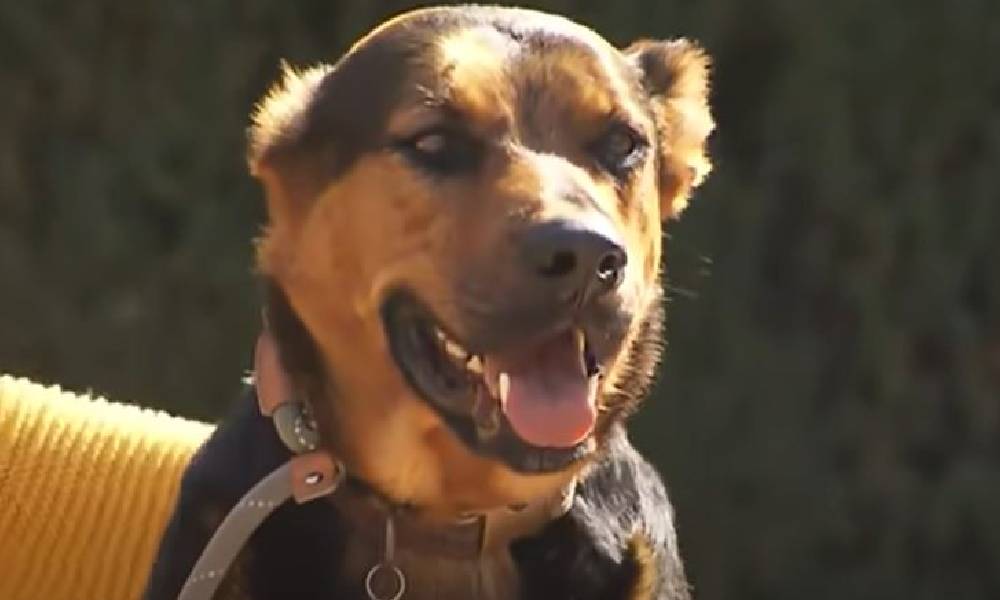 Scooby is fond of running on a usually dry Los Angeles riverbed when Angela takes him out.

However, it rained hard that day, and the river was filled with fast-flowing, muddy waters. Scooby did not know what happened, and as he ran to his favorite playground, the river quickly swept him away. 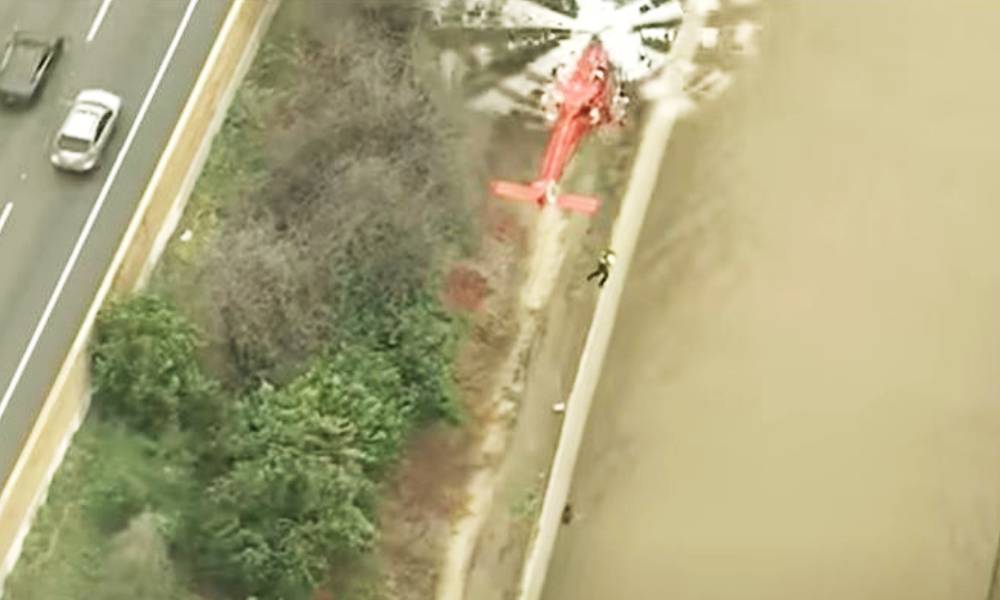 Angela forgot about her own safety and jumped into the river to save her dog. But she too was carried away by the dangerous current.

Angela was able to grab Scooby, but the fast-moving river was threatening to drown her. Just then, a man from a helicopter called out to Angela to free her dog so he could save her. 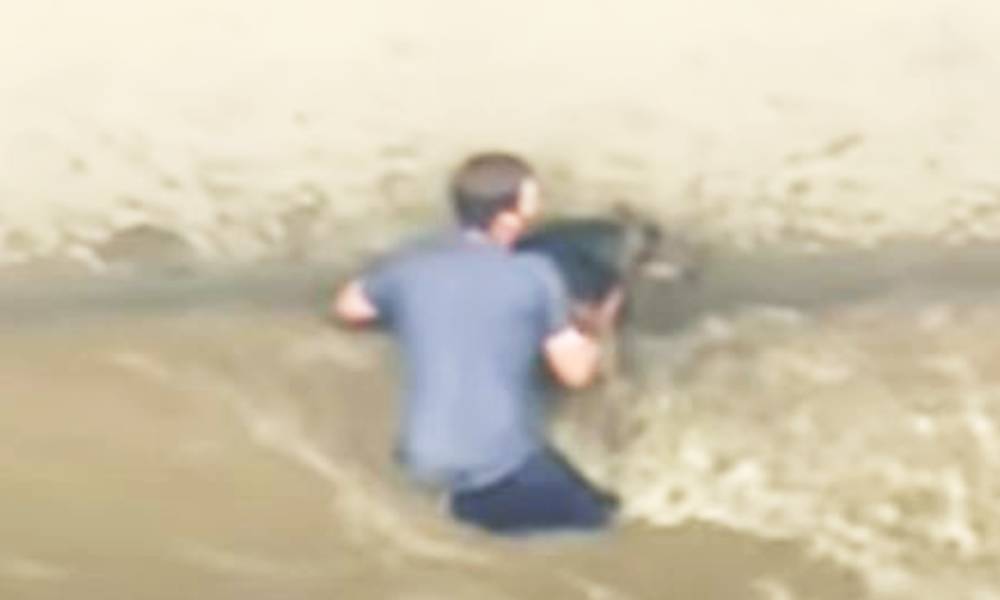 The firefighter assured Angela that he would also save Scooby. But it was a feat that was not easy to accomplish because the dog was so fearful and the river was flowing too fast.

A good Samaritan also tried to help. He jumped into the river and was able to take hold of Scooby. But in the dog’s fright, he bit the stranger’s hand. The good Samaritan was saved by the firefighter from the helicopter. 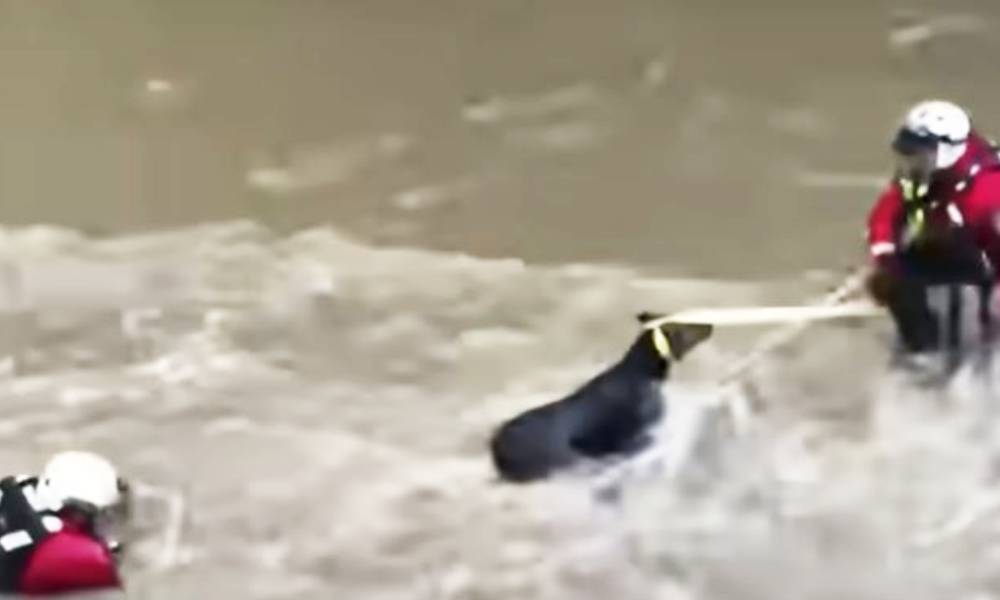 More attempts were made by the firefighter, but Scooby escaped his hold.

For almost two hours, the dog struggled in the murky, fast-flowing waters. Finally, nine miles from where Scooby was carried away by the river, a water rescue team arrived and prepared to save the German Shepherd. They managed to put a noose around Scooby’s neck and pull him to safety. The dog was so exhausted, and yet he was still resisting the helpful hands of his rescuers. 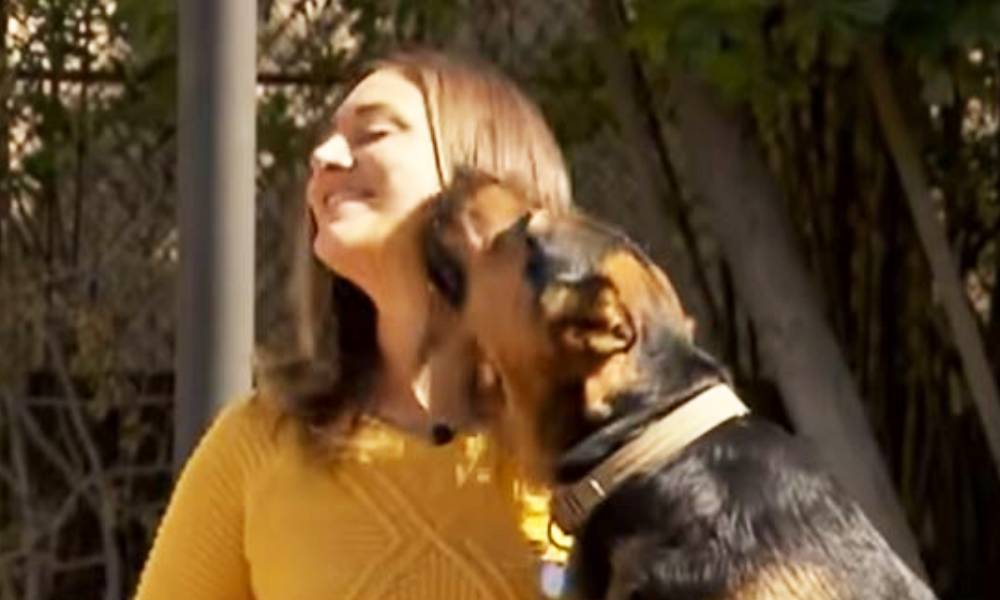 Angela was so grateful to all those people who had helped to save her dog. They did not hesitate to risk their lives for Scooby, knowing that the German Shepherd matters to a fellow human being and that his life is meaningful.

For more than 20 years now, I’ve been devoting my heart, energy, and time to fulfilling my dream, which – many people may agree – is not among the easiest aspirations in life. Part of my happiness is having been able to lend a hand to many individuals, companies, and even governments as an investigative journalist, creative writer, TV director, and radio broadcaster.
At home, I spend my free time learning how to cook various cuisines. Tiramisu, chocolate mousse, and banoffee pie are my favorite desserts. Playing with our dogs, Mushu and Jerusalem, is also a special part of my day. And, of course, I read a lot – almost anything under the sun. But what really makes me feel alive is meeting people from various walks of life and writing about their stories, which echo with the tears and triumph of an unyielding spirit, humanity, and wisdom.
Whizzco for FAP