Dog Dyed Scarlet, Abandoned On Streets, But Then Her Photos Went Viral…

Scarlet, as her name implies, is a deeper shade of red than most dogs. But she wasn’t born that way.

According to AOL, the carnelian canine was dyed dark red by her previous owners in Greece. There’s no telling how long she lived with the red coat. The refugee only told authorities that he had paid about $175 for the animal in the Athens market.

Either way, her rescuers knew it couldn’t be healthy. 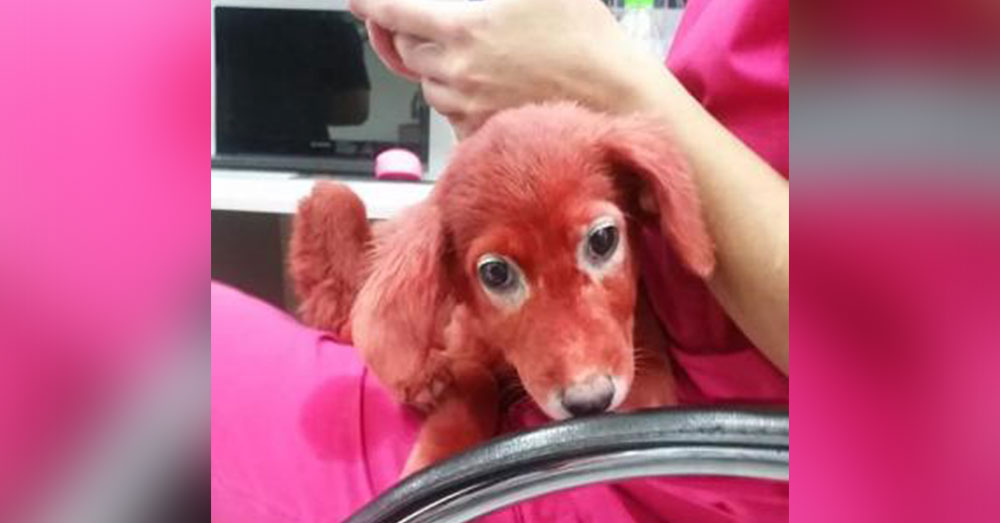 After they found her roaming the streets of Schimatari, they took the dog to a local veterinarian who began washing it out.

It will take a while for the hair dye to work its way out of Scarlet’s hair, but she’s looking better by the day. 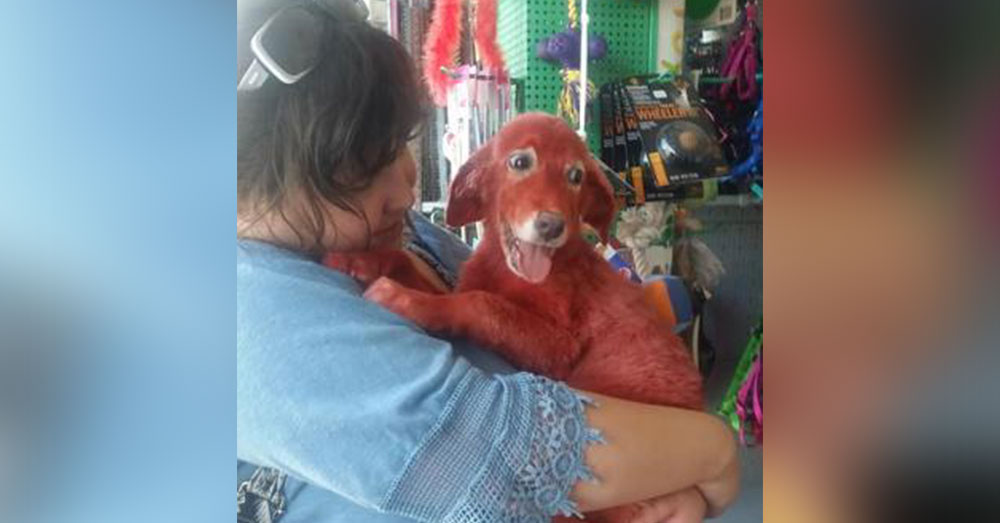 Source: Facebook/Επικαιρότητα – V – News
Scarlet was bought for around $175.

As The Orphan Pet reports, Scarlet was bathed, groomed, vaccinated, and treated for parasites at the vet. She stayed there a few days in recovery before the images of her started to go viral on social media.

Before a week, someone had contacted the shelter the was lodged at, and asked to adopt the pretty pup.

Scarlet’s story has a happy ending. But it’s rare. Before she was rescued, he was abandoned in the streets, likely mocked and avoided by humans who passed by. 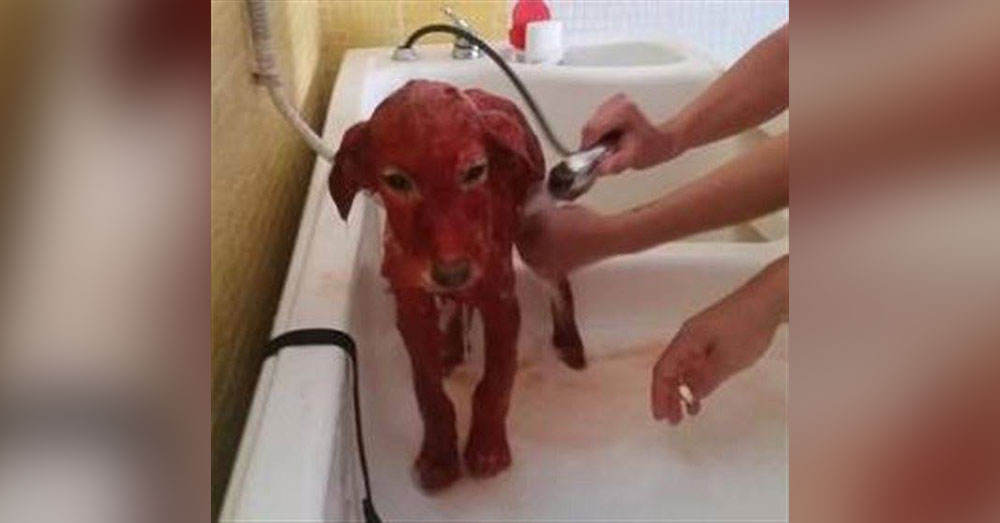 Source: Facebook/Επικαιρότητα – V – News
She’s got a new home now, and a family who cares about her.

Now, Scarlet is being cared for, and her fur kept clean. Sadly, the same cannot be said for other pets throughout the world, where animal rights laws are not enforced.

Were it not for the caring work of one special rescuer, Scarlet’s story may have never been known at all.