Andean Condor Appears To ‘Thank’ Rescuers In This Awe-Inspiring Rescue

Wildlife rescues are always breathtaking, particularly when the animals in question are so precious. This is one of the most, on both counts.

Because of climate change, decreasing food sources, increasing pollution, and other threats, many species are edging toward extinction. Andean Condors are facing unintentional extermination as a result of eating the meat of downed predatorily animals that renders around the Catamarca region have poisoned. A number of those condors have been killed in the last few decades, but at least one has been saved.

And it was truly grateful for the help. 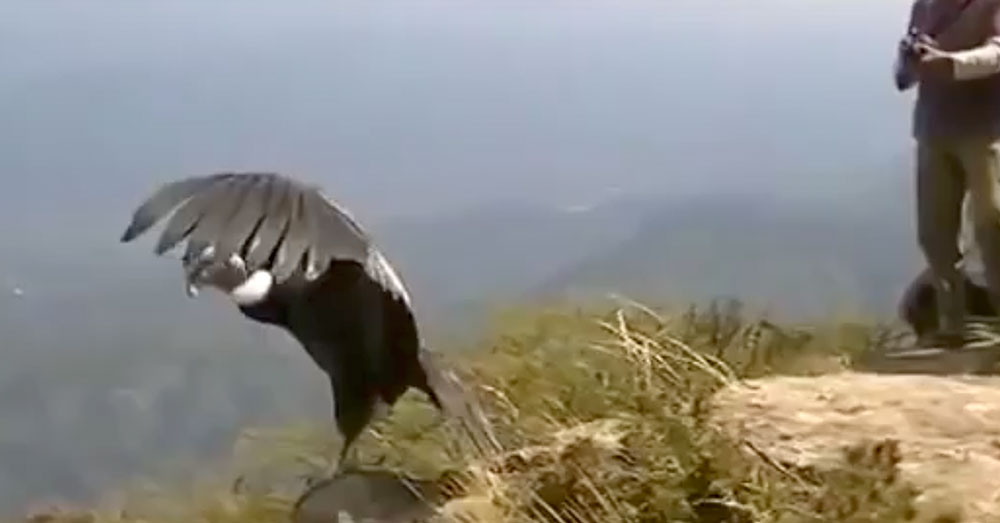 Source: YouTube/Canal ANDA
Sayani was close to death after eating the meat of a poisoned animal.

As the Dodo reports, Sayani was found in critical condition after ingesting meat from a poisoned animal. Over the following 16 months, he was nursed back to health by rescuers at the Buenos Aires Zoo and Silvana Andrade’s animal rescue organization ANDA.

Eventually, Sayani once again had the strength to fly. He needed it, too. Andean condors are the largest raptors in the world, and though their wingspan is impressive, they’re much heavier than other avian species, which already makes it difficult for them to stay aloft. 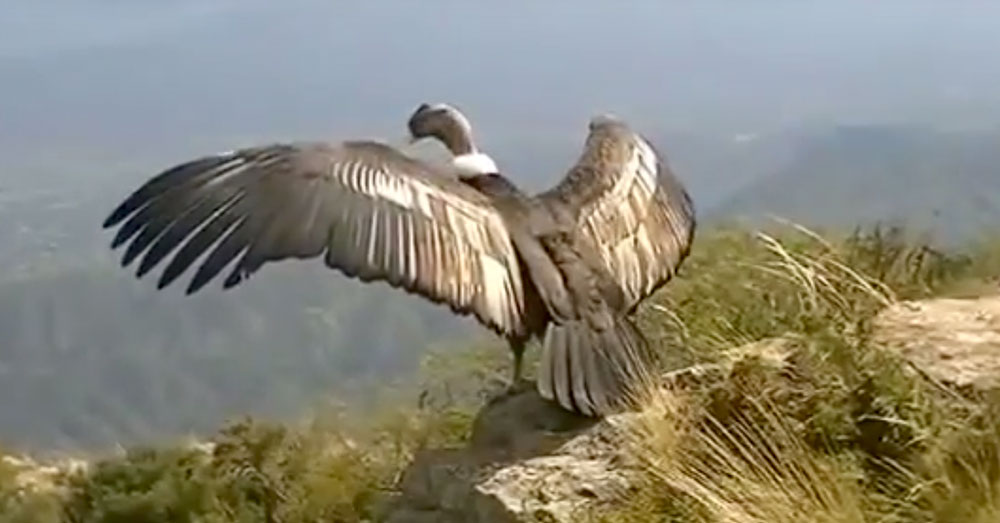 Source: YouTube/Canal ANDA
It took 16 months to nurse Sayani back to health.

Standing on a rock, surrounded by rescuers and supporters, few lacked faith that Sanyani would give it a flying chance. The sight of this bird as it spread its wings was awe-inspiring.

“The most beautiful and impressive [thing] is that he stops for a moment and calmly observes the immensity that belongs to him,” Andrade wrote. “He seems to revere freedom.” 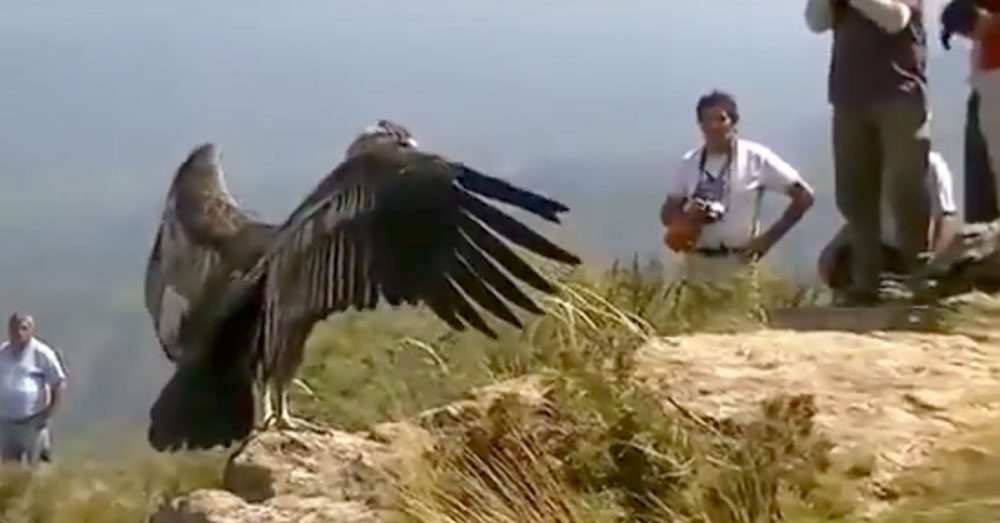 Source: YouTube/Canal ANDA
The Andean condor appears to wave a final ‘Thank you’ to rescuers and fly off.

Just as onlookers expected Sayani to take flight, he amazed them with one last gesture. Sayani folds up his wings, looks back at those who have helped him, and appears to wave goodbye.

“After a brief time of reflection and before taking flight, the majestic condor turns to the team that took care of him and the reporters as if to thank for the care, for having saved him,” Andrade wrote. 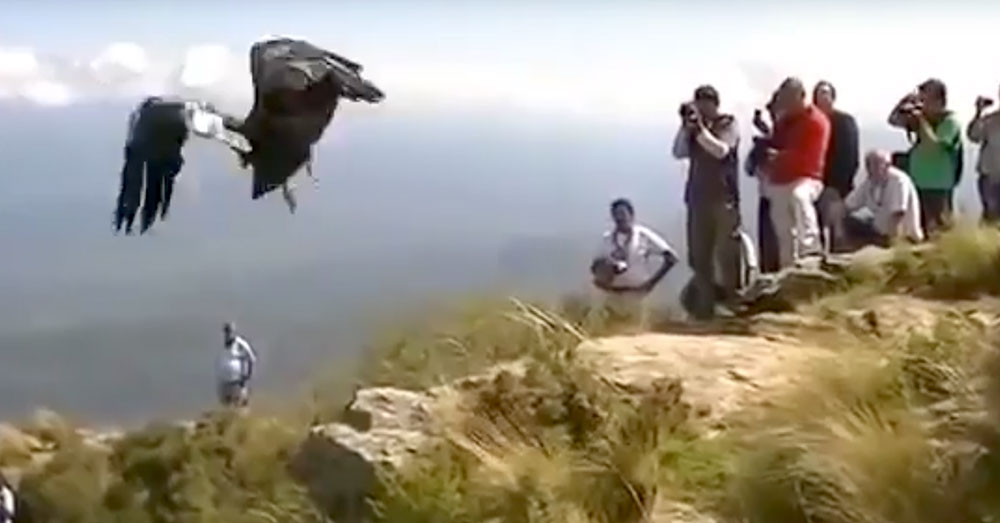 And like that, he was off. Sayani flapped his wings a few times and alit across the spectacular fog-covered valley.

This rescue was a success, and Sayani is truly an inspiration!
See more in the video below!