An 8-year-old dog was abandoned by his family and tied to a lamppost with a note tucked in his collar. The dog was depressed and confused as to why his family left him behind.

The note detailed all of Sasha’s favorite toys and foods. It also mentioned that the dog loved head pets, good with children and other animals, with his favorite food being steak. The heartbreaking note did not mention why Sasha was abandoned but asked for a loving home for the dog. 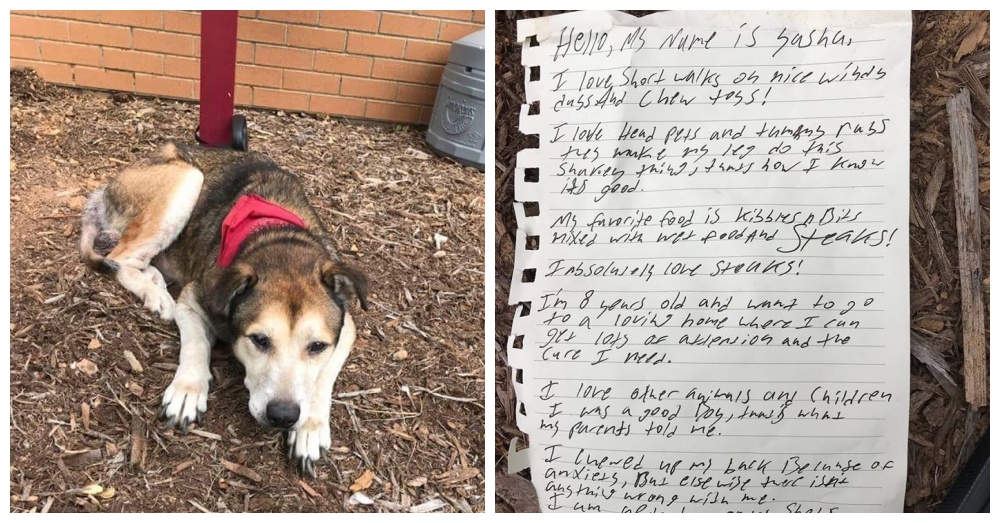 Thankfully, Sasha was discovered quickly near a an office in Clayton, North Carolina. Johnston County Animal Services found the dog and brought him in for the mandatory 72-hour stray hold. Joy Frannicola, owner of Ruf Creek Ranch Animal Rescue, heard about Sasha and contacted the shelter to help with accessing her behavior and health.

The examination found, “He was underweight, somewhat lethargic and had hair loss from what we found was a flea allergy,” Frannicola told People. He was blind in one eye, but it did not slow him down. It was obvious the dog was sad and depressed. Frannicola took him home to her rescue farm to recover. 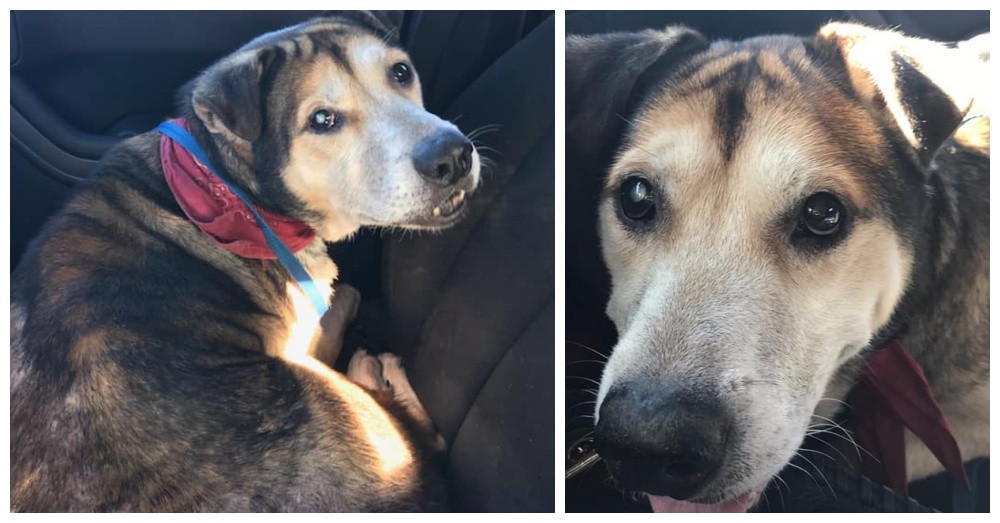 He was neutered, vaccinated, treated for an ear infection and gained weight under the loving care he received. Slowly, his hair started to grow back. His foster mom discovered that Sasha is a true gentleman on the leash and in the house. His heart was starting to heal as well once he knew he was safe.

“He has not been adopted yet. Because of his history (as we know it), we are looking for a specific type of home for him. He gets along with other dogs, but we would rather he be placed in a situation where he can have a one-on-one relationship with his human, and not have to share affection,” Frannicola wrote. 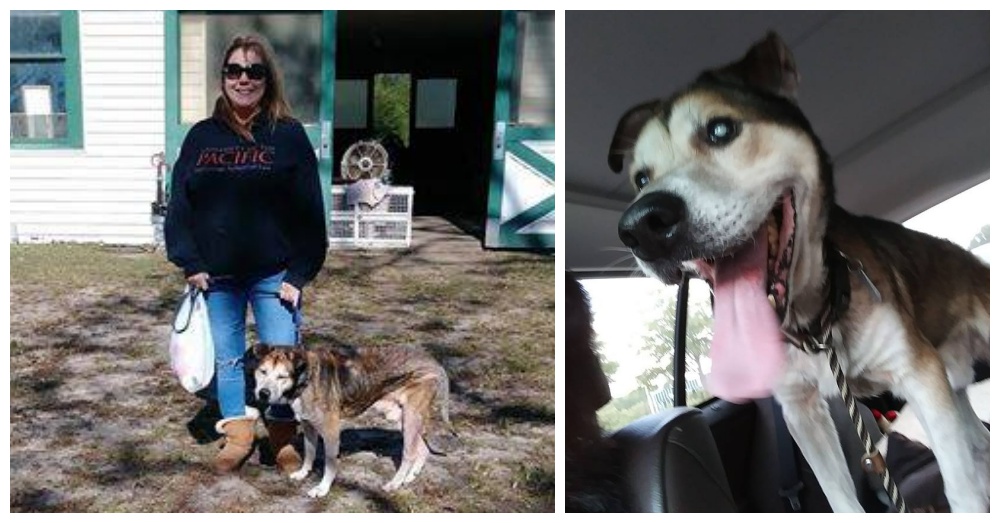 Sasha went to live with a new foster mom, Lorna. After spending just a little time with the sweet dog, she decided to adopt Sasha. “They have bonded already and his eyes follow Lorna wherever she goes,” Frannicola posted to Facebook.

More and more dogs are being abandoned on the street by no fault of their own. If you are unable to care for your pet please contact a no-kill shelter or local rescue group. They can help provide food or care to keep the pet with you or find someone to adopt.

Dog Begs For Forever Home After Waiting 4 Years: Click “Next” below!