28-year-old Sarah Varley was left traumatized after she was attacked and raped when she was 19 years old. Her anxiety coupled with post-traumatic stress disorder that she developed from the incident caused her to turn to drugs and alcohol to numb the pain. Her health began to deteriorate, and her weight dropped to just 91 pounds.

She desperately needed to find a way to save herself. That’s when she began volunteering at her cousin’s wolf/wolf-dog sanctuary in New Hampshire. From that point on, her healing began. 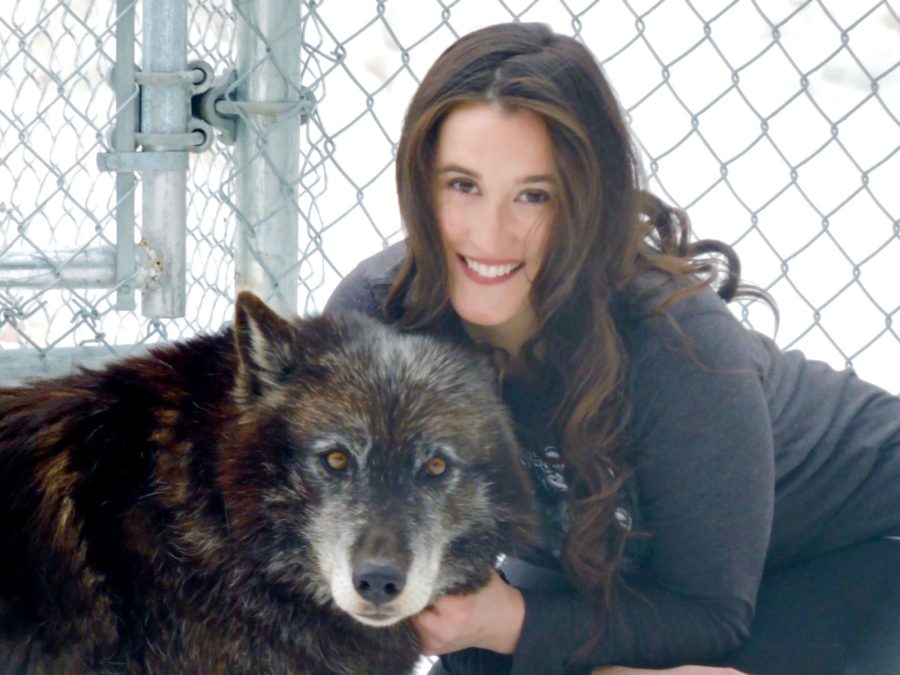 That’s when she met a female wolf named Lakomi, who was found roaming around a neighborhood in Rhode Island three years ago. She was wearing a harness that was meant for a small puppy, which was painfully embedded into her skin. 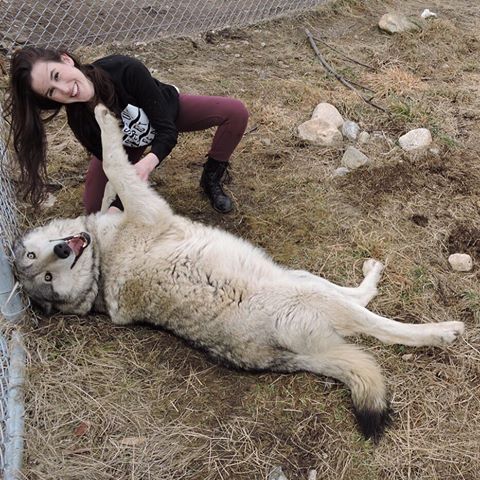 Lakomi’s injuries have since healed while at the sanctuary, but her spirit was still wounded. Much like Varley, Lakomi had major trust issues. Not only did Lakomi help Varley heal, but Varley played a big part in helping Lakomi heal as well. Varley spent a lot of time with the whole wolf pack and really enjoyed her time with them. 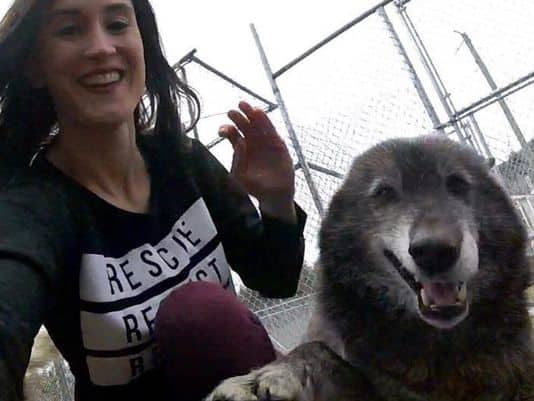 “In caring for an animal who had been hurt as well and had no reason to trust me, I learned that trust can be earned,” Varley told USA Today. “And I started to judge myself less harshly. If a predator like this can be injured, then I’m not weak for hurting as well.” 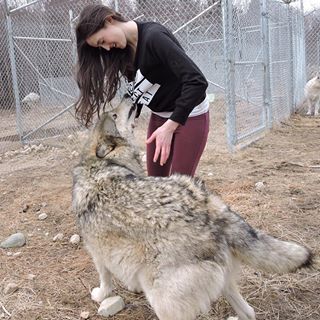 Lakomi has also learned to trust humans, and the interactions have been beneficial for her and the other wolves there. Varley hopes to share her experience with others who are dealing with mental health issues.