Sean McCormack, founder of Animal Care Trust, heard about a wounded dog in a remote village in Taiwan after a hiker posted a picture of the pup. The only way to reach the dog was a grueling six-hour hike. He enlisted the help of experienced guide, Ross Tweedie.

The two men set out on the difficult hike to a remote village in Taiwan to rescue the wounded dog. They told The Dodo, “No one is going to want to come here unless they are experienced or stupid.” However, they were determined to rescue the dog. The team set out early in the morning and started their climb to the village. 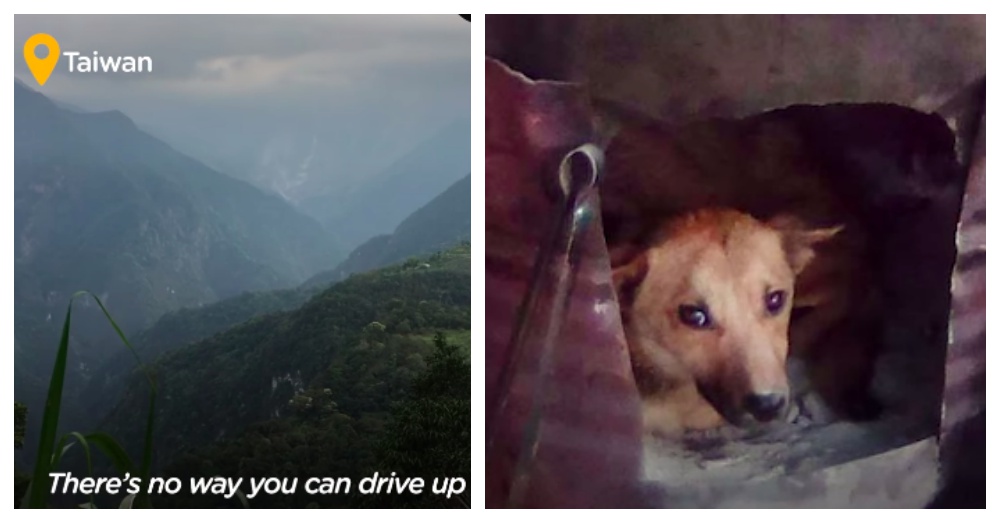 Tweedie said, “It’s not normally something you try and do in a day.” After many bottles of water and hours of hiking, they reached the remote village. Their greatest fear was that the dog would not be there when they arrived. 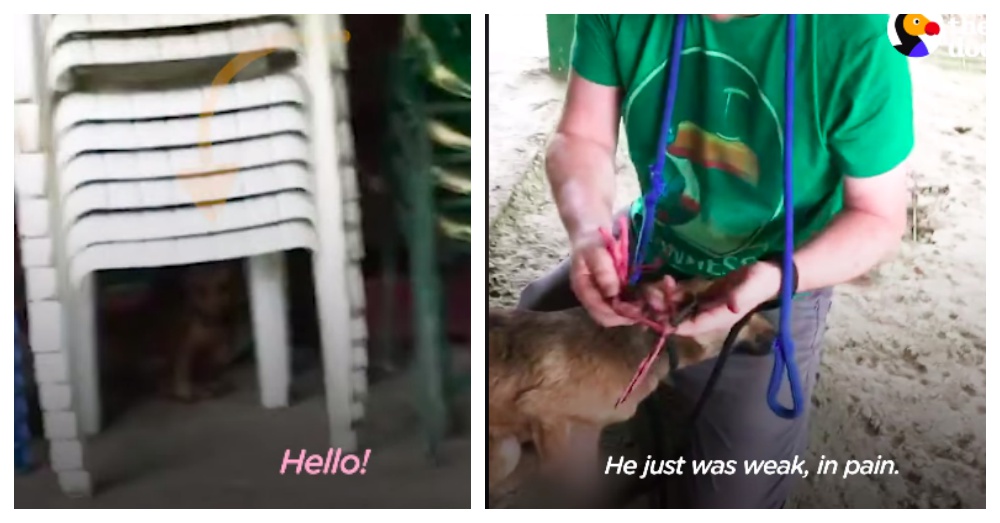 They walked to the spot that the dog was last seen and came upon an empty container. Devastated, they began to look around in hopes that the dog was nearby. Thankfully, they spotted the injured dog under a stack of chairs.

The dog wagged his tail and welcomed the much needed attention and care to his front leg. The friendly dog instantly put his head in the lap of his rescuer. McCormack bandaged his front leg and then carefully placed him in his backpack for the hike home. 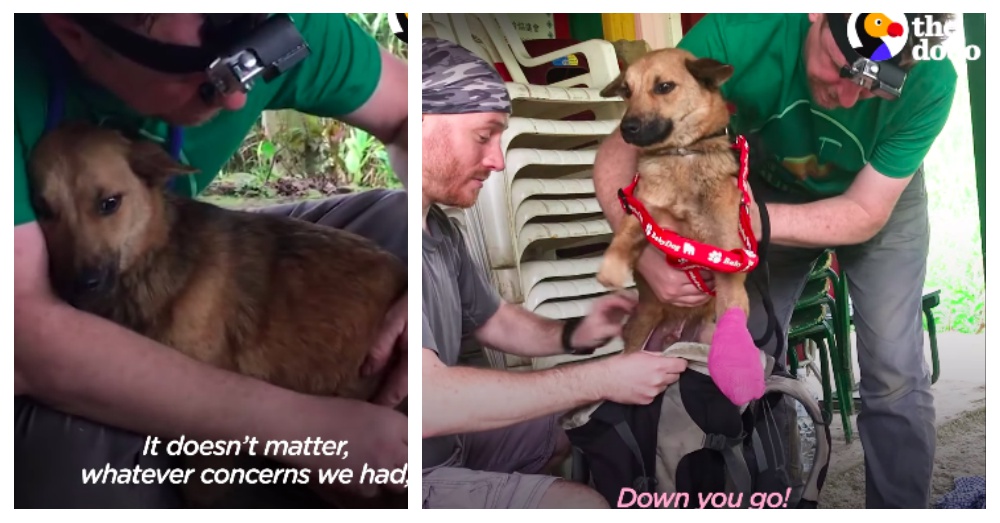 He remained calm and traveled perfectly because he knew that he was finally safe. As soon as they returned home, the dog which they named Sandy, was examined by a vet. 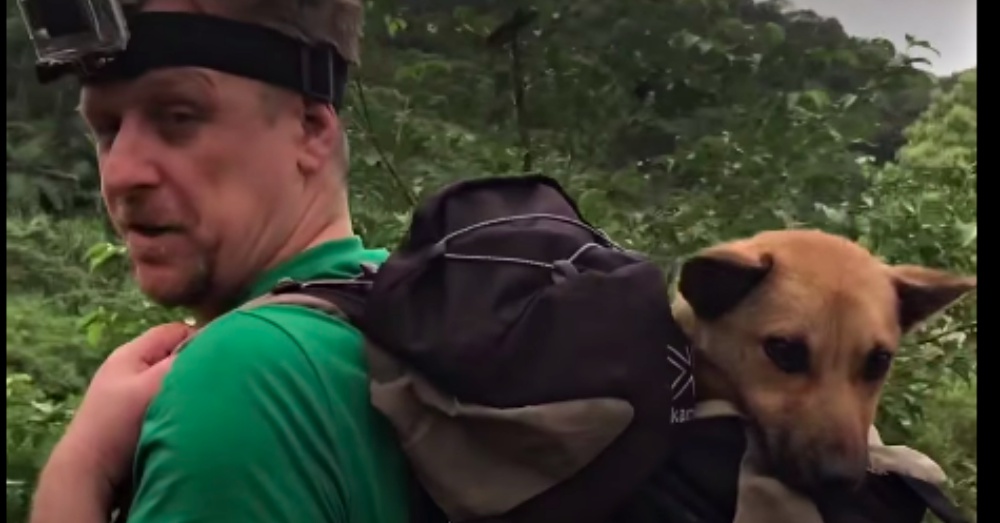 Sandy was up and walking around after receiving treatment for damage to his front legs. All he needed to find was a loving home. McCormack received a message from a local man named Bob that heard about Sandy’s rescue. He invited him to his restaurant for a free meal to learn more about the sweet pup. 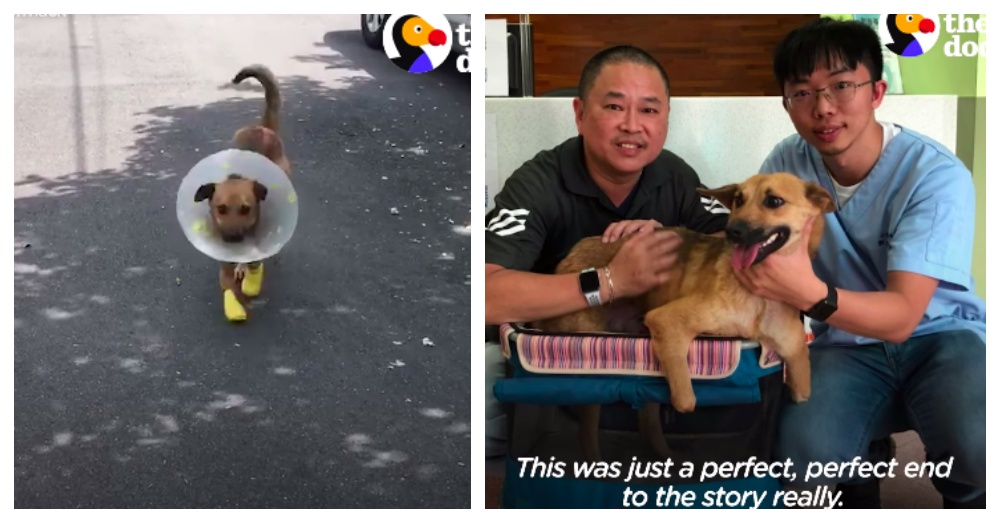 Bob said, “Bring Sandy over. We’ll foster him for a little while.” Well, within days Sandy won their hearts and they adopted him. “We are in love with Sandy! He is the perfect dog.”

Animal Care Trust has been rescuing animals in Taiwan since 1999. The registered UK charity has saved over 1700 animals to date. Thank you to everyone involved in rescuing sweet Sandy.