We all know cats are pretty stealthy creatures, but one breed of feline made themselves almost invisible for a number of years. The sand cat is one of the smallest cat breeds that is known to be in existence. It is native to the Arabian desert and North Africa and are known for their keen sense of sneakiness. 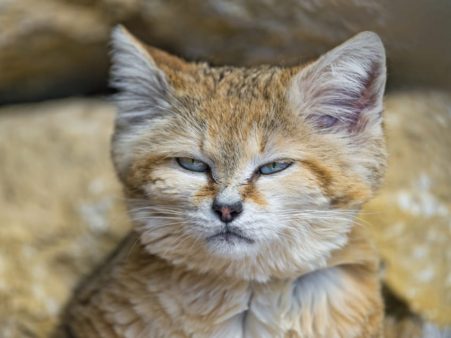 In fact, they are so sneaky that not one single sand cat has been captured on camera in the Arabian peninsula for ten years. As the United Arab Emirates began to undergo more and more development, scientists had no way of telling if it was having an effect on the sand cat population. In fact, they weren’t even sure if they still existed. However, thanks to the hard work of a group of scientists, the elusive sand cat has been photographed. Little Things reports that Shakeel Ahmed, an assistant scientist at Abu Dhabi’s Environment Agency and a group of other scientists have been working since early last year to grab a snapshot of the creature. After using an elaborate set up of cameras and snacks, they finally got the picture they had been waiting for. 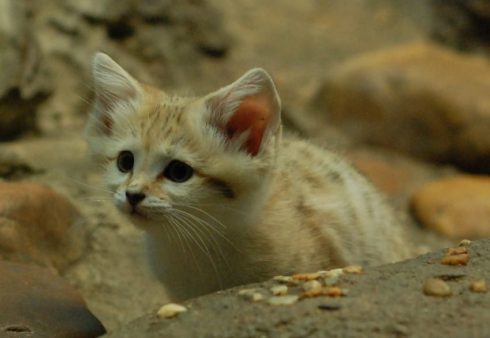 Ahmed and his crew captured three sand cats in the middle of the night. They further discovered that the cats were more active during nights with full moons. Just because they finally got the photo they had been wanted, the scientists are continuing their research on the felines in hopes of garnering attention to the species. 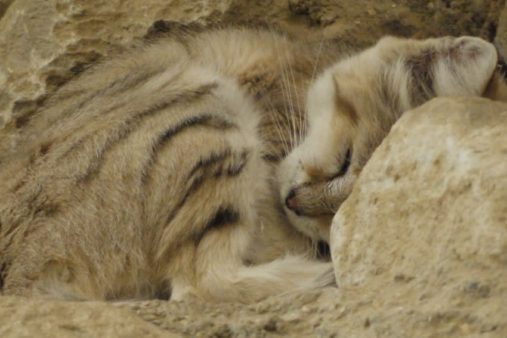 Check out this informative video about sand cats from Big Cat Rescue to learn about this amazing species!