Two Norwegian brothers, Sverre and Magnus Wiig, decided to quit their jobs and voyage around the world on their sailboat. The two headed out onto the open waters. While traveling across the Pacific Ocean, they came upon four sea turtles that were in desperate need of help. They were tangled up in plastic fishing nets and garbage.

The two sailors leaped into action and thankfully had a pair of scissors onboard. Sverre jumped into the dingy and grabbed a piece of the fishing net. He pulled the trapped turtles toward him and then started to cut the first one free. 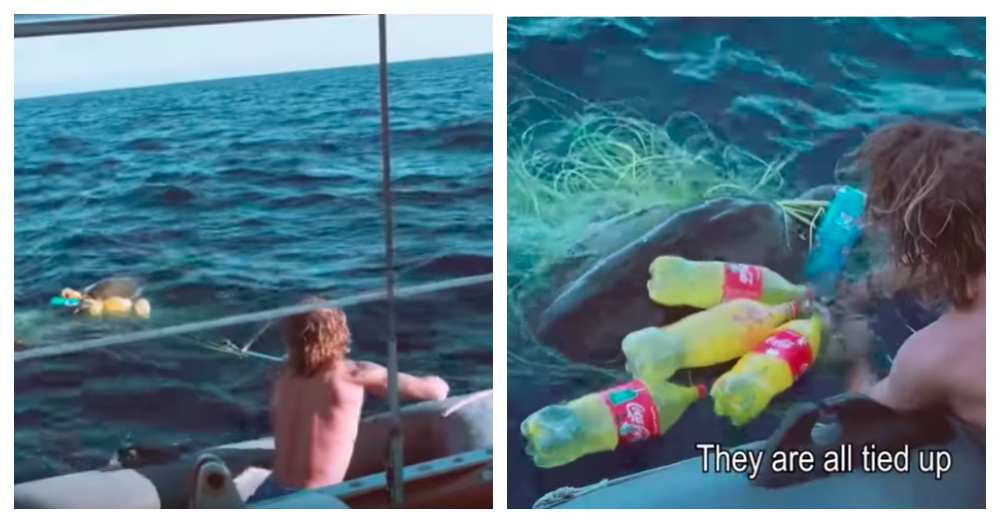 The first two were not too tangled and freed after a few snips, but the third turtle was almost entirely covered in the plastic net. Sverre slowly cut the net and finally was able to free the turtle. At first, the brothers only spotted the three turtles but realized there was one more with a piece of the net wrapped tightly around its neck.

As the sailor reeled in the final turtle, he started to splash around and resist. “This one is going to fight. He’s not tired.” The fourth turtle was helped into the boat where Sverre attempted to remove the net. It took multiple tries as the turtle would not stay still. 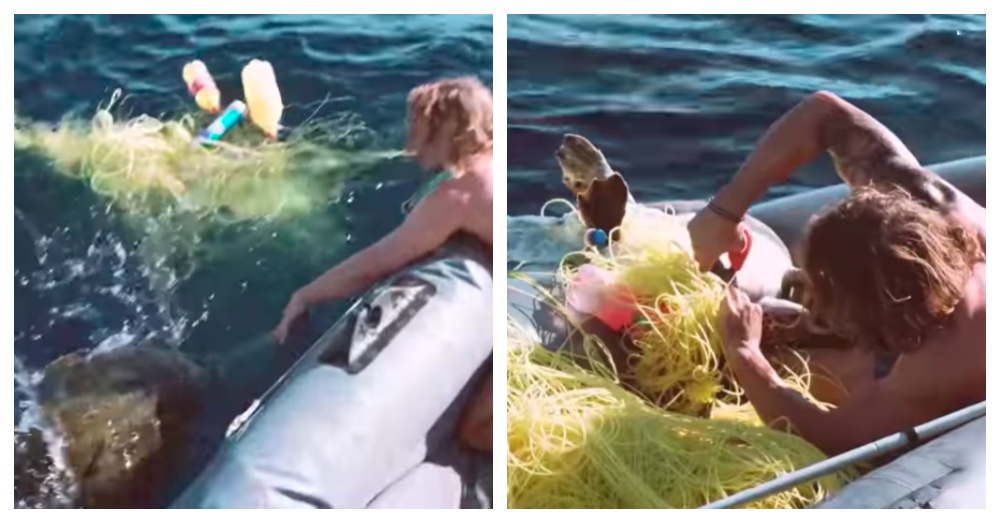 He reassured the turtle that he was trying to help and said “Don’t slap me”. He managed to remove all of the net that was suffocating the turtle and set him free to join the rest of his family. “Thought I was done, but the worst was still to come,” said Sverre to his brother.

Magnus asked him how it felt to rescue four sea turtles and he said, “It feels like it’s my duty.” The video has since gone viral with over 1.3 million views. The sailors are being praised for their good hearts and for removing the garbage and net from the ocean. 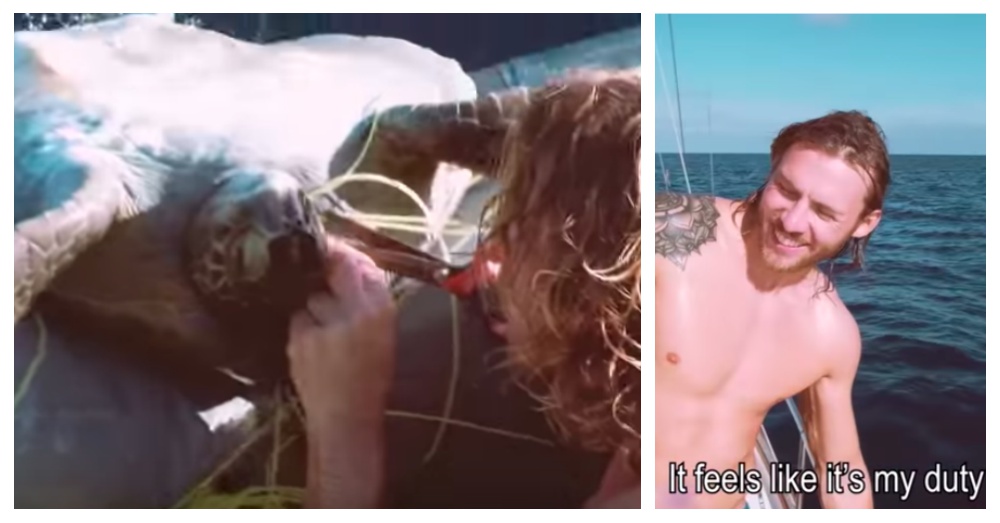