This dog, named Safin, was rescued from a city pound in Romania by by Howl Of A Dog. He was in rough shape — malnourished, major skin issues, and depressed. But the staff at Howl Of A Dog worked hard to nurse him back to health and put a smile back on his face.

And it didn’t take long before Safin would become a rescuer himself. 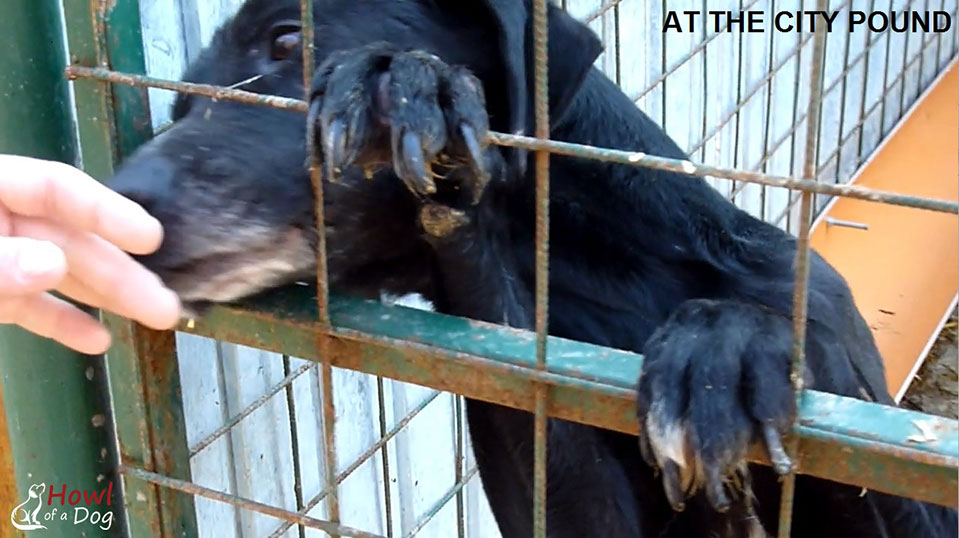 Howl Of A Dog also rescued two tiny kittens who were found abandoned on the side of a road. They were filthy, smelly, and covered in fleas. 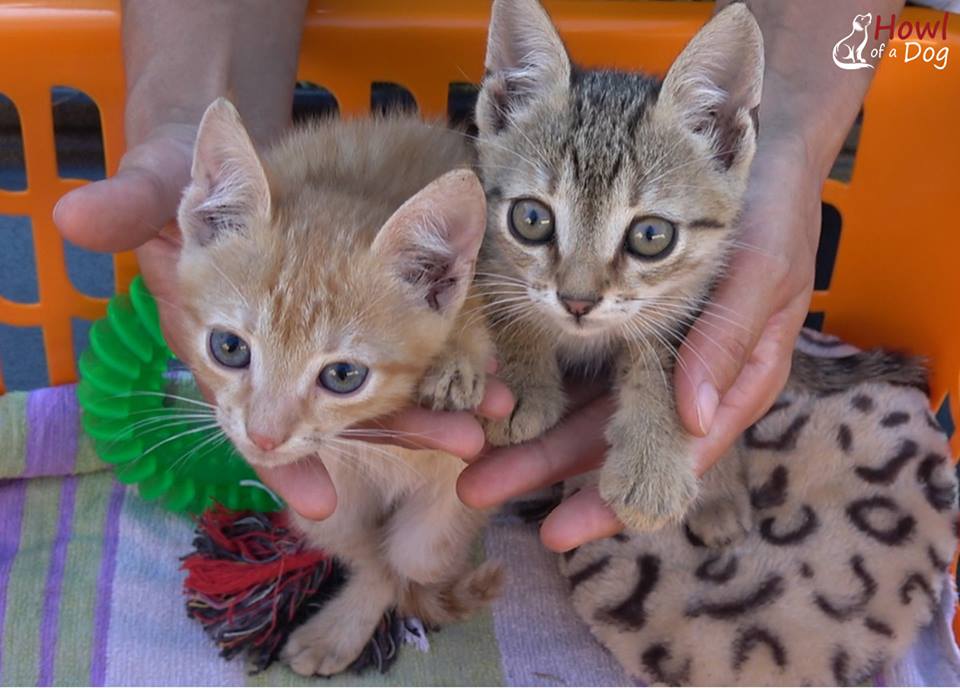 Rescuers gave them medicated baths to treat the fleas, as well as their irritated skin. Cats aren’t usually too fond of baths, but the rescuers gently massaged them and took their time to help them feel more comfortable in the water. 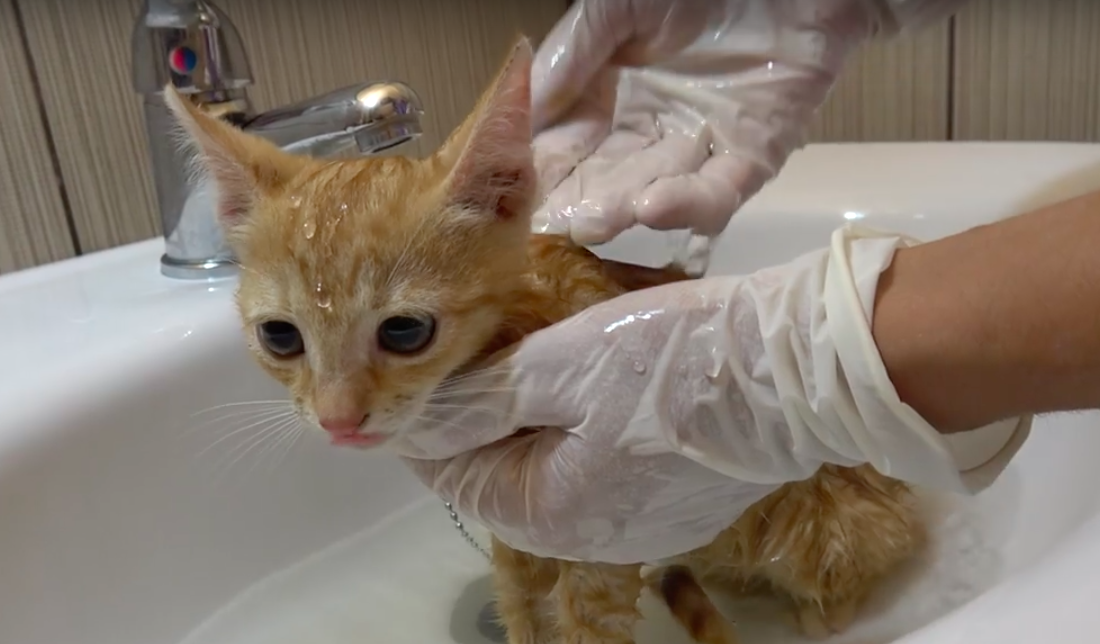 Once the kittens were given a clean bill of health and became more acclimated to their new surroundings, staff introduced them to some of the dogs there. All of them got along, but one dog in particular fell in love with the kittens and vice versa – Safin. 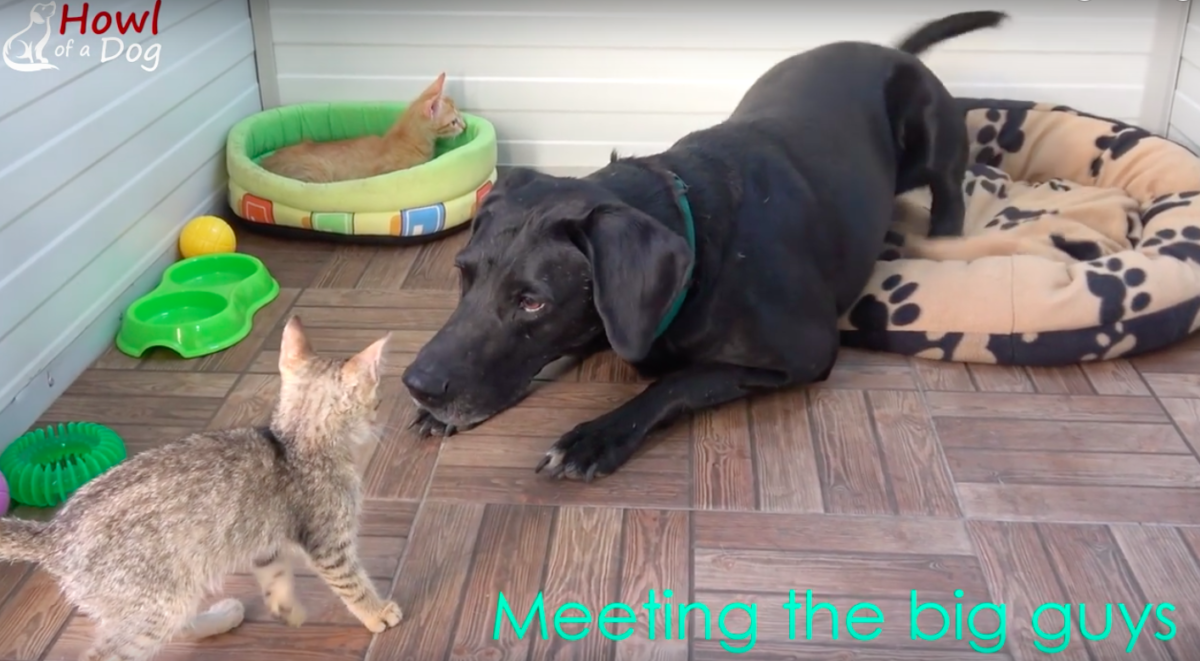 Safin was enamored by these little kitties and took it upon himself to be their foster dad. He and the kittens are inseparable. He spends time cleaning and grooming them just like their mother would have done. 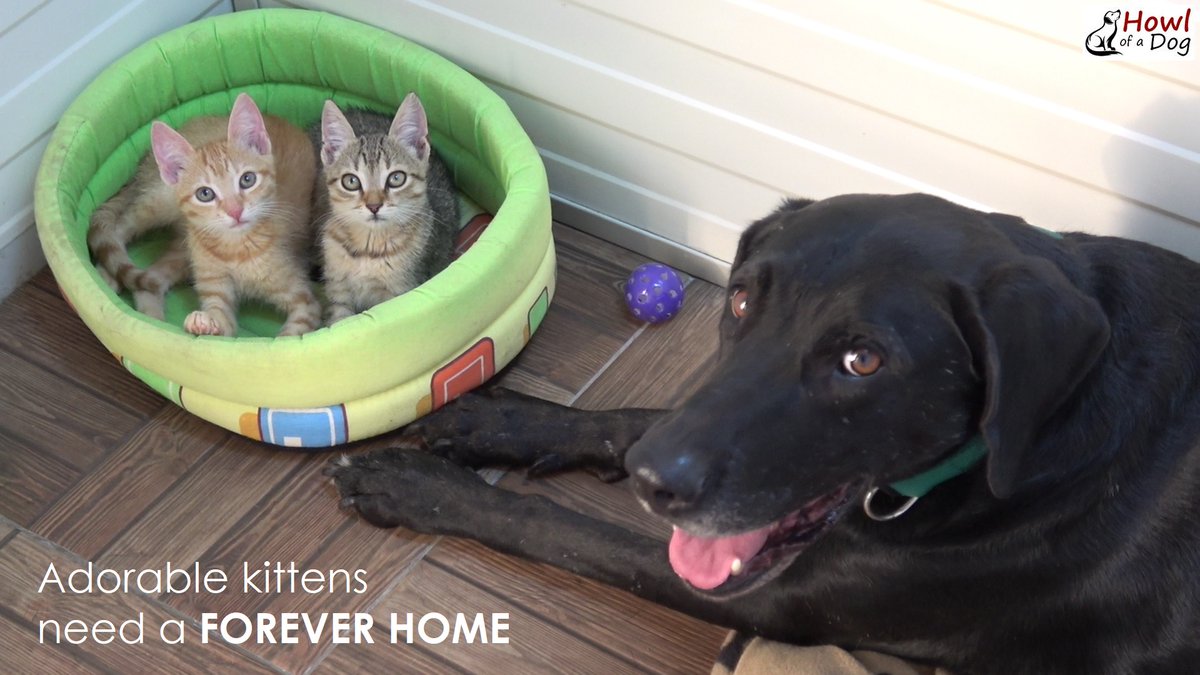 The kittens, given the names Biscotte and Mistigri by staff, have both grown since they were rescued, and so has their relationship with Safin. Safin teaches them how to play and just how to be “pets,” something these kittens have never experienced until now. 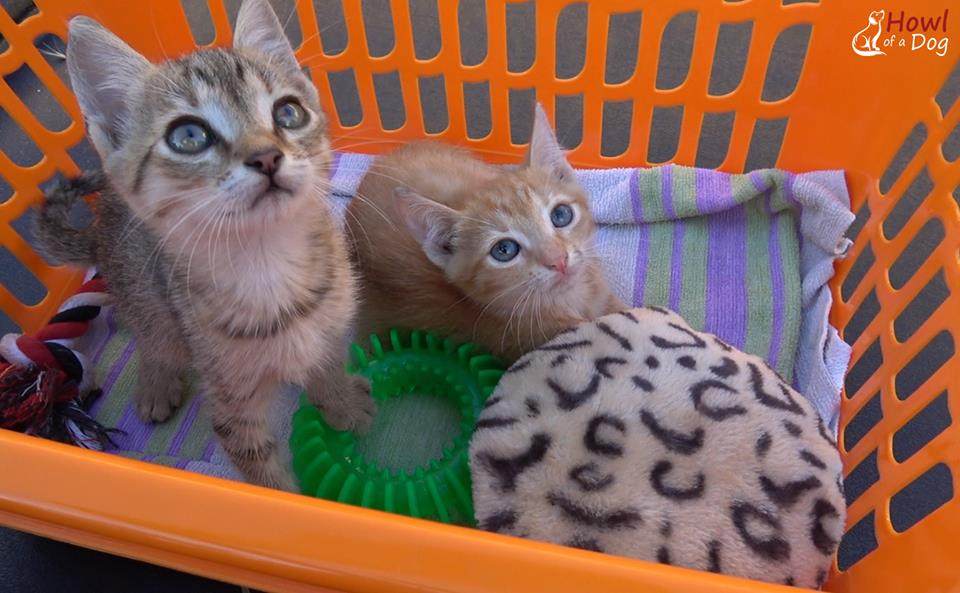 Four-month-old Biscotte and Mistigri are now ready to be adopted and are searching for their forever homes, but Safin will continue to take great care of them until that day comes. Mistigri is a very playful and curious kitten, while Biscotte is affectionate and cuddly but also shy. If you’re interested in adopting these adorable little kittens, please e-mail contact@howlofadog.org.