A heartbreaking video has turned up, and it is sure to bring tears to your eyes. It is of a dog named Blue, who is also crying for a very good reason. Like any good dog, he wanted nothing more than to spend time with his human family and he can’t figure out why they abandoned him.

It’s a scene that plays out all too often. Blue is a pit bull who lived with his family but was dropped off at the shelter after they decided they didn’t want him any longer. They were moving into a new house. Blue was absolutely in love with every member of the family, but they looked at him as being an inconvenience.

They ended up dropping him off at a high kill shelter.

As Blue sat and contemplated what was taking place, his eyes welled up with tears and everybody at the shelter had their hearts broken.

One of the shelter staff did her best to cheer him up but Blue was inconsolable. It didn’t matter if they offered him his favorite meal or spoke to them kindly, it just seems as if he is always sad.

Blue didn’t want any affection from anyone. He spent his days crying and hoping that he would be able to go back to his family again. Unfortunately, they aren’t coming back so he needed help with his broken heart.

The shelter shared his story on Facebook, hoping that a family would love him and provide him with a forever home.

Fortunately, Jennifer McKay stepped up to the plate when she saw the sadness in the pit bull’s eyes. She knew that she had to do something to help this poor dog.

McKay is now the new human in charge of Blue, after adopting him and providing him with a new home. She gives him all the love and affection he could possibly want, teaching him to love and trust once again.

The pain from the abandonment is still something that sticks to his heart. Thanks to the kind heart of his new partner in life, the memories are fading and he now feels secure.

Clever Golden Retriever Pulls Trick On Owner – Makes Him Think He Hasn’t Had His Treat: Click “Next” below! 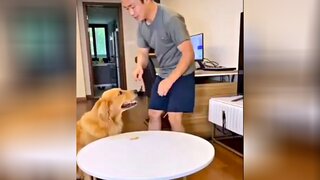 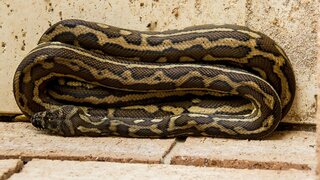 Brave Woman Wrestles Python With Bare Hands To Save Puppy 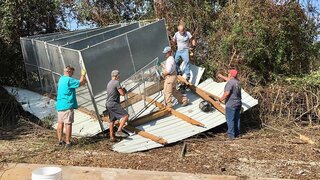