When it comes to cats and dogs, I’m definitely more of a cat person. Don’t get me wrong, I love dogs, but there is something extra special about cats. They’re often thought of as these cold and stoic animals who are void of emotions. But for anyone who has owned a cat, you know that they’re actually pretty affectionate and full of emotions. That’s why I feel so drawn to cats – they’re often misunderstood.

A perfect example is the video of a lonely cat searching for his owner. It’s gotten a lot of reaction from the internet because the feline appears to be “crying” as he carries a leash around in his mouth.

The cat’s owner, Ida Myrin, was the one who uploaded the footage to social media. She explained that she’d left her cat, Isola, alone at home for 30 minutes while she went out. Myrin first thought the video was endearing, but then she said that the more she replayed it, the more it became apparent that her cat was showing signs of being upset. 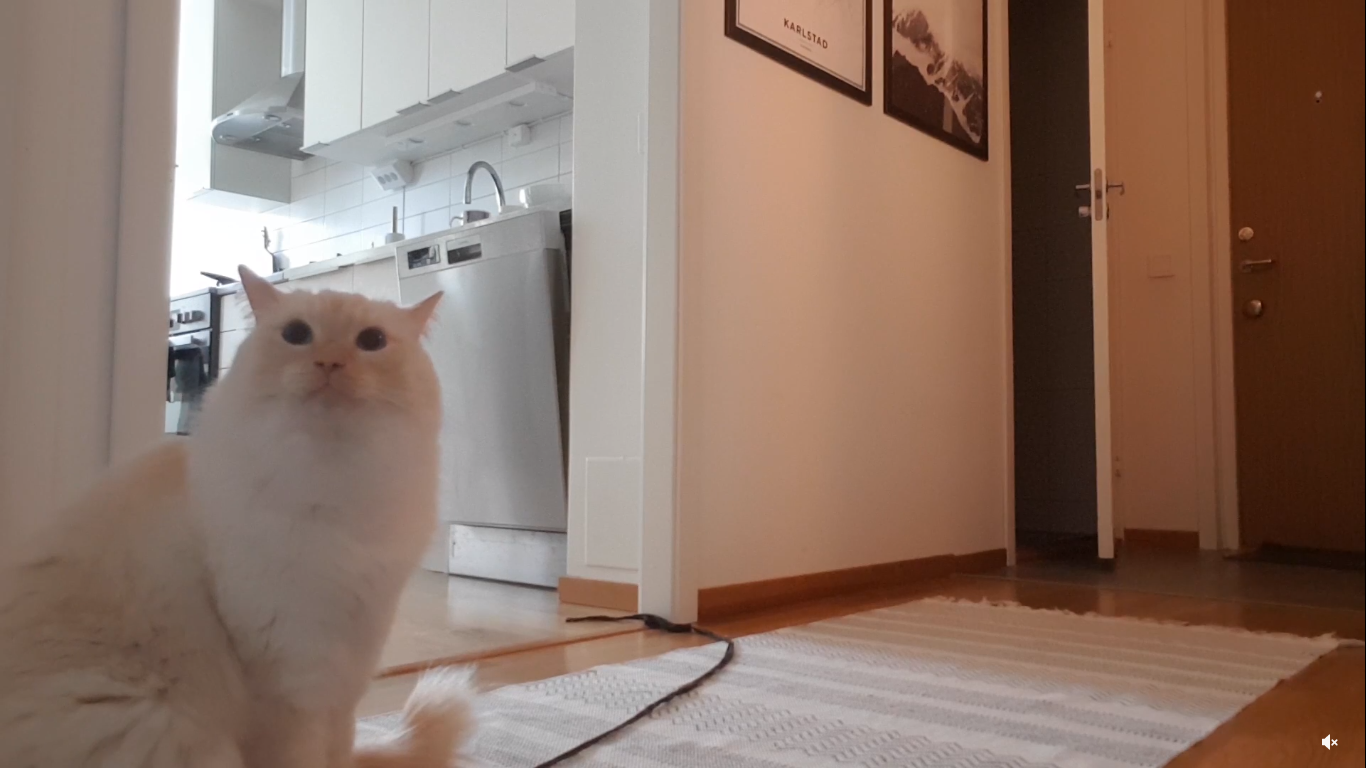 After posting the video to Reddit, the footage has been upvoted over 120,000 times. There have also been many Redditors weighing in on the cat’s behavior.

Myrin shared with the Daily Star that he has a habit of talking with a “whiny” tone, so at first she assumed he was just being expressive. However, she added that after it showed no signs of stopping she began to think perhaps he was sad and was crying.

“But he also hates being alone though, so maybe he is crying,” Myrin explained.

She further pointed out that Isola’s demeanor appeared to be “lonely and restless.” After she watched the footage she said it felt like the cat could never be left alone on his own again.

Talking to Bored Panda, Myrin further stated, “He has always been very attached to us, but lately, he’s gotten more used to always having somebody around. He can’t stand us working and focusing on other things than him at the moment.”

When asked how Isola acted when Myrin returned home, she acknowledged that the cat didn’t do his usual greeting. Instead, he immediately went to sniff the other cat.

Regarding the video, there were a lot of comments from fellow cat owners. One person shared that their cat does the exact thing, saying, “Oh my god my one cat cries when we take the other cat to the vet. They are never apart otherwise so he’s not used to it. He literally sits by the front door and cries like your cat does in your video.” Someone else wrote that there is no changing the outcome as they go through the same thing with their two cats every time their significant other goes off to work and they stay at home.

Watch the sad kitty in the video below:

Do your cats do this as well? Let us know!