Parched Koala Quenches His Thirst Alongside His BFF, A Dog Named Rusty

Wildfires scorched thousands of acres in Australia and left countless koalas homeless, starving, and thirsty. Thankfully, residents are helping the surviving wildlife by placing water bowls in their yards.

Rusty, a friendly black and white dog, has become best friends with a koala named Quasi. The friendship was captured on video when Quasi wandered into Rusty’s backyard during the devastating wildfires to find food and water.

The adorable koala has been visiting the home for years and drops by whenever the temperature rises. Rusty and Quasi’s friendship has been called “genuine” and “unstaged” and is something you have to see. 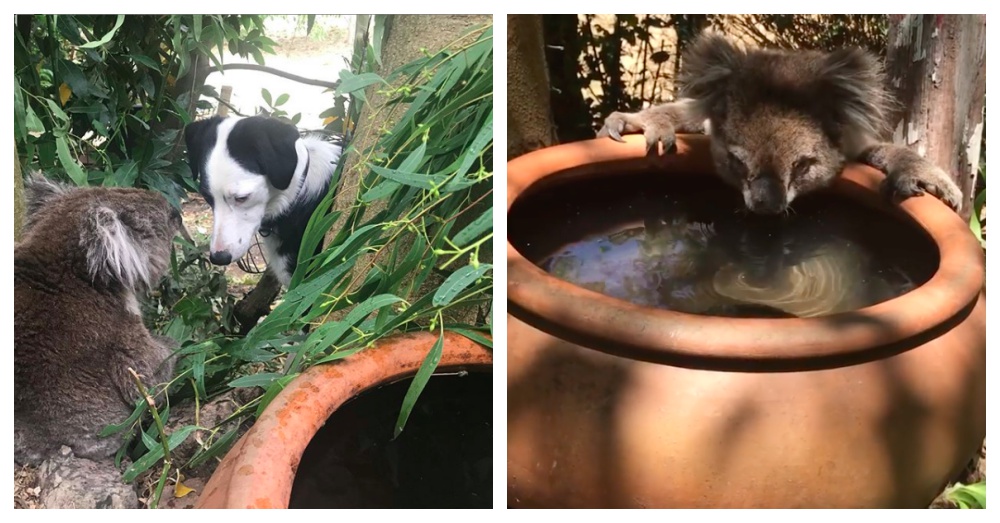 Andrew Frost, one of Rusty’s neighbors, posted a video taken by Danielle Stone of Rusty and Quasi lapping up water together out of a giant vat and it went viral. It has been viewed by over 7 million times!

In the video, Rusty wags his tail as he touches noses with Quasi and then the pair both drink from the large vat of water. The video has made the day of so many people. One person commented, “It is sooooo lovely to see a safe koala 🐨 Some relief from the heartache for a moment.” 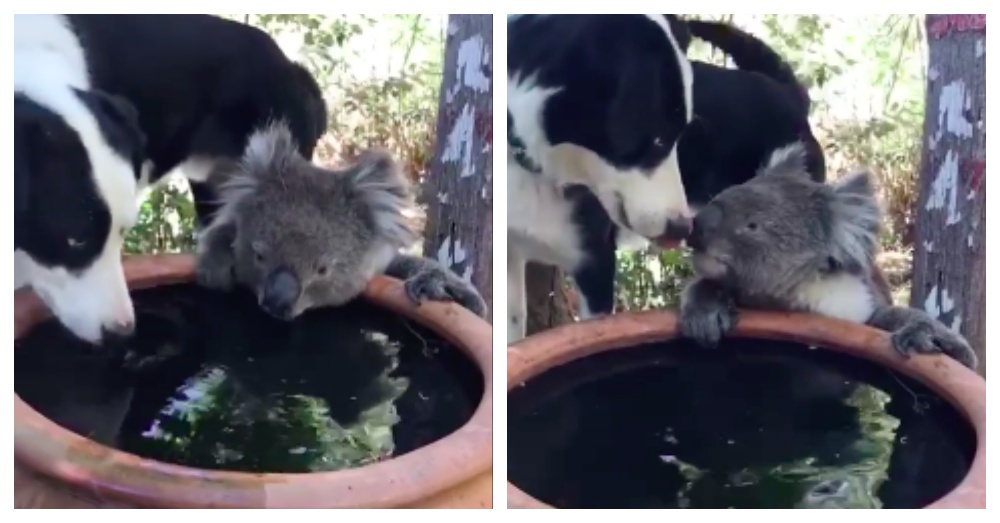 The heartwarming moment shows us that we have so much to learn from animals, especially dogs. Watch the viral video below and don’t forget to share!