A few Norwegian fisherman recently caught sight of a foreign military presence, but it wasn’t like any uniformed soldier they had ever seen before.

The whale was behaving strangely, looking for boats and tugging on straps that hung over the edge.

According to CNN, fishermen Joar Hesten first spotted the whale off the coast of Finnmark, a county in northeastern Norway. He thought the harness may have been used to secure surveillance cameras to, and immediately contacted the Norwegian Directorate of Fisheries.

“The whale seemed playful but our instincts said that it was also asking for help to get out of the harness,” marine biologist Jorgen Ree Wiig told CNN. 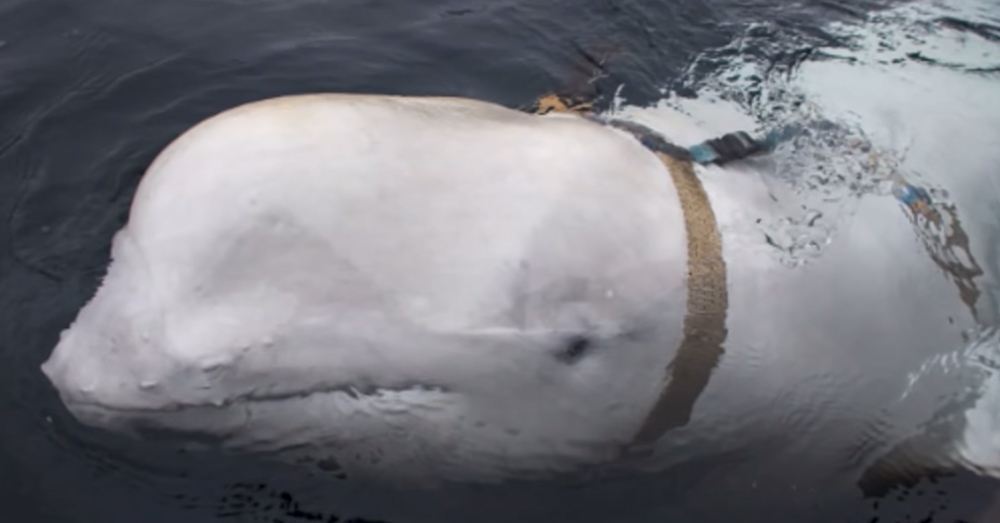 Source: YouTube/CBS News
The beluga was wearing a tight harness.

Neither military operations nor marine biologists in Norway or Greenland have trained beluga’s for tactical operations. Furthermore, they would not have forced a mammal into some man made harness.

The harness had clips for waterproof GoPro cameras on either side of the whale, and bore a telling description, “Equipment St. Petersburg.” 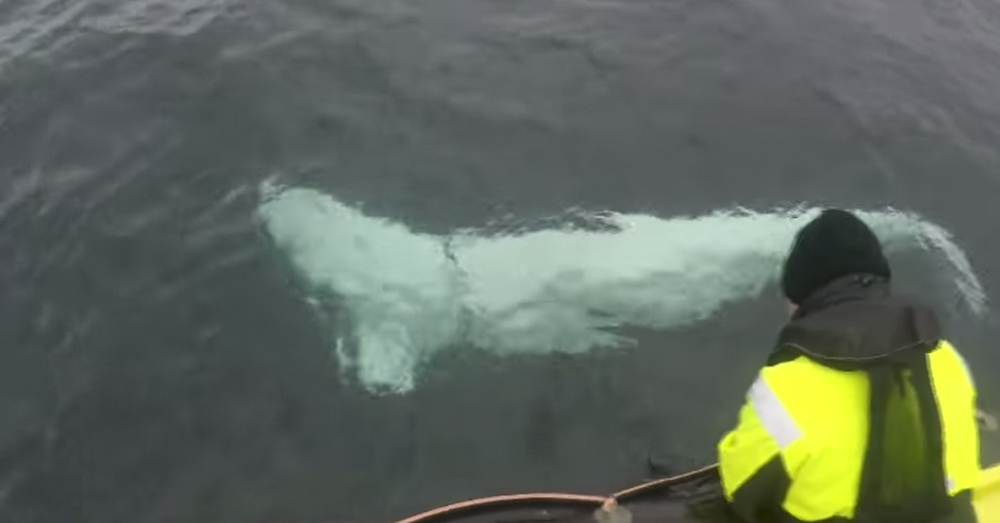 Source: YouTube/CBS News
The whale was likely trained in Murmansk.

It’s possible the whale came from the Russian naval base at Murmansk, where such mammals have been trained to “conduct military operations,” Wiig said. That could include “guarding naval bases, helping divers, [or] finding lost equipment.”

“It’s quite clear that the whale is searching out the boat, and that it’s used to being around boats,” said Martin Biuw, a marine mammal researcher at Norway’s Institute of Marine Research. “The whale is coming up with its head above the water, opening its mouth, which suggests that it’s expecting to be fed fish as a reward.”

“The fact that it’s a trained animal is undoubtable,” he added. 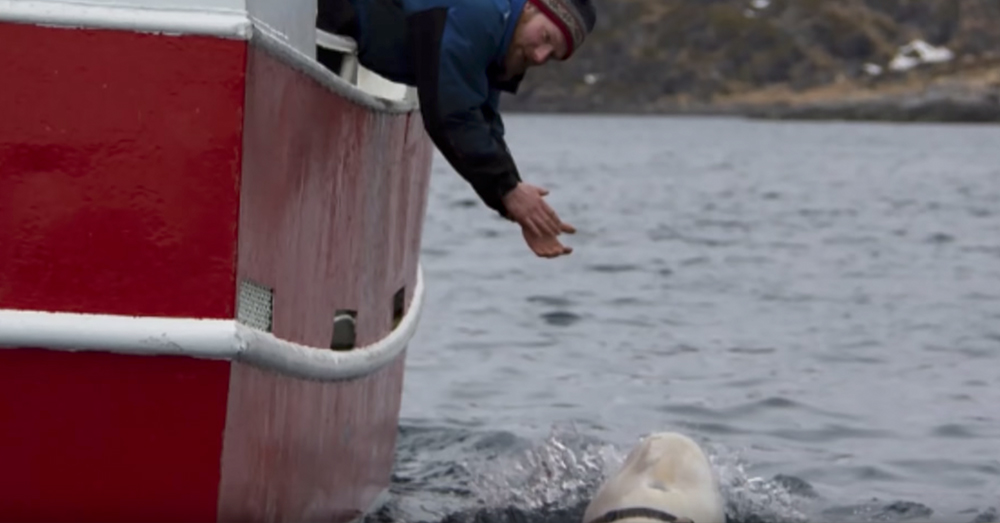 Source: YouTube/CBS News
The Russian Navy has been using trained sea mammals since the Cold War.

The whale was released from its harness and set free. It’s only a guess that the whale was trained by the Russian military, though there is evidence such practices were carried out during the Cold War, while the Siberian Times confirmed the Murmansk Sea Biology Research Institute prepared beluga whales for military tasks until at least 2017.