About 20,000 people every week attend the Zapashny Brothers’ Circus in Moscow. for the price of admission, spectators are treated to human acrobatics, tricks, and amazing animal feats.

All the excitement hides a dark truth.

Animals that otherwise belong in the wild — like elephants, tigers, and lions — are captured, kept in sub-par living conditions, and then forced with whips to perform stunts every night. They are then led back to their cages where they have minimal room to stretch or move around. 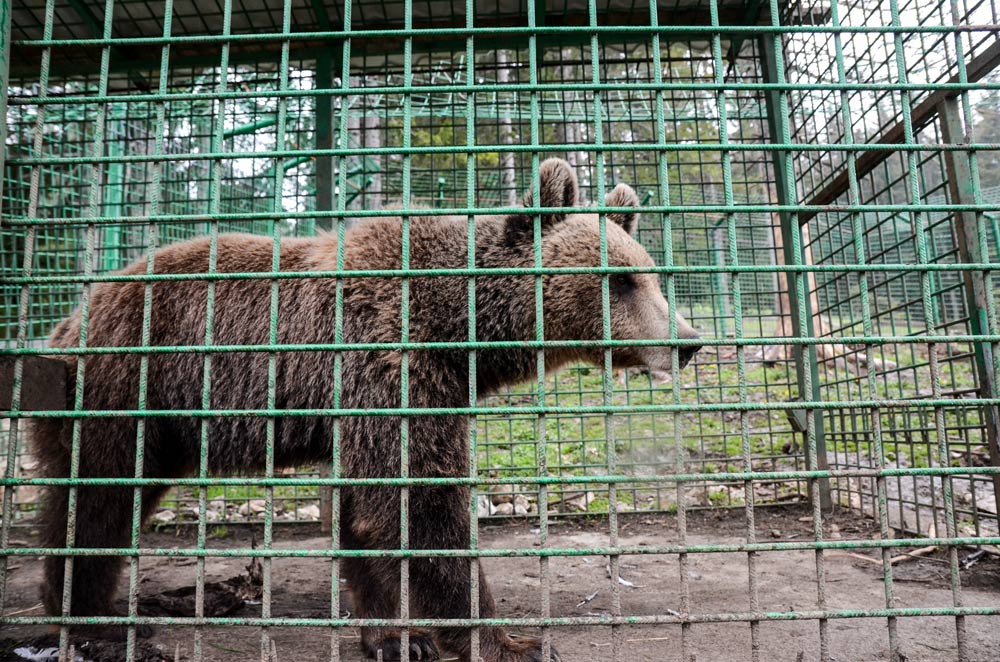 Anna Filippova, a former campaigner for the International Fund for Animal Welfare (IFAW),  told The Moscow Times that circuses are unnatural environments for animals and that forcing them to live and travel with the shows puts them under enormous stress.

“These animals don’t live in such conditions in the wild and they don’t travel around in trucks every month,” she said.

In a recent performance, a young lion named David was attacked by a tiger named Dieter, who knocked David to the ground and grabbed him by the throat. The incident horrified spectators and was caught on camera.

“David, the young lion, finally threw the much larger white tiger off of him and tries to run away, but Dieter was relentless and charges after the lion again,” reads a report from Meawww. “He jumps onto David and the two brawling cats could be seen rolling on the ground as they each try to gain the upper hand. The other big cats who were in the ring could be seen running away or just generally staying clear of the fighting animals. 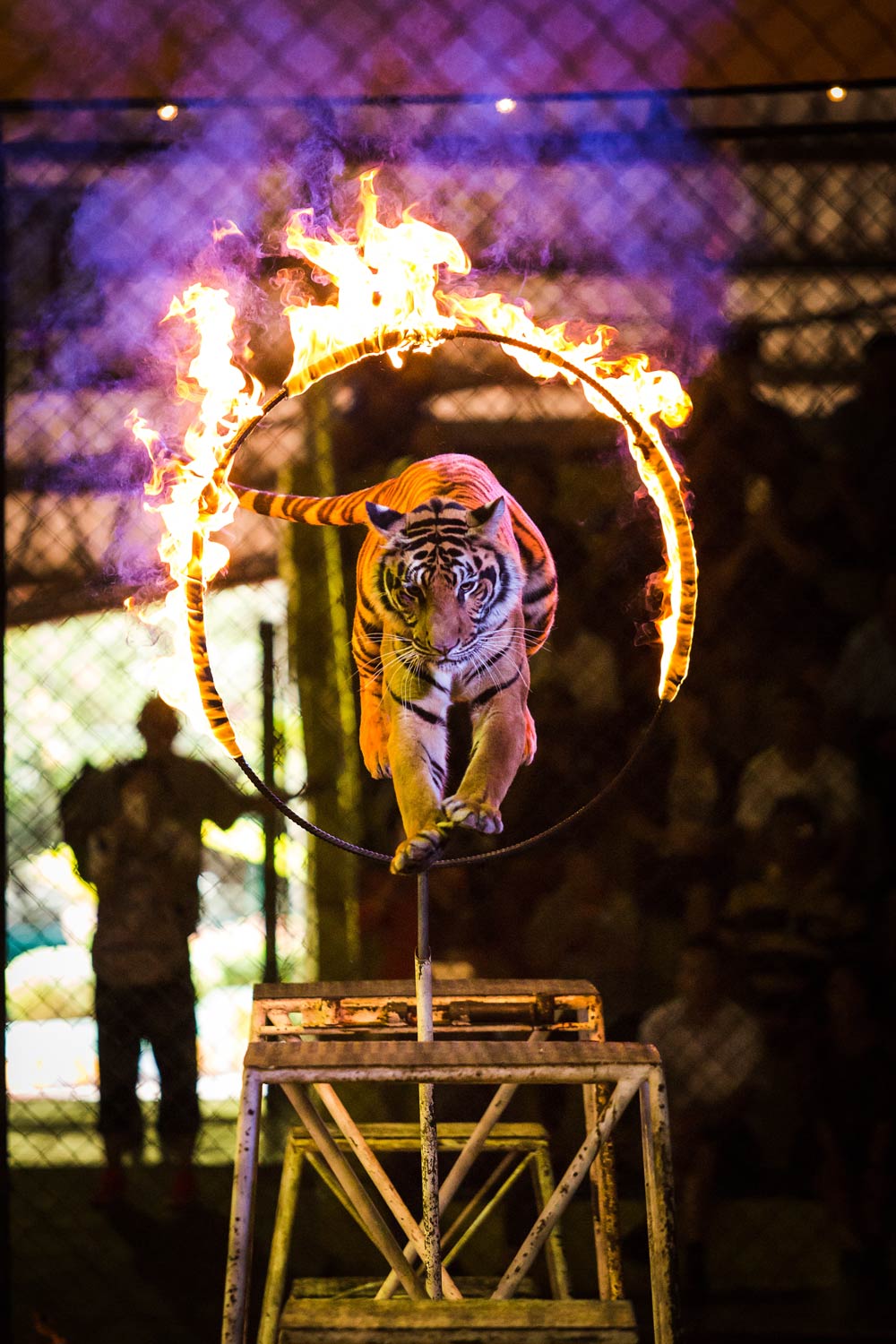 Source: Adobe Stock/tong2530
A tiger is forced to jump through a ring of fire.

According to the Daily Mail, one of the ringmasters then began throwing objects at the big cats in an attempt to break up the fight.  David, the young lion, was fighting back in fear just to survive.

In another circus in the northern republic of Karelia, a bear became enraged and mauled its handler seconds after being forced to push a wheelbarrow across the ring, The Moscow Times reports.

“The bear attack [followed] a series of recent animal-cruelty controversies involving traveling circuses, including an Italian troupe’s cross-country trek that some Russian residents sought to ban,” the newspaper reported in 2019. 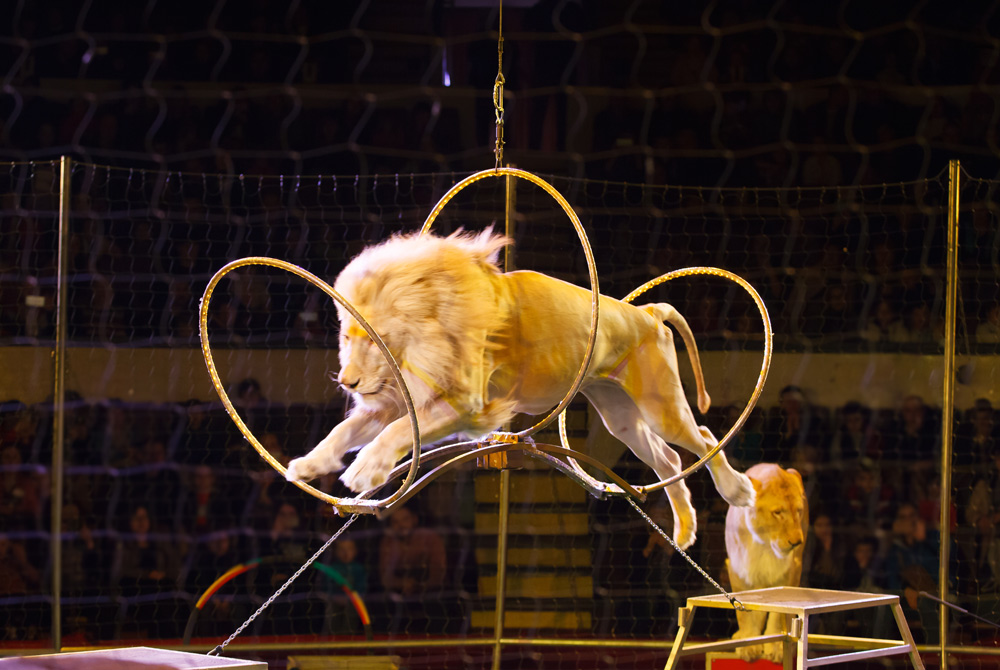 A number of Russian publications have reported on incidents of animal abuse in circuses over the past few years, but the law makes it difficult to help the animals.

“No one has the right to check the work of traveling circuses,” reports Vesti.ru. “This year, a law was passed: owners are obliged to take care of pets – to feed, treat, keep them in spacious premises. But in fact, the law only proclaims general conditions, and the implementation scheme must be developed locally. Nine months later, this was not done everywhere. 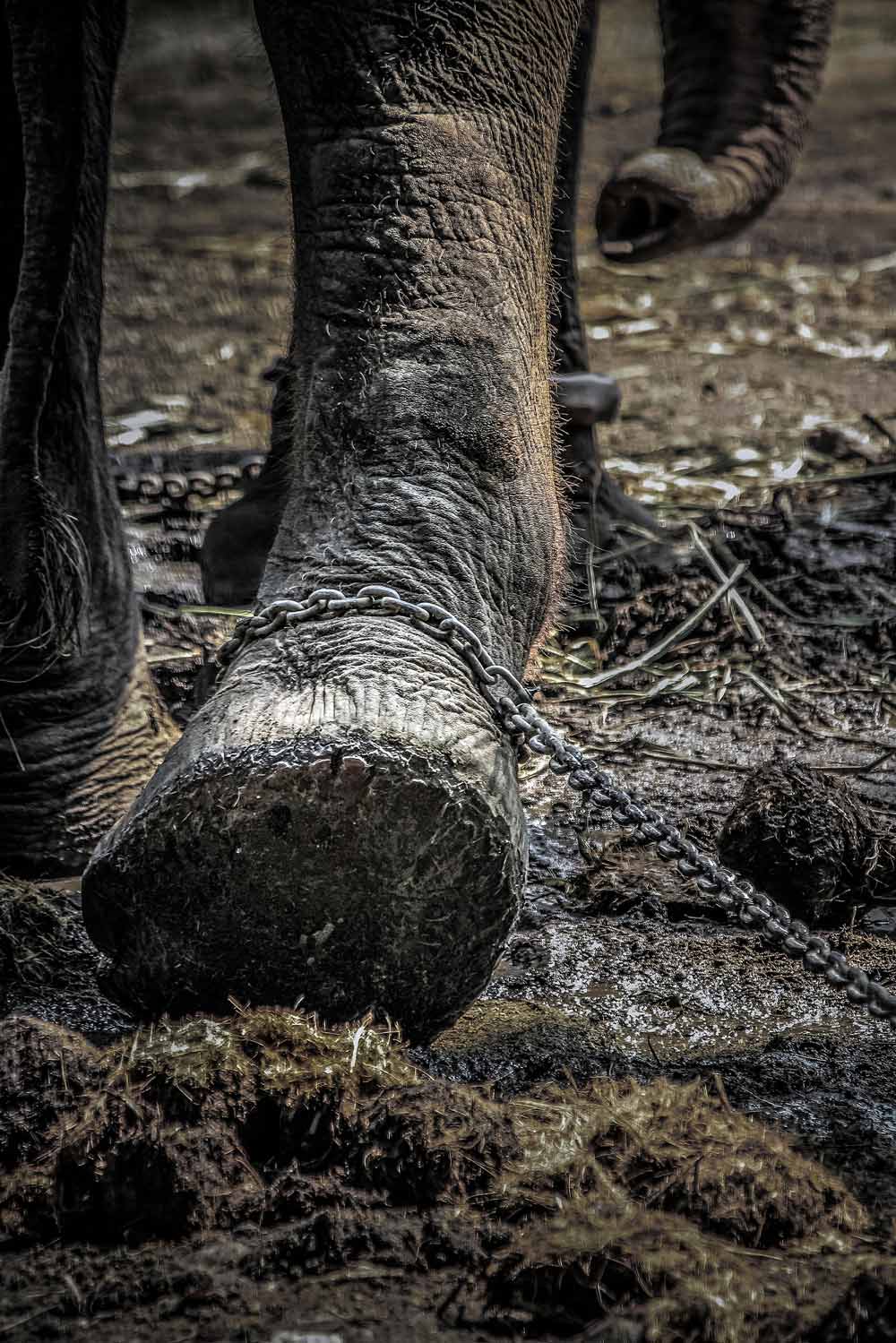 The Law on Responsible Treatment of Animals, signed by Vladimir Putin in 2018, prohibits the killing of animals “under any pretext.” The law also outlaws shooting or poisoning stray dogs and cats, a practice that was carried out indiscriminately in advance of the Sochi olympics in 2014 when the city paid a company about $29,000 to remove 1,200 stray dogs and cats, using poisoned darts.

Under the law, animal owners must provide proper shelter and food for their pets, while homeless animals must be taken-up, vaccinated, sterilized, and then released by local agencies. The law also bans any sort of animal fighting, petting zoos at malls and the practice of bars and restaurants hosting animals.

Despite its reach, activists say the Law on Responsible Treatment of Animals still leaves circus animals unprotected by not banning abuse as a form of training and is vague on minimum cage sizes. 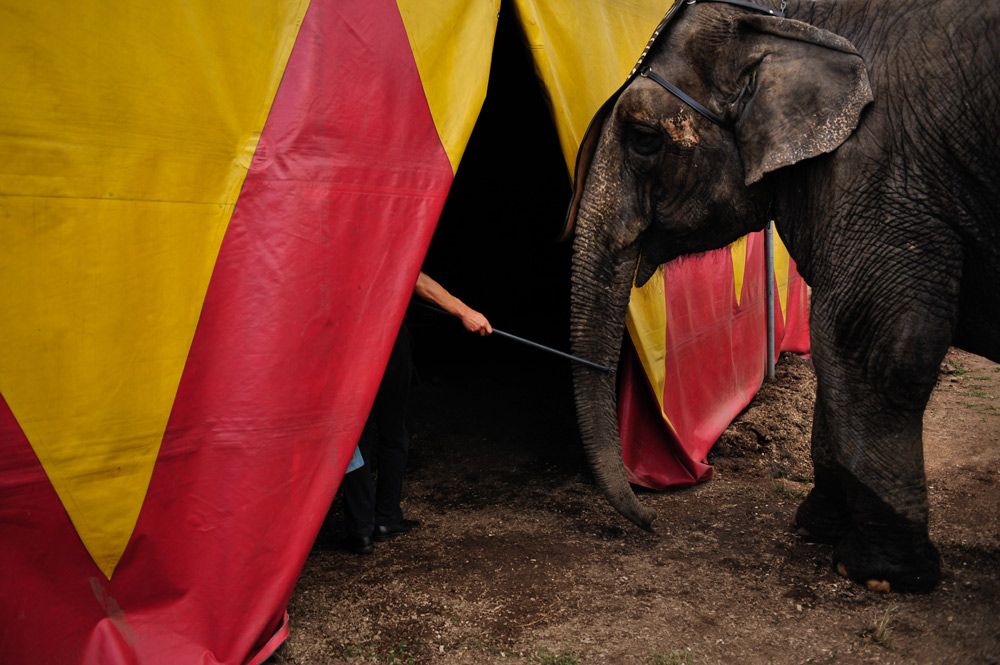 According to The Moscow Times, the city of Magas, within the republic of Ingushetia in Russia’s North Caucasus, in 2019 became the first place in the country to ban traveling circuses from using animals. Magas’ mayor, Beslan Tsechoyev, pushed the measure through after seeing the living conditions many circus animals are forced to endure.

“Wild animals should be in their natural habitat, that’s what shows their beauty,” he said.

More than 20 countries in Europe and Latin America, have banned the practice of forcing wild animals to perform in circuses. Click the button below to join these voices in sending the Russian government a message, demanding stronger protections for ALL animals, not just those considered pets.

No More Animal Cruelty At Circuses Russia’s animal abuse laws fall short of protecting circus animals from being beaten and forced to live in cramped cages.

Mining Companies Have Used These Loopholes In The 1972 Clean Water Act To Treat Steams and Wetlands Like Toxic Chemical Dumps: Click “Next” below!