Khemjira Klongsanun, 43, was seven miles into her 26 mile marathon in Ratchaburi, western Thailand, when she noticed the runners ahead of her dodging something in the road. It turned out to be a stray Thai bangkaew breed puppy. Instead of dodging the puppy, Klongsanun paused from the marathon to help.

It takes months of training and dedication to prepare for a marathon. Everyone else was simply running around the dog, focused on completing the race. Klongsanun stopped when she saw the puppy and decided to rescue him. The tiny puppy was afraid and took some coaxing to come over to her. Afraid that he would not survive living alone on the streets, she scooped him up and continued running the marathon. 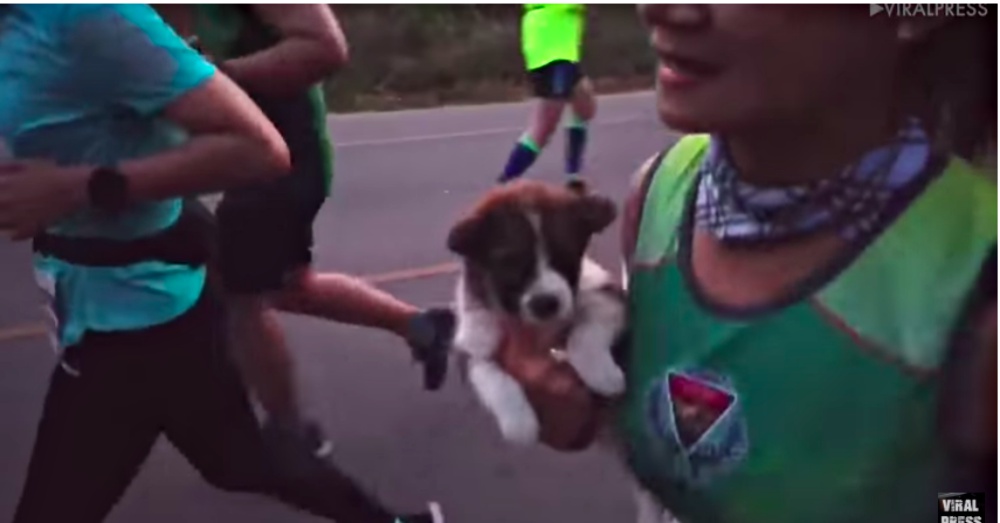 She completed the remaining 19 miles carrying the little pup under her arm. The heartwarming moment was captured on video with fellow runners touched by the kind gesture. At one point, she held the puppy up so onlookers could see the adorable little guy. 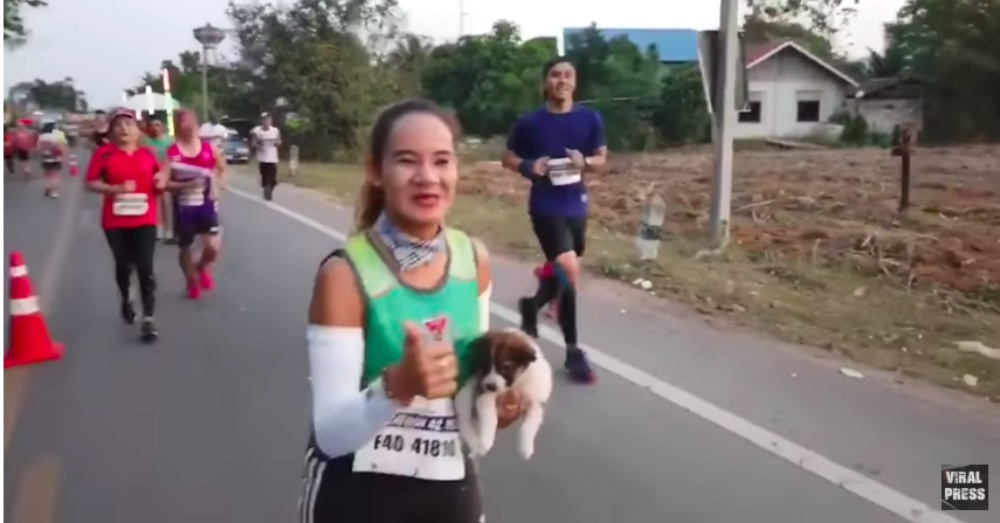 It is a marathon that she and many others will never forget. She managed to complete the full marathon with the docile puppy. It is as if the little guy knew he was safe and just went along with it. She crossed the finish line holding the puppy.

After completing the race, she went on to adopt the little guy. She named him Chombueng, after the marathon she rescued him in. At first she attempted to find the original owner, but when no one came forward she adopted him. 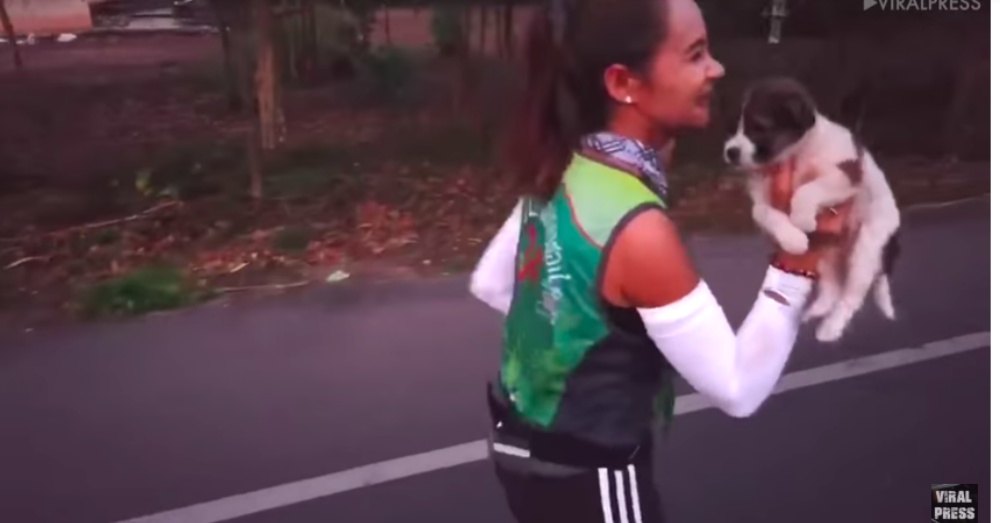 Chombueng now has a loving home that he shares with two other canines. Klongsanun told DailyMail, “Running almost 20 miles carrying dog was truly a challenge. It was two times tiring than a normal marathon but I did it anyway just because he is adorable.” 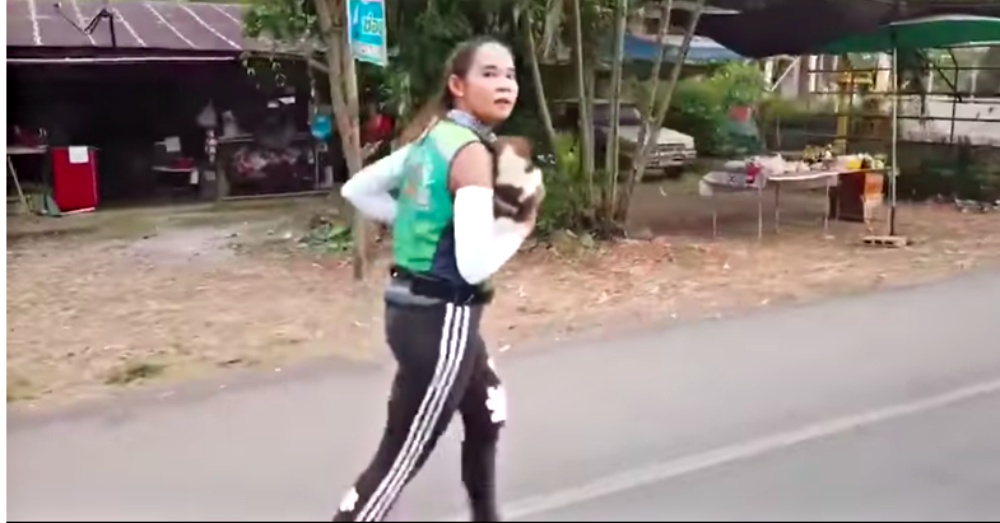 She went on to say, “It might take a while for him to adapt himself. But Chombueng is a very smart boy. I’m sure he is going to be happy living with us.”

Watch the touching moment in the video below.