If a picture is worth 1,000 words, an original Hercule Van Wolfwinkle is worth a good 750. But what the artist’s “rubbish” pet portraits lack in polish, they make up for in popularity. Sales of the portraits have raised almost $6,500 for a homeless charity, the BBC reports.

Van Wolfwinkle, known by his family as Phil Heckles, was coloring pictures with his son one day when he attempted to draw their dog. It wasn’t the most flattering likeness, but Heckles posted it on Facebook anyway. He asked £299, about $387, for the portrait as a joke.

He never expected to receive any serious offers, but there was his email inbox, filling up with commission requests. 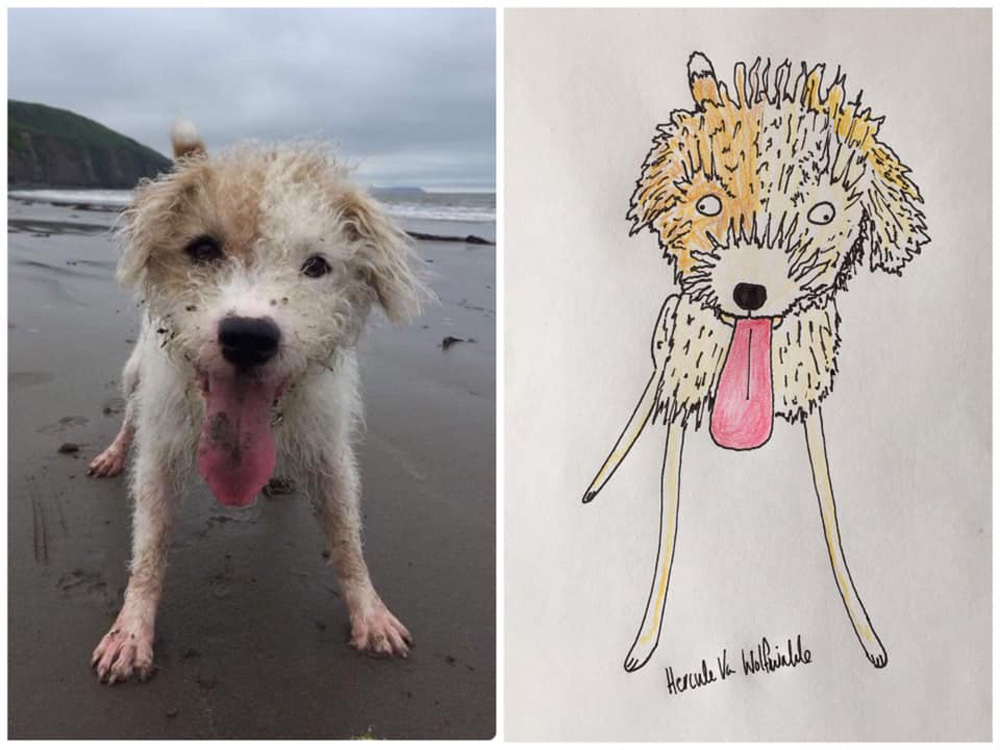 Source: Facebook/Pet Portraits By Hercule
‘You know when you’ve had the worst day ever and you’re just about to settle down with your favourite film and a nice bottle of wine……and your mobile rings…..and it’s the mother-in-law………whose neighbour you don’t even know has just had an operation…..?Yeah, that’s how this picture makes me feel’

“I think people just found them funny, at a time when there’s not loads to smile about,” he said.

Considering the requests, Heckles began drawing other people’s pets for free and posting the results to Facebook. He even added fake reviews he imagined the owners leaving. Many offered to pay for the works but Hercule Van Wolfwinkle isn’t in this for the money.

“I couldn’t take their money – the pictures are rubbish,” he said. “So I set up a Just Giving page and suggested people donate instead.” 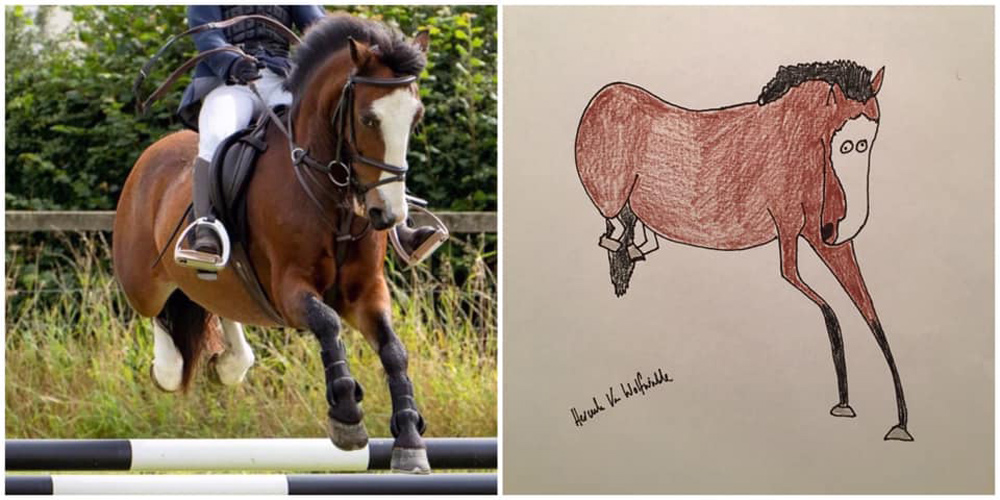 Source: Facebook/Pet Portraits By Hercule
‘I was hoping you were going to draw my daughter riding the horse when I sent the picture in, but having seen what you’ve done to our darling Oscar, I’m glad you didn’t! It’s hideous’

In just over a month, Heckles had raised close to $6,350 for homeless charity Turning Tides. And the requests keep coming in. The BBC estimates Heckles is drawing as many as 150 of his “rubbish pet portraits” a week, with 600 more requests to fill. 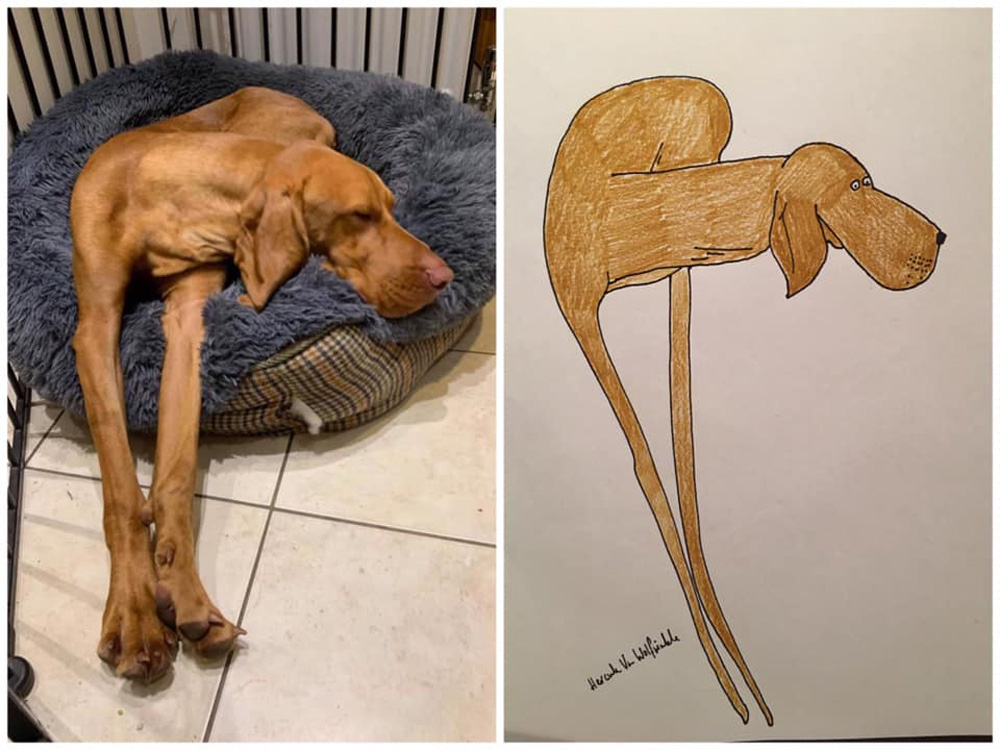 Source: Facebook/Pet Portraits By Hercule
‘Do you get your kicks from upsetting people, is that what this is about?’

Heckles makes it clear on his Facebook page that there is no way he can get to every single request that comes in. He’s got a day job, after all. However, any amount donated to this project goes directly to the charity.

Source: Facebook/Pet Portraits By Hercule
‘There are so many things I want to scream at you and none of them are good’

“Homelessness is such an important issue, it’s a basic right for people to have a roof over the head and food in their bellies,” Heckles told the BBC. “With cuts to services, these charities are often the last line of defense as to whether these people live or die.” 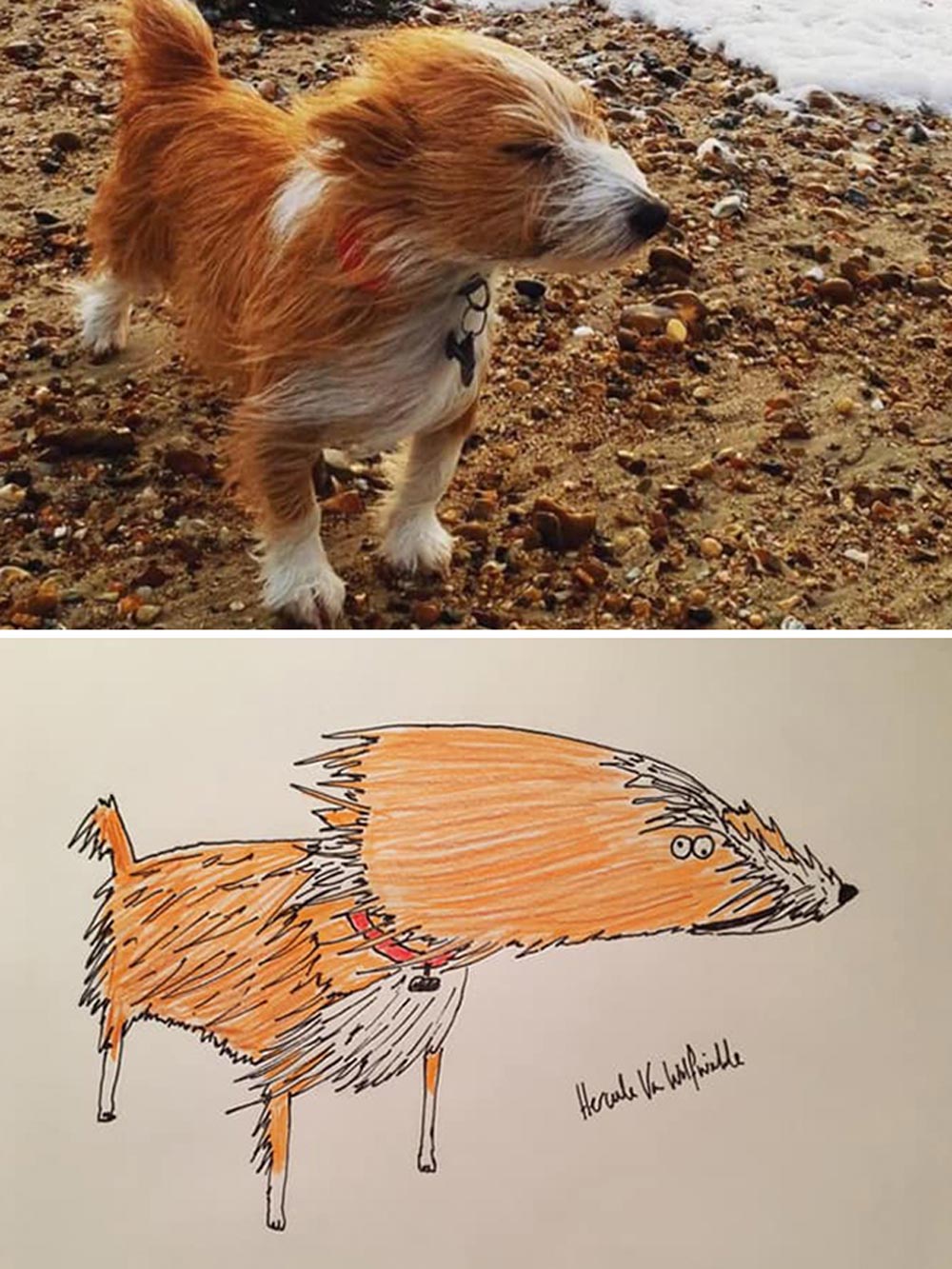 As popular as the rubbish pet portraits project is, Turning Tides may have a steady supporter for the rest of the year.

“We, at Turning Tides, are absolutely thrilled by the amazing talent, energy, and enthusiasm Phil (aka Hercule Van Wolfwinkle) has poured into his Pet Portraits. Phil and all his avid supporters have not only raised a staggering £10,000+ in just a month, in support of our charity; he has also increased awareness of the rising numbers of homeless men and women in our community,” Ruth Poyner, Head of Fundraising and Communications at Turning Tides, told Bored Panda. 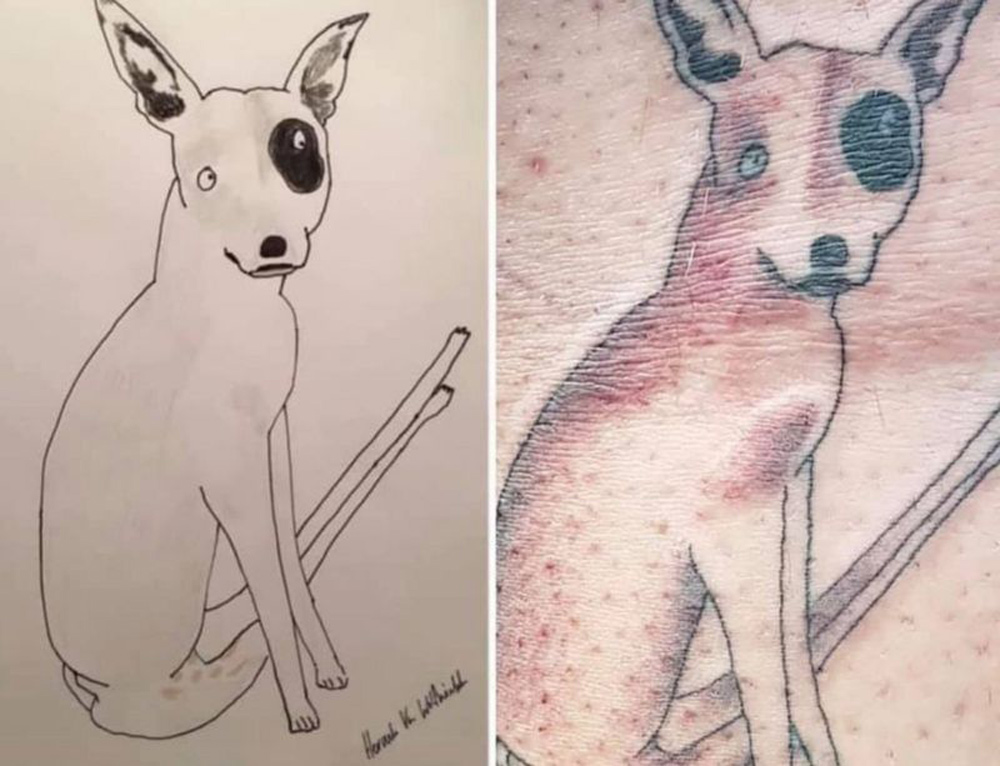 Source: Facebook/Pet Portraits By Hercule
One individual even got an original Van Wolfwinkle tattoo!

One individual who was lucky enough to see an original Van Wolfwinkle of their pet was so impressed, they had it tattooed.

“I can’t believe how it’s taken off,” Heckles said. “It’s just a bit of fun for everybody, including me. When it becomes too stressful, I’ll have to stop. But I’ll try to make as much money as I can for Turning Tides. My next goal is £10,000.”

Thousands Of Veterans Are Mobilizing To Volunteer On Election Day: Click “Next” below!