I don’t know about you, but I’ve had plenty of dogs that could be described as a Chowhound. It seems as if they will eat anything you put in front of them. As it turns out, they will eat more than dog food and leftovers, some dogs have a taste for rubber ducks.

The news is out of Thailand when veterinarians had to perform surgery on a bulldog to remove 32 rubber ducks from his belly.

The American bulldog, called Devil was two years old when he was brought to the veterinarian by Nong Aom. The dog had been retching at home.

Nong realized that her dog had managed to get into a box of 50 yellow ducks that she had bought to decorate the swimming pool. She found that most of them were missing. 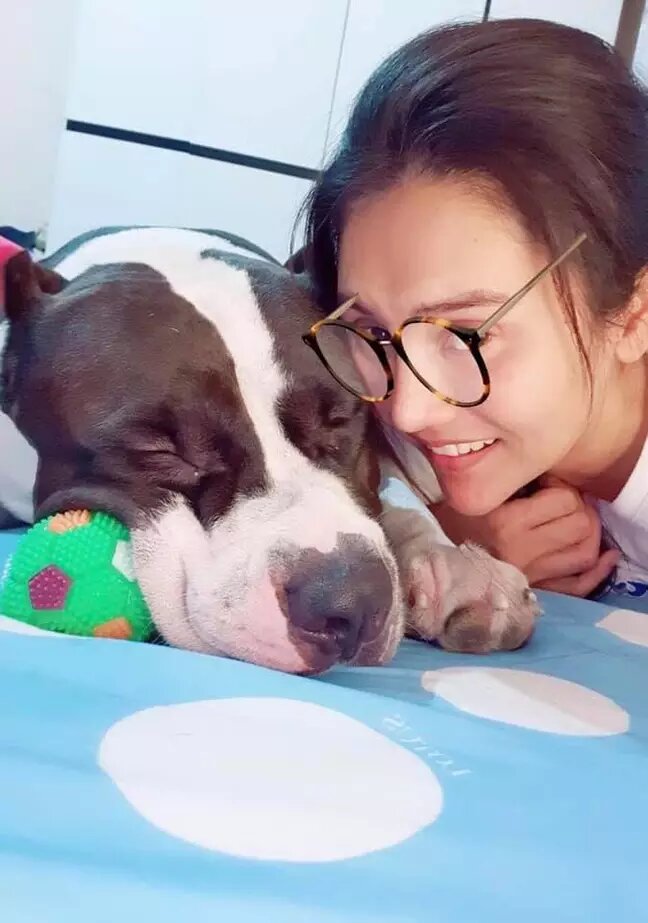 She was afraid that Devil had eaten the toys, especially after he spit up half a duck and vomited five more. After a quick count, she realized there were 32 that must be in his stomach. She panicked and rushed him to the vet.

Muy, the veterinarian x-rayed the dog and found that there were indeed 32 ducks inside his belly. 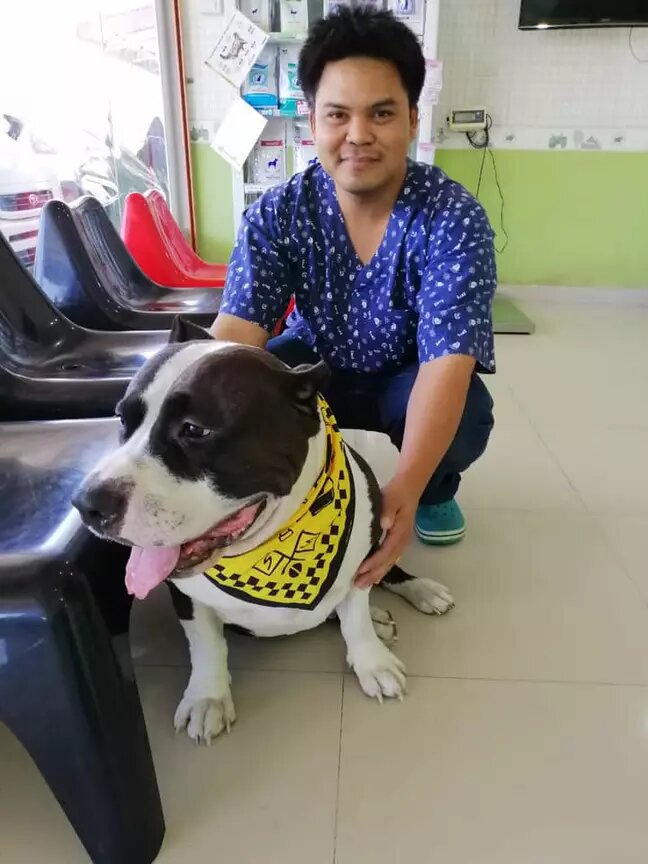 The rubber ducks were removed via emergency surgery. A video was taken and the footage was shared, showing the ducks being removed one by one.

All in all, Devil was in surgery for over an hour but all 32 ducks were removed successfully. They also removed and undigested cow skin snack and two pieces of a rubber ball. 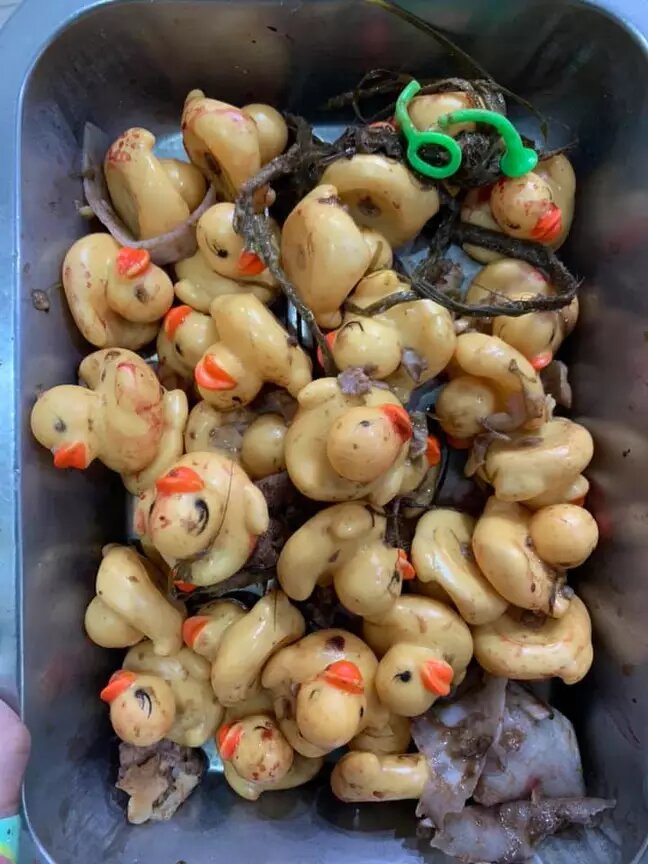 Obviously, the dog was unaware that he put his owner through a stressful situation. He woke up from the anesthesia and walked out of the vet’s office, happy as a clam.

Nong Aom said: “Normally my dog will not eat everything. He knows what’s edible and what’s not. But this time he swallowed 38 of the ducks.

“There were 12 left and he would have eaten the rest if he didn’t start to feel sick.

“It’s very lucky I found him and I live so close to the vets or he might not have survived.” 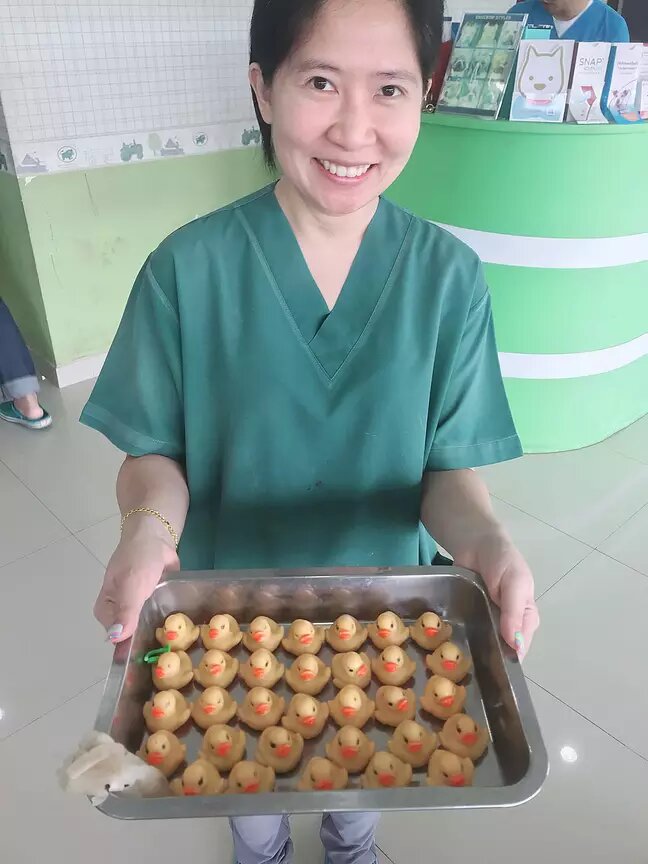 Nong said she bought the box of 50 rubber ducks to decorate the swimming pool. She figures Devil raided the box overnight and she didn’t figure out what happened until he became sick the next day.

Vey Muy said she had never found so many rubber ducks inside of a dog. She also added: “I have removed rubber toys from dogs’ bellies before but I have never encountered this many. It was unbelievable.

“Rubber ducks and other small toys are very dangerous. You have to be careful because dogs are very innocent and don’t know that toys are not meant to be eaten.”

WARNING: The Extreme Footage Shown below May Be Difficult for Some Viewers