Officers in Birmingham, U.K., had no idea what to expect when they walked into the home of a hoarder who had recently passed away.

It was a nightmare, to say the least. Alongside the body of one of the homeowners, who had died in an accident, were dozens small dogs, many of them filthy and suffering.

According to Newsweek, the discovery was made in April 2017, but only began to gain visibility after the story was recounted on a British reality show. 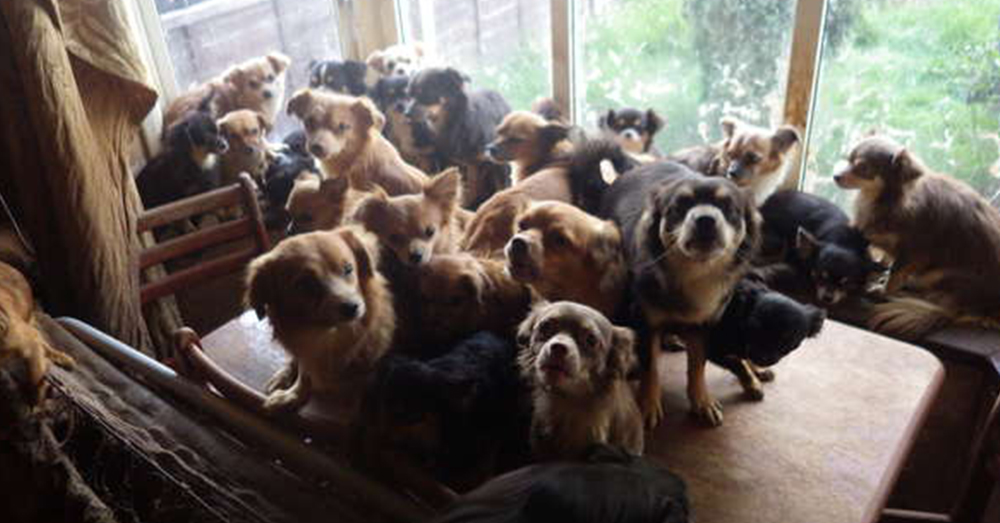 The officers did not immediately realize how many dogs were in the house. Calling for backup, they told an inspector with the RSPCA that there were about 30 dogs in need of help.

“The officers asked us for help with around 30 dogs but I was busy dealing with another emergency elsewhere,” RSPCA inspector Herchy Boal wrote in a press release. “When they called me again a few hours later, they were extremely concerned about the conditions they had found the dogs in, claiming they believed there were actually in excess of 40 small-breeds.” 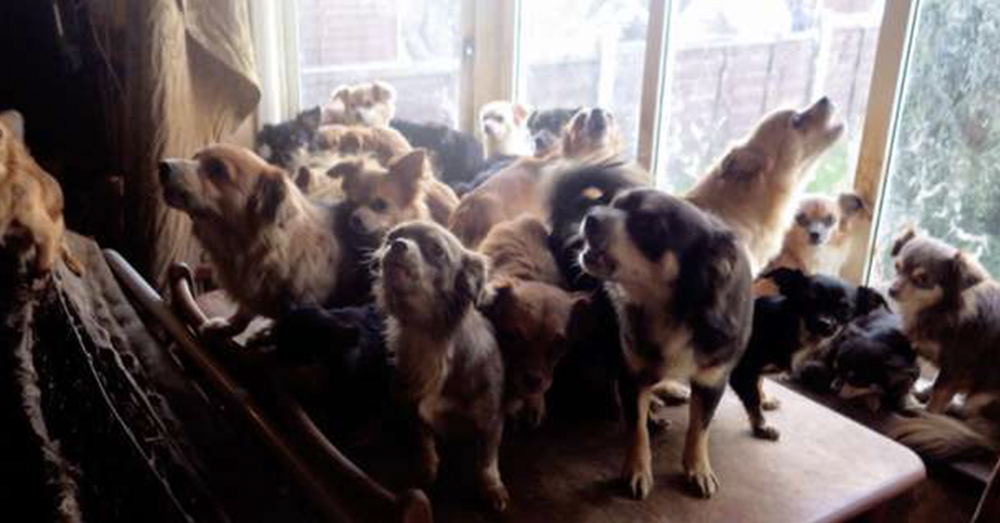 Source: YouTube/ Daily Mail
One of the owners had passed away unexpectedly, and the chihuahuas were climbing over her body.

It took several hours to collect all the dogs, 82 in all. As the Dodo reports, many of them had never left the house before, and were frightened of the officers.

“They literally started appearing from absolutely everywhere,” Boal said. “We’d move the washing machine and suddenly there would be six faces looking at you and it was just incredible where they were able to hide. These dogs had never left the premises. They were almost like feral dogs in a way. They didn’t want to be handled or they were extremely frightened.” 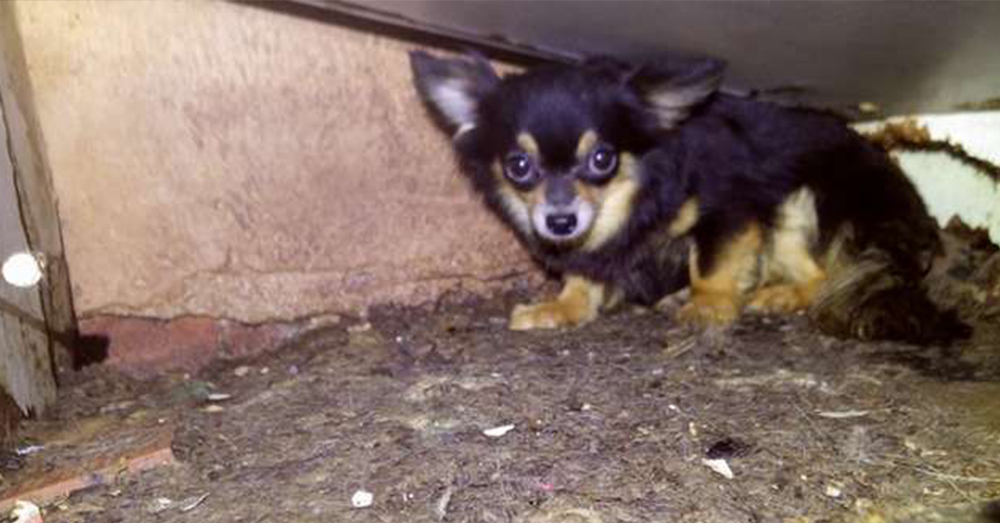 Source: YouTube/ Daily Mail
Many of the animals were frightened of the officers.

The oldest dogs in the group were about 4 years old, and suffered from matted fur and fleas. Some of the dogs were in much worse condition, but all of them were eventually taken to the RSPCA’s Newbrook Farm Animal Hospital to be cared for.

“This was a classic hoarding situation, but it was clear the couple had loved their dogs and things had simply got out of hand,” Boal said. “We worked with Stephen [husband of the deceased] to renovate and clean the home while we cared for the dogs. We returned four of the dogs to him and rehomed the rest. Two of the dogs that went back to Stephen had serious behavioral issues and were extremely aggressive and unhappy.

“We were seriously considering our options with them because they were completely unhandleable,” she continued. “But when we returned them to him, they were like different dogs and were so much happier.” 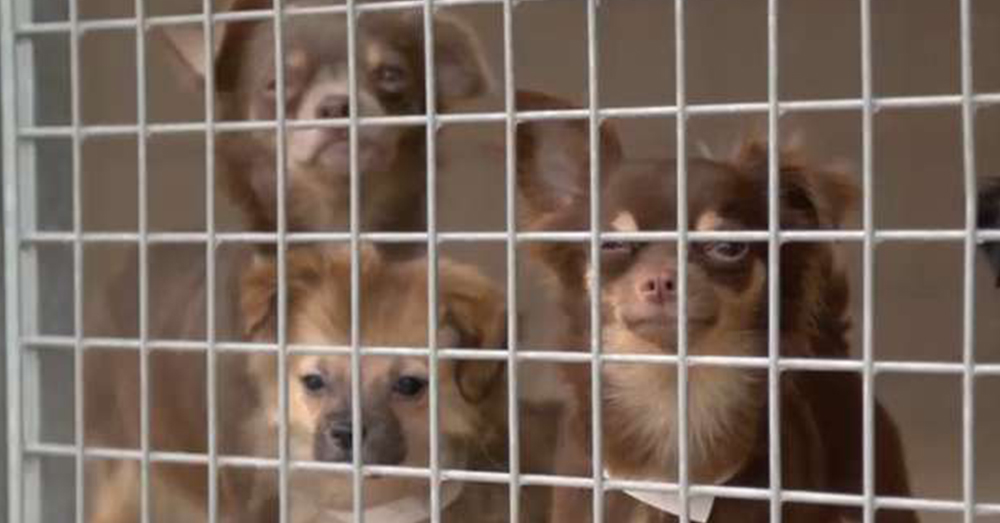 Source: YouTube/ Daily Mail
The dogs were taken to a nearby RSPCA facility, where they were cared for.

A little over 4 years ago, Stephen and his wife had two chihuahuas. After failing to have them spayed or neutered, they multiplied and the couple’s puppy predicament ran wildly out of control.

Boal continues to share this story as a warning to others on the importance of spaying and neutering pets, not only to avoid more animals than a single home can handle, but the dangers of inbreeding, which can cause serious health and behavior problems in animals.

“Multiple dog households are very challenging, and with this job, I had no idea how many dogs I was taking out,” Boal said. “These are not pieces of paperwork or items of electronic equipment that you’re removing. These are living things and they’re scared and they’re frightened.”