She Rescued A Kitten Off The Street And Introduced Her To Her Dog. The Result Is So Heartwarming!

Sharra Platt found a four-week-old kitten all alone on the side of the road near a freeway ramp in Los Angeles. The kitten was extremely tiny and was initially noticed by a woman and her daughter who were standing on the sidewalk looking at the kitten.

Platt pulled over and walked up to them and the kitten. The woman and her daughter had looked around for a mother cat, but she was nowhere in sight. 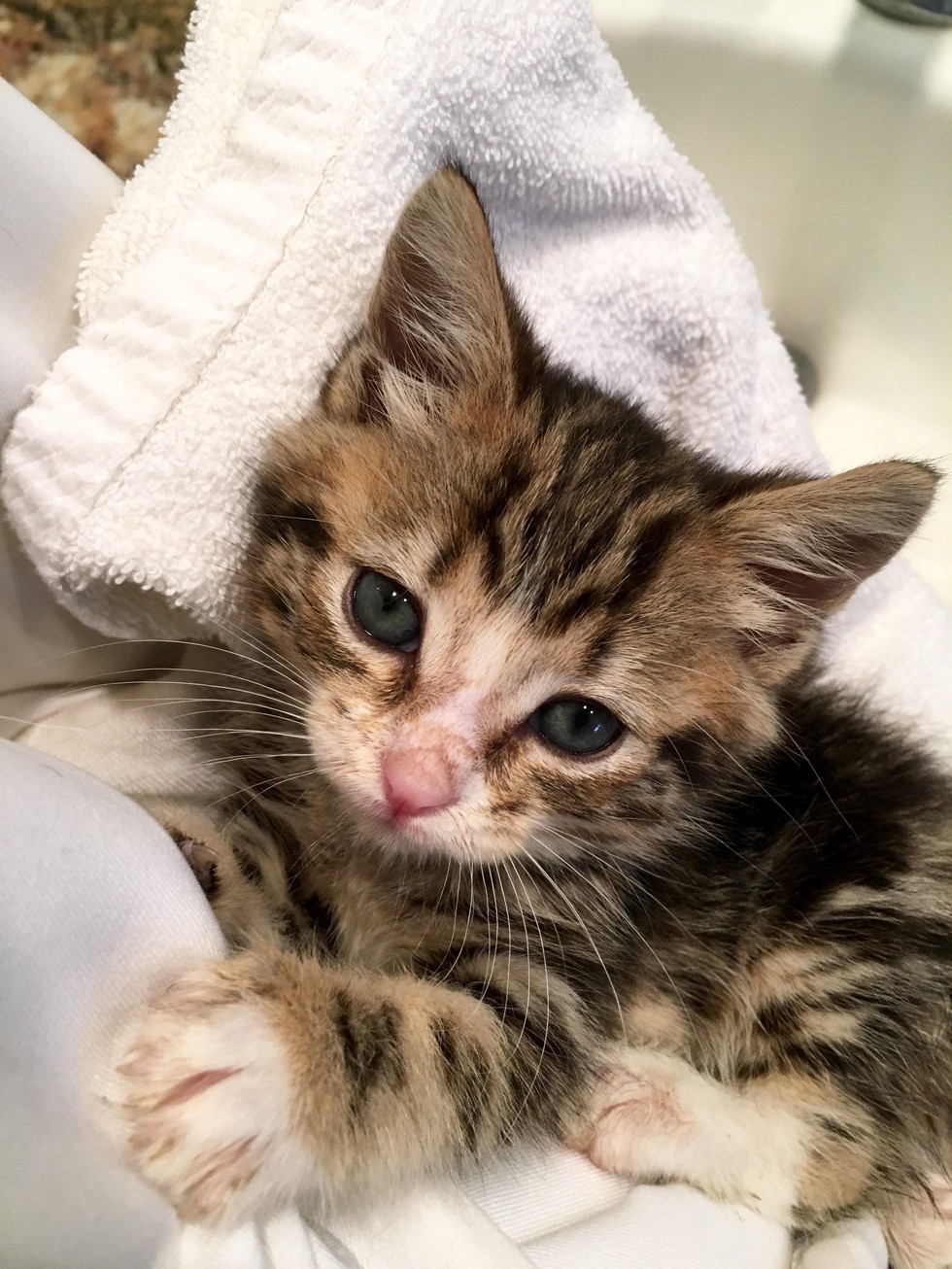 Platt wanted to give the kitten a furever home, but wasn’t sure how her pets would feel about her. Platt has a cat named Lucky, a Pomeranian named Kasey, and a Pit bull named Roxy. 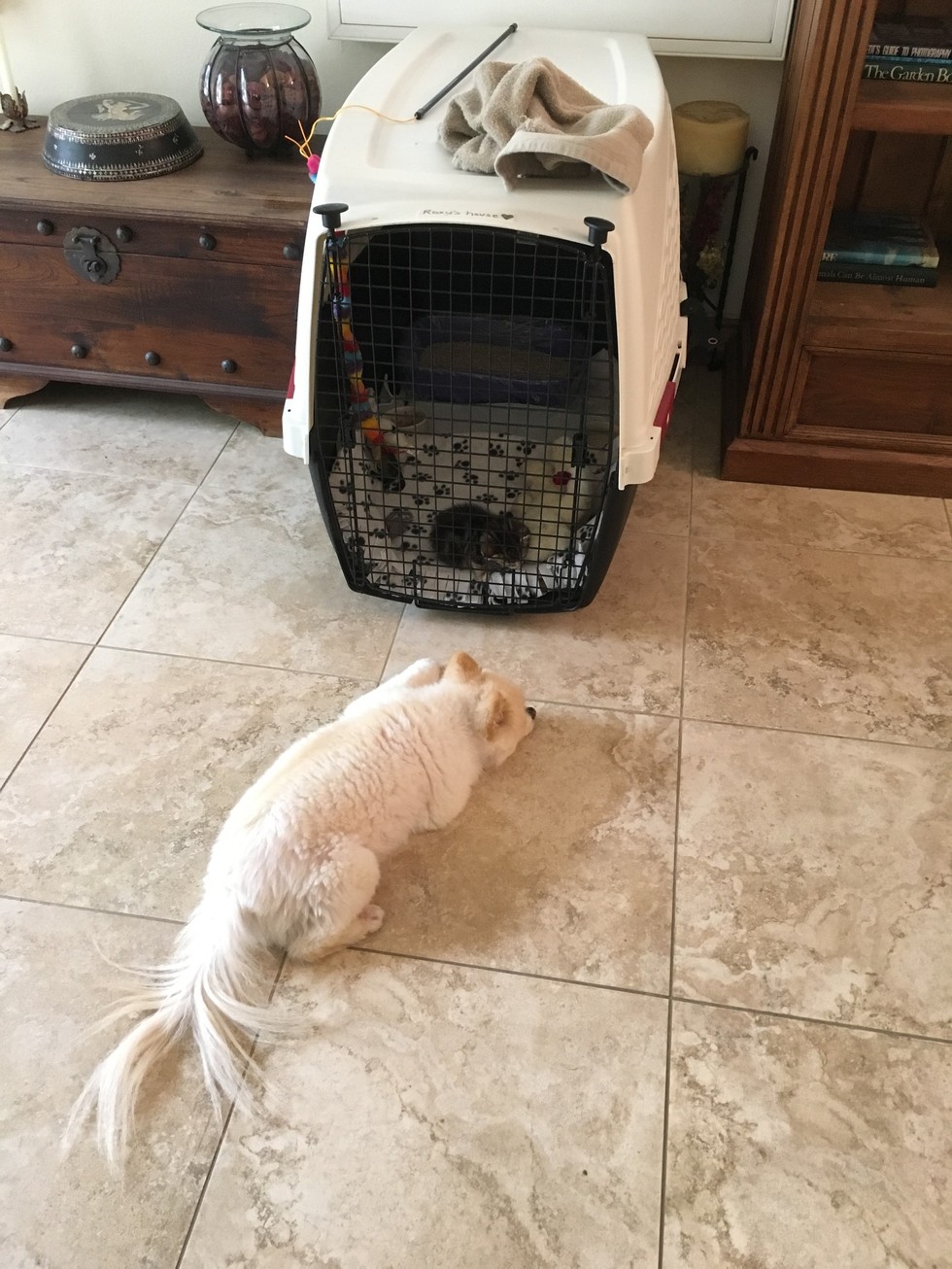 She named the kitten Crenshaw after the road she found her near. At first, she kept Crenshaw in a carrier in the spare bedroom so her other pets wouldn’t feel threatened by her and vice versa. But this wasn’t the case for Roxy. 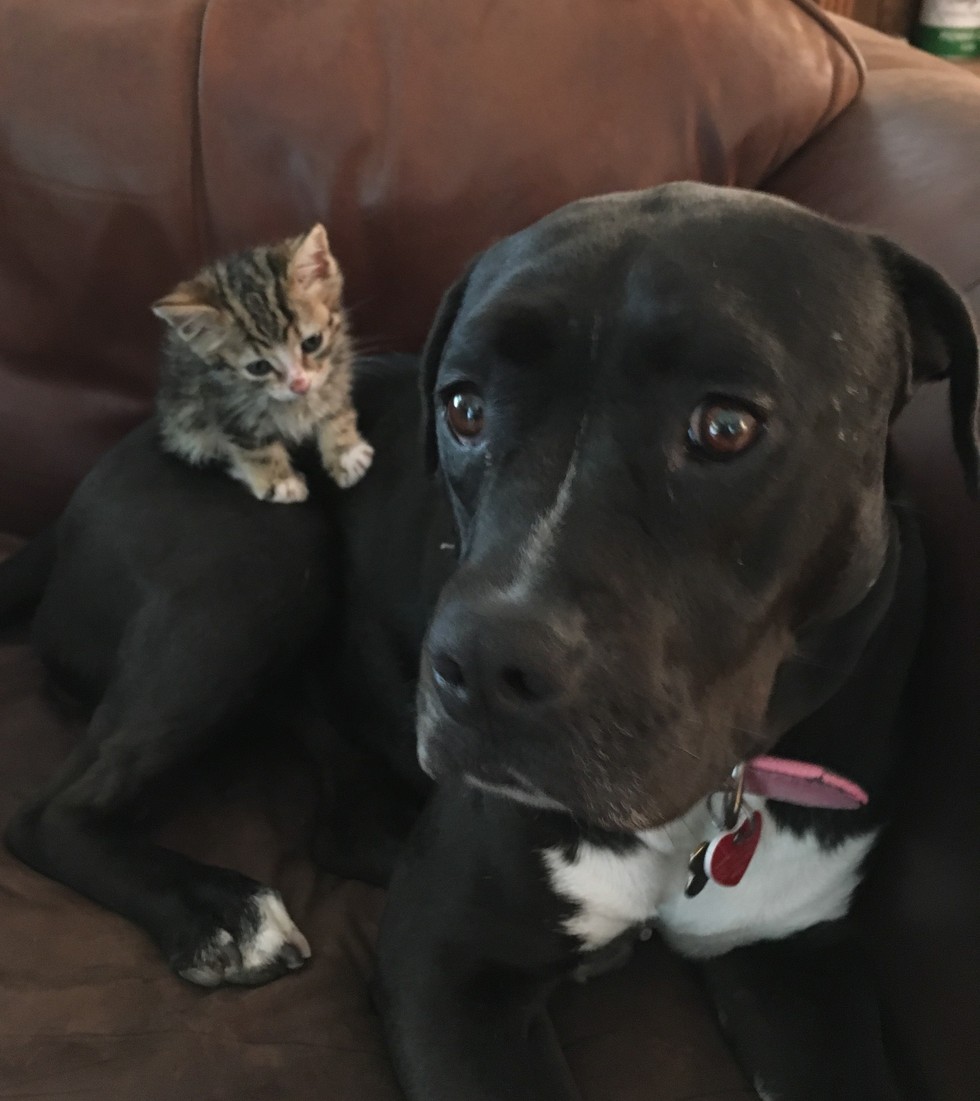 When Platt brought Crenshaw in, Roxy was the first one to greet her. To Platt’s surprise, Roxy fell in love with the kitten, and the kitten fell in love with her, too! Roxy, too, was rescued as a stray off the streets of Los Angeles. She was so petrified while at the vet after her rescue that she wouldn’t walk for five days. Roxy came a long way since those days, and now it’s her turn to make sure Crenshaw doesn’t ever feel the way Roxy did. 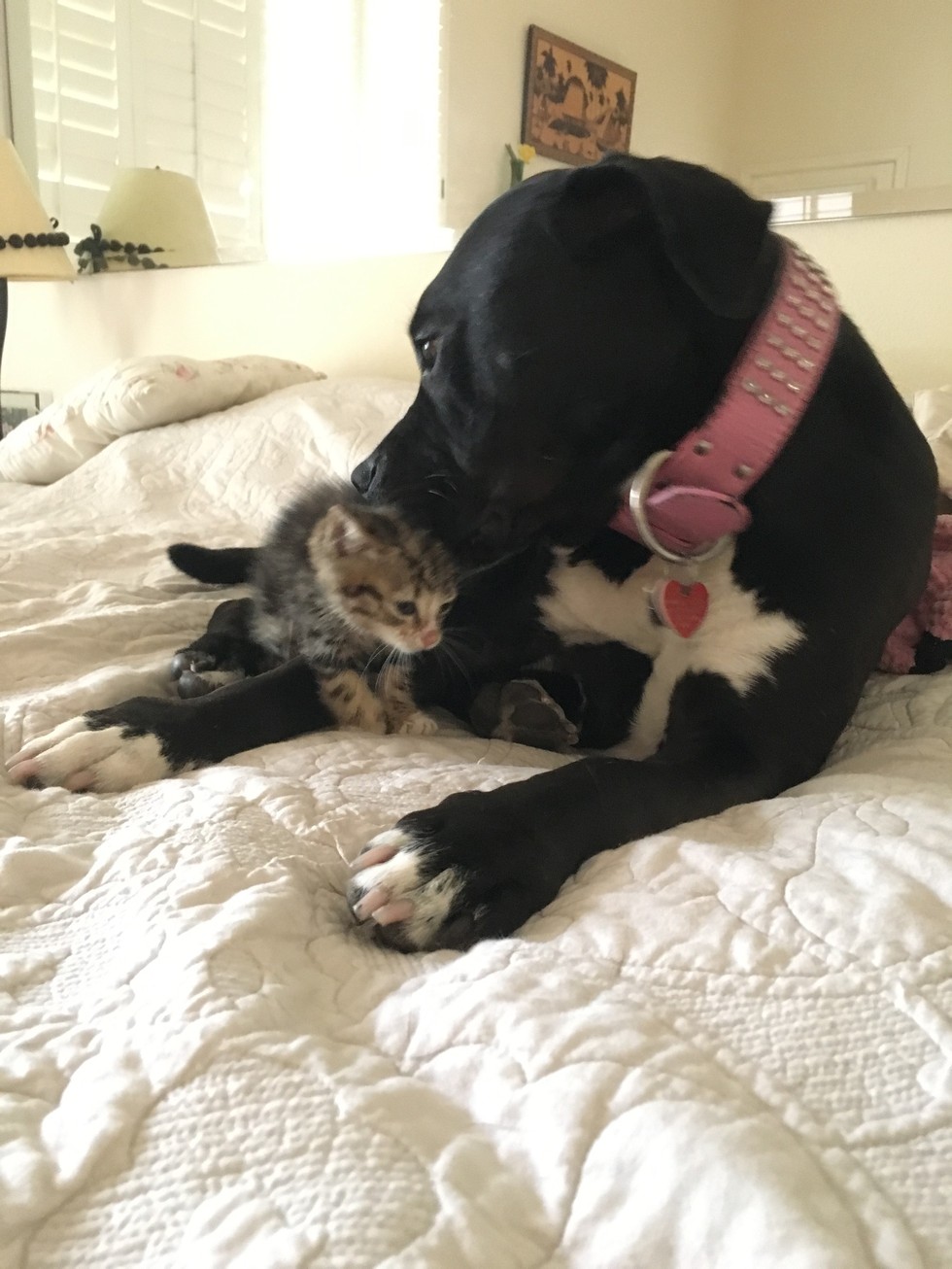 “Roxy took to her right away and was licking her and giving her a bath from day one,” Platt told The Dodo. “Roxy nudges her with her nose and licks her, like a mama dog with puppies. Crenshaw likes it, but it can become a bit much, in which case she gives a cry and walks away. She keeps going back though. Crenshaw just wants to curl up next to Roxy or crawl on her. The bath is part of the deal.” 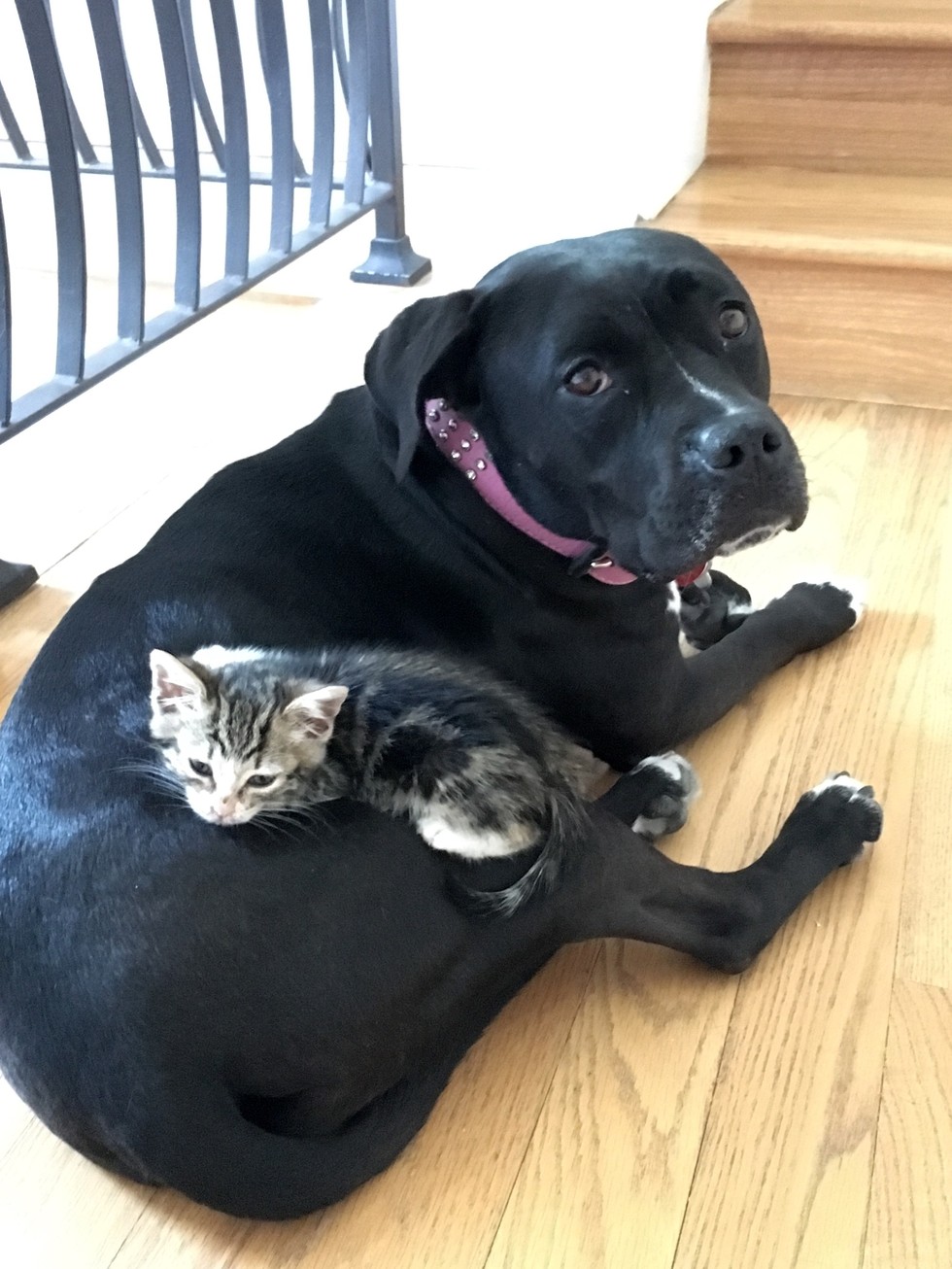