It Took 2 Years To Rescue Her. When They Finally Did, They Found A Sweet Surprise!

This Pit bull, named Rosie, had been living on an abandoned farm in Dauphin County, Pennsylvania, all by herself for nearly two years. Residents in the area had tried for quite some time to get a hold of her, but to no avail. She would bark for hours and rummage through garbage. There was a basement on the property where she was able to creep down in and stay throughout the cold winter months. But once they rescued her, their job still wasn’t done yet. It turns out that Rosie had given birth to a litter of puppies in nearby rubble. 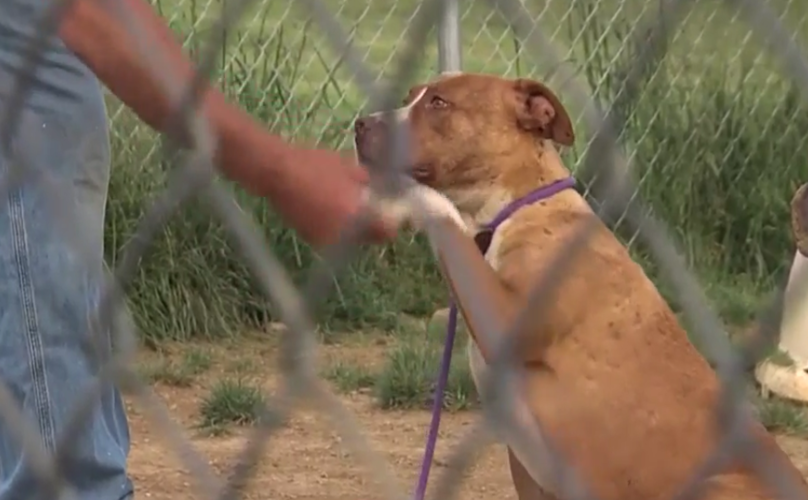 Speranza Rescue Group in Cumberland County came to the rescue and found all of the pups. At first they thought it was six puppies, but then they heard one more crying somewhere. After two hours of digging and searching, they finally found the last puppy. They named all seven of the puppies with “R” names, just like their mother Rosie: Romeo, Reagan, Remington, Rita, Ronnie, Reggie and Ricky. They are all being housed at the rescue and are all safe and healthy. The dogs will have to go through tests and become acclimated with people, but once they are ready they will be put up for adoption. We’re certainly rooting for Rosie and her family!