Unicorns are said to be legendary creatures, but to a rescued black mutt named Rosie they are her whole world.

A mini white unicorn is more than Rosie’s favorite toy, she is absolutely obsessed with it.

But can you blame her? 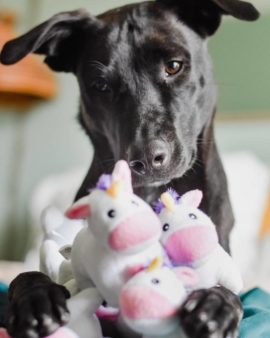 The toy unicorn has the most adorable purple mane and yellow horn, plus it squeaks. Rosie takes her mini unicorn everywhere she goes.

Rosie’s mom, Taylor McDonald, purchased a few backups, but they were all starting to look worn out from all of Rosie’s love. 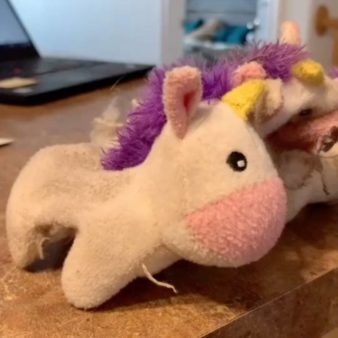 Zippy Paws, the manufacturer of the toy, heard about Rosie’s love of their mini unicorn and sent her a magical surprise.

“Everyone, the most magical thing just happened,” McDonald shared on Instagram. Zippy Paws sent a whole unicorn care package to Rosie, which included a box full of mini unicorns. 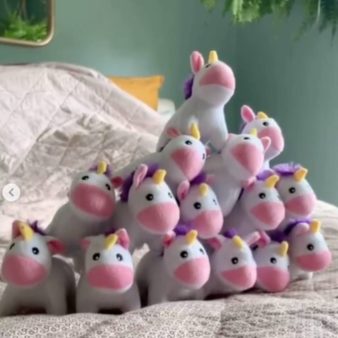 McDonald stacked up all the new unicorns on her bed and then showed them to Rosie. The sweet girl immediately went over to the pile and laid on them. She then proceeded to squeak each one. 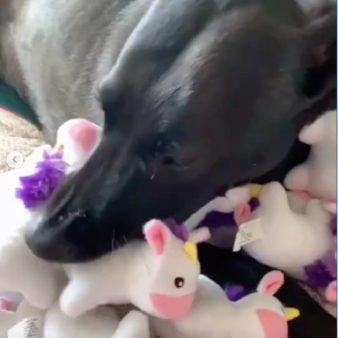 Zippy Paws shared the photo of Rosie surrounded by her unicorns and wrote, “Here’s to hoping you all find someone who looks at you the way Rosie looks at her unicorns.”

McDonald replied to the post with, “She looooves them to no end!”

The worn-out unicorns were finally retired and this little princess will be surrounded by unicorns for years to come. 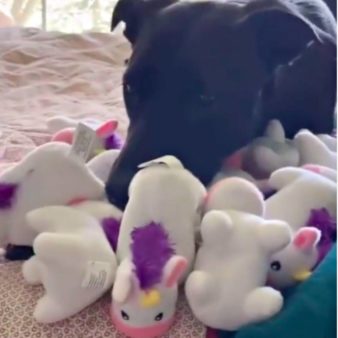 Unicorns are real…or at least they are to Rosie.

The pup’s whole year has been made by the generous gift.

But Rosie hasn’t always lived a fairytale life. She was found abandoned in a snowstorm when she was just a puppy. She was taken in by the McDonalds who showered her with love and helped her become the “needy” goofball she is today. They said, “She truly completes our little home.”

Check out Rosie’s reaction to her gift in the video below.