There are so many beautiful creatures in this world, but only the lucky catch a glimpse of them in their own backyard. One woman from New Hampshire not only spotted some beautiful pink and yellow moths on her deck but took photos to share with the world.

Rebecca Lavoie was pleasantly surprised to see the vibrant moth hanging out on her deck furniture. She immediately grabbed her phone and snapped a shot. She posted the photo on Twitter with the caption, “This moth exists in nature and it’s ON MY DECK.”

This moth exists in nature and it’s ON MY DECK pic.twitter.com/frBXkvav3d

Little did she know that there would soon be many more visitors.

The beauty was a Rose Maple Moths, which are found in North America anywhere that maples trees or oaks grow. If you have ever seen a maple seed then you understand how they got their name. Many describe their unique color as pink lemonade. The brightly-colored moths are nocturnal but become more active during the day in the spring for mating season.

Later that same day, another moth appeared and Lavoie updated her page to inform her followers. “Update: Now there are TWO of them!” 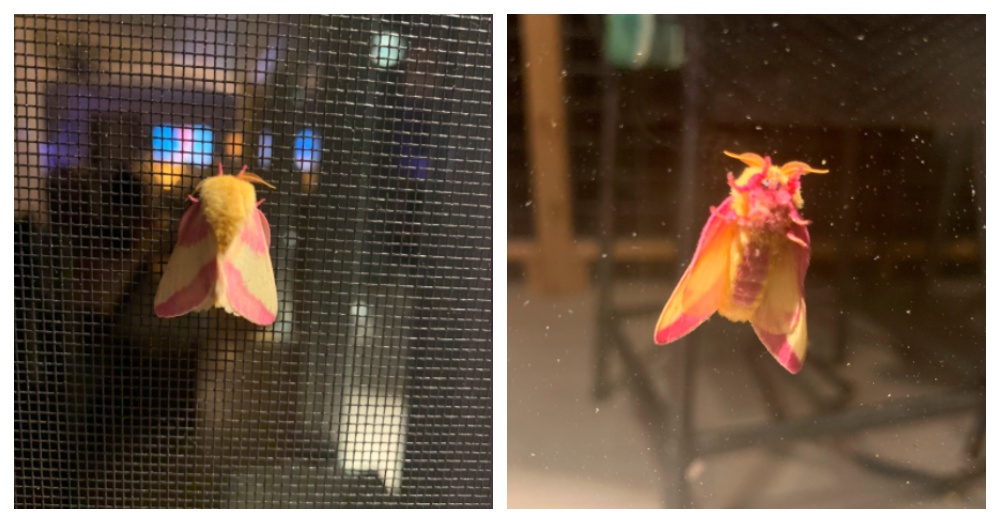 Less than a week after spotting the first moth, Lavoie posted, “Ok so tonight there are so many of these guys hanging out – at least 20!” 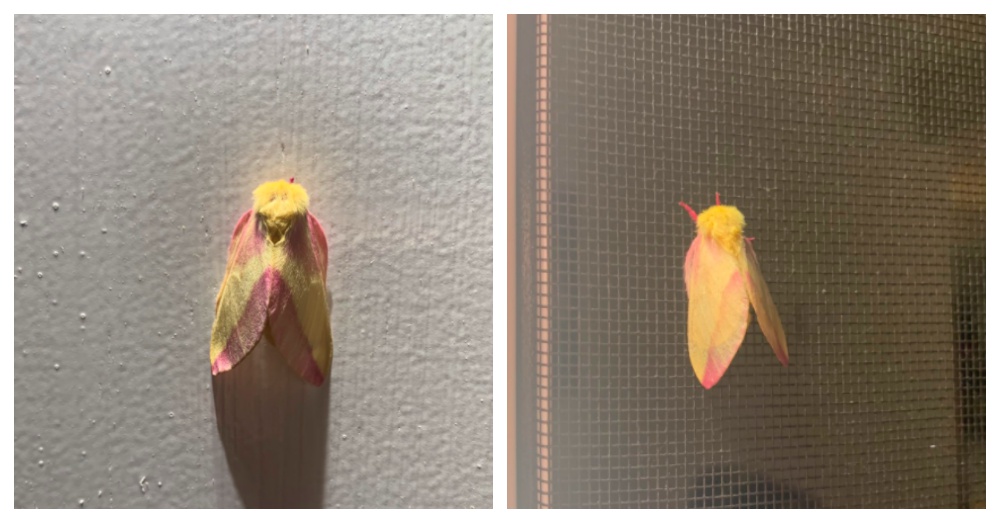 Lavoie is enjoying her new guests and said, “I hope they never leave!”

Don’t forget to put your phone down every once in a while and enjoy the great outdoors. Who knows what you might see.