After two days of torrential rain, floodwaters in Webbers Falls, Oklahoma, measured 12 feet high and rising. By the end of May, most of the town’s residents had already packed up for dry land.

Roscoe was not among them.

The dog was left in a fenced-in area while his family evacuated their home. Doing all he could to stay dry, Roscoe wound up in the branches of a much taller tree. 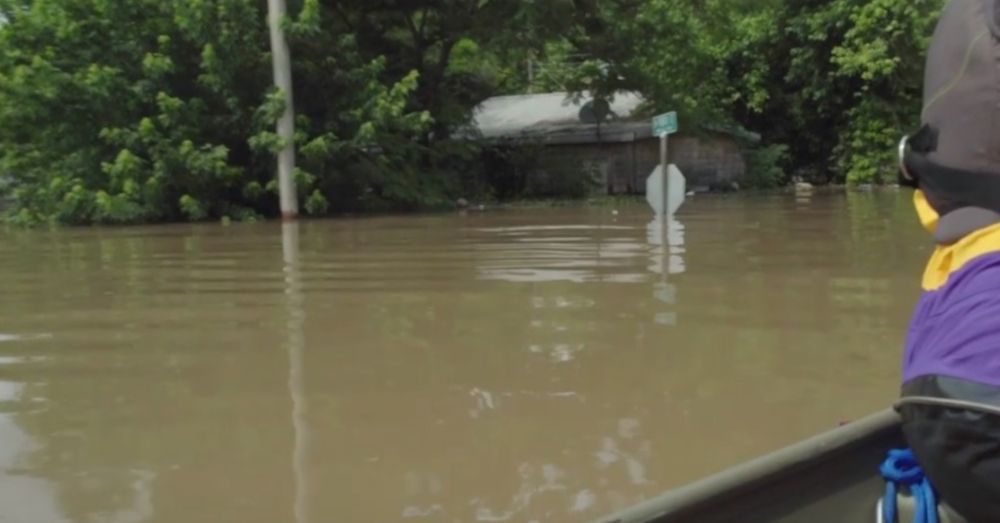 Source: YouTube/American Humane
Flood waters were as high as 12 feet in some parts of Oklahoma.

Though his owners weren’t home, they were still concerned with their friend’s survival, and reached out to rescue organization American Humane for help. Along with Code 3 Associates and the Webbers Falls Fire Department, the rescuers set out in a 50-foot boat, stocked with medical supplies and a veterinarian.

“More than two days had passed since the flooding began and we were not sure if he would have been able to survive the ordeal,” American Humane Rescue veterinarian Lesa Staubus, DVM told People. 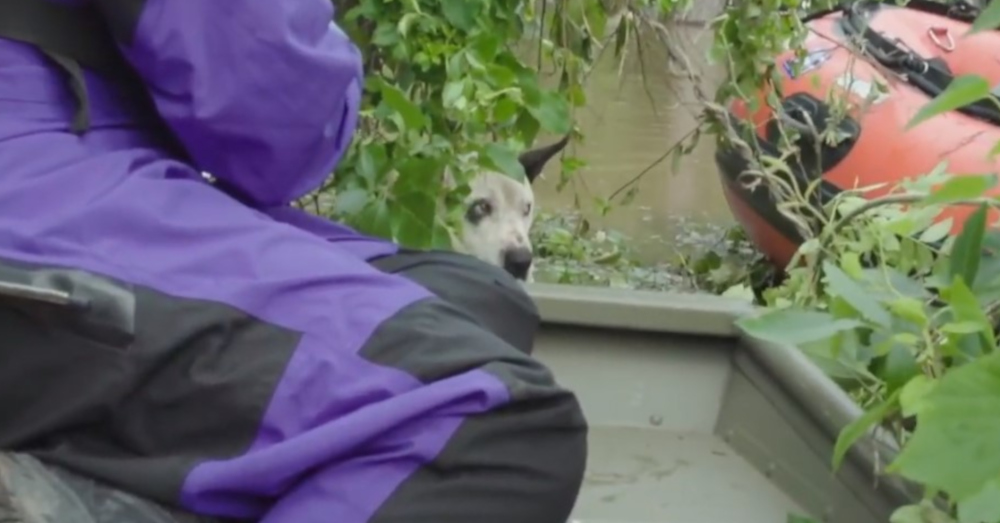 Saubus and the rescuers spotted Roscoe holding for dear life to the branches of a tree, his eyes filled with “fear and exhaustion,” as the muddy and contaminated waters drew higher by the minute.

A few seconds later, his suffering had been availed. Roscoe was pulled onto the boat and dried off.

“With careful teamwork we were able to safely get Roscoe into our boat and into a transport kennel,” Saubus said. “As he was transported out of the flood area he promptly collapsed into a deep sleep. His poor body was exhausted. We are happy to report that the following morning, after he had had food and rest, he seemed much more settled, although no doubt still traumatized.” 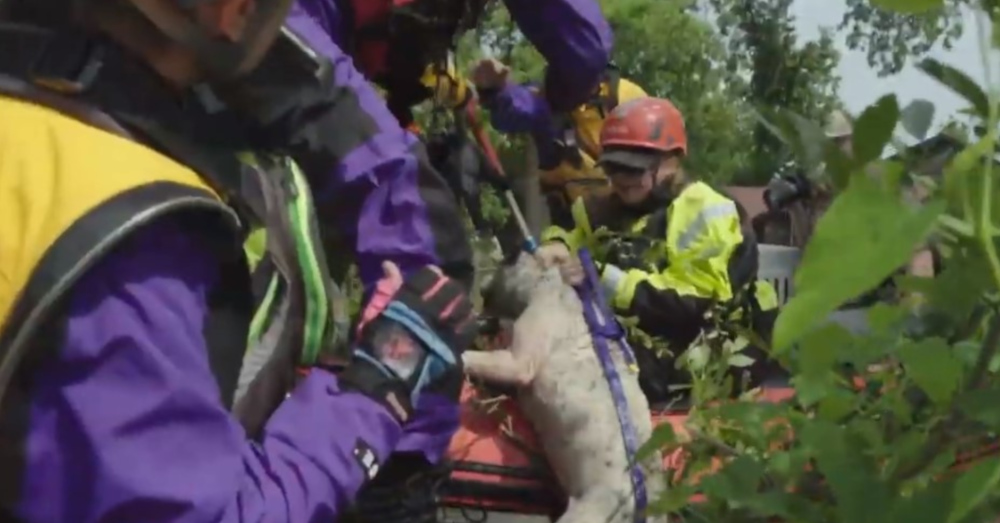 Source: YouTube/American Humane
Shortly after being pulled into the boat, Roscoe fell asleep.

Watch the thrilling rescue in the video below.

Roscoe will eventually be returned to his family, but he is waiting out the storm on dry land at one of American Humane’s shelter partners. The dog is no doubt eager to return home, though he may never feel the same about going near water again.