It’s not every day that a chicken gains national attention and becomes a celebrity overnight, but considering his size, it was pretty easy for him to do just that. You’ve all seen the video, but I think you should learn a little more about what makes this rooster so special. The bird’s owner, Fitim Sejfijaj, was the photographer of the viral video and he promises the rooster is real. Many thought that it looked like a guy dressed up in a chicken suit, but he promises there’s nothing fake about the gigantic bird. 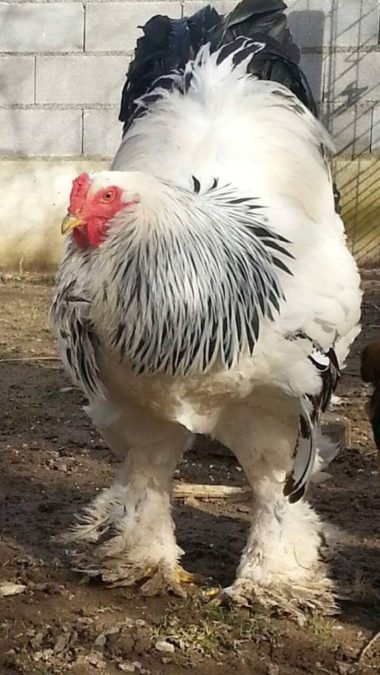 The rooster is actually a Brahma chicken, which is one of the largest chicken breeds on earth. However, the other Brahma chickens pale in comparison to this massive animal. Sejfijaj told The Dodo that his rooster weights 16.5 pounds, almost four pounds heavier. He is also 2.79 feet from head to foot, almost as tall as a toddler! Despite Brahma chicken’s imposing physical stature, Sejfijaj says his rooster, like other Brahma Chickens, are sweethearts. “He is a very loving and happy bird. He has two hens with him and he is very well treated.”