Luke Salmon has been facing bullies at school for psoriasis, a condition he can’t do much to control. At times, the 15-year-old boy felt like he didn’t have a single friend.

That is, until he found Roo.

According to People, Luke was looking at dogs online when he saw the eight-week-old Labrador mix. With six legs, it was no ordinary dog.

Luke and his mother, Lauren Salmon, immediately knew Roo’s condition was rare. And because she was from a breeder, may have soon been euthanized to make room for other animals.

They had to act fast. Within a few days, the dog was theirs. 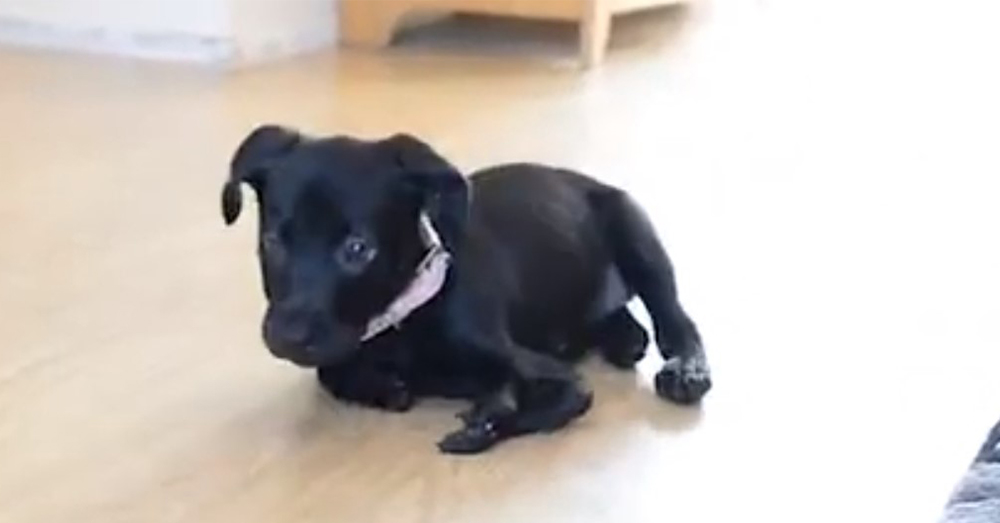 Source: YouTube/Sergo UfoSergo
Roo was born with 6 legs, instead of 4.

The Salmons named their new puppy Roo because of the way she hops around on his back legs. She fits right in with their Jack Russell terrier, two cats, and French lop rabbits. More importantly, she’s become Luke’s best friend.

“It was love at first sight for Luke and for Roo from then on,” Salmon told SWNS. “Luke is like a protective father. They never leave each other’s sides and she even sleeps in his bed.”

After just a few weeks, Roo has become one of the family, and given Luke more confidence.

“Luke feels like the odd one out because of his condition, and now he’s got a best friend to match,” Salmon said.

Roo’s condition isn’t life threatening. Around Luke, he seems as happy as can be. 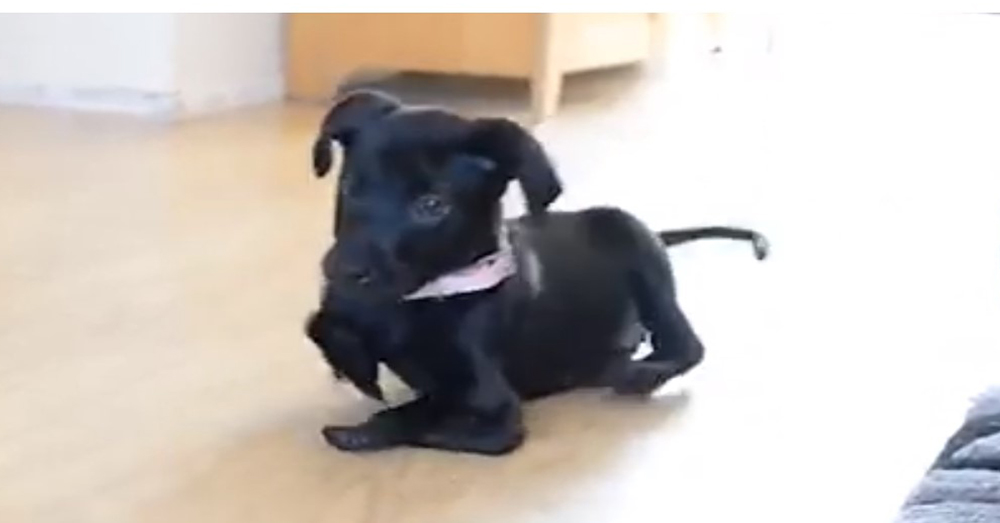 “We absolutely love Roo to pieces. She’s is just a normal dog to us, just with a couple of extra bits. Her special legs don’t cause her any pain, and it’s easy to see just how full of life she is,” Salmon said. “She’s full of puppy energy, so we’d describe her as placid but playful. There are not many dogs like Roo out there. I think the breeders kill them off because they’re not worth anything, but to us she’s priceless.”

Roo doesn’t have any problem moving around, though her mobility is hindered by the extra legs. The Salmon family asked a well known veterinarian, Dr. Noel Fitzpatrick from “The Supervet,” if there was anything that could be done to help.

“When she walks, she sort of staggers on her elbows with her bum in the air, like an army crawl,” Salmon said. ” It’s sad but it’s cute at the same time because she is so full of energy.”

In the meantime, Roo is enjoying her new life, and Luke his added confidence. With the added comfort of this new friendship. Salmon is hoping her son’t skin condition improves, as well.