The Animals At This Circus Will Thrill You, But None Of Them Are Real

People have been buying tickets to see the animals at Circus Roncalli, in Germany, since 1976. The circus has since acknowledged the inhumanity of forcing animals to perform, and while the main stage has gone through some updates, its thrilling acts are still in operation today.

Circus Roncalli is the first in the world to replace live animals with 3D holographic likenesses. As Bored Panda reports, projectors set around the center stage light up a 1,680-square-foot area with galloping horses, lifelike elephants, rings of fire, even massive goldfish. 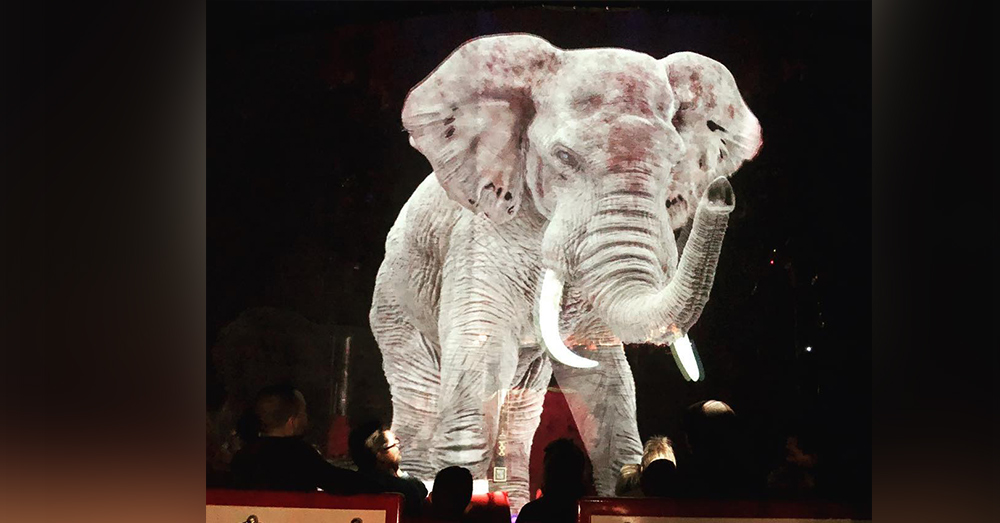 Source: Facebook/CircusRoncalli
The Roncalli Circus does not employ any animals.

This technological marvel proves that bullhooks are not necessary to show people how incredible animals can be. Reducing animal suffering is an initiative that circuses around the world are finally taking serious. In 2017, the Ringling Bros. Barnum & Bailey closed up after 150 years of promoting traveling animal acts. Disney’s remake of the classic animated film “Dumbo” drives the point home even further.

“It’s funny, but I truly never liked the circus,” said director Tim Burton. “You’ve got animals being tortured, you’ve got death-defying acts, and you’ve got clowns. It’s like a horror show. What’s to like?” 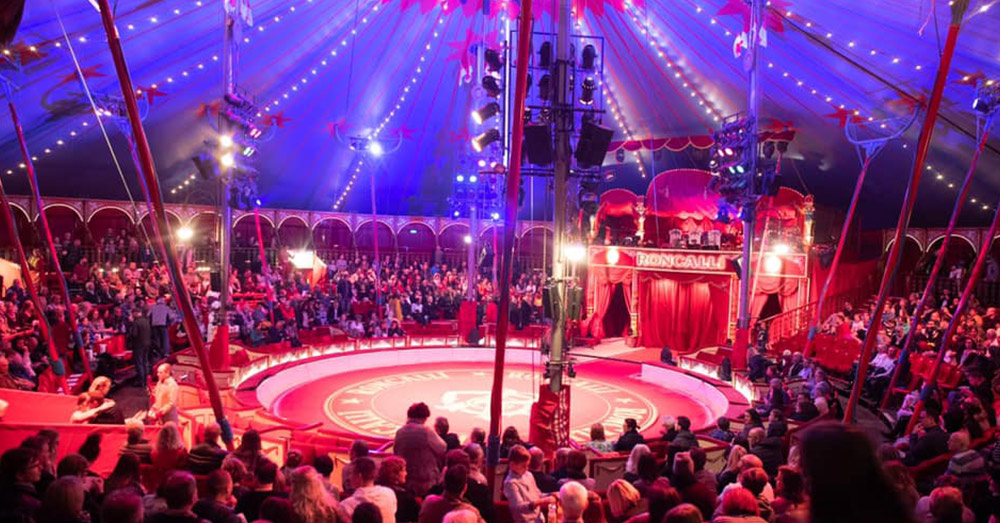 Source: Facebook/CircusRoncalli
The circus has been in operation since 1976.

“I look at [“Dumbo”] as a story that permitted itself to have an opinion on whether it’s right or wrong to have animals in captivity, and the opinion that it expresses I, of course, would fall on the side of,” said a
actor Colin Farrell, who plays Holt Farrier in the live-action film. 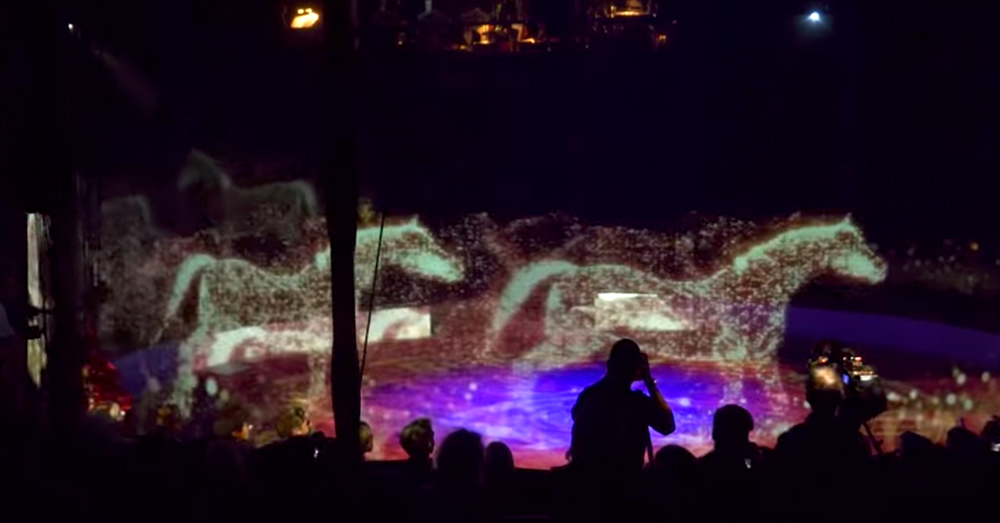 Source: YouTube/Optoma EMEA
The animals are projected onto transparent screens.

“There’s a lot good themes in the movie, ones that were preserved from the Disney original and the ones that we’ve added,” said Danny DeVito, who plays a circus ringleader in the film. “And I think a lot of people are going to enjoy the fact that we’ve dealt with [animal rights] the way that we have.” 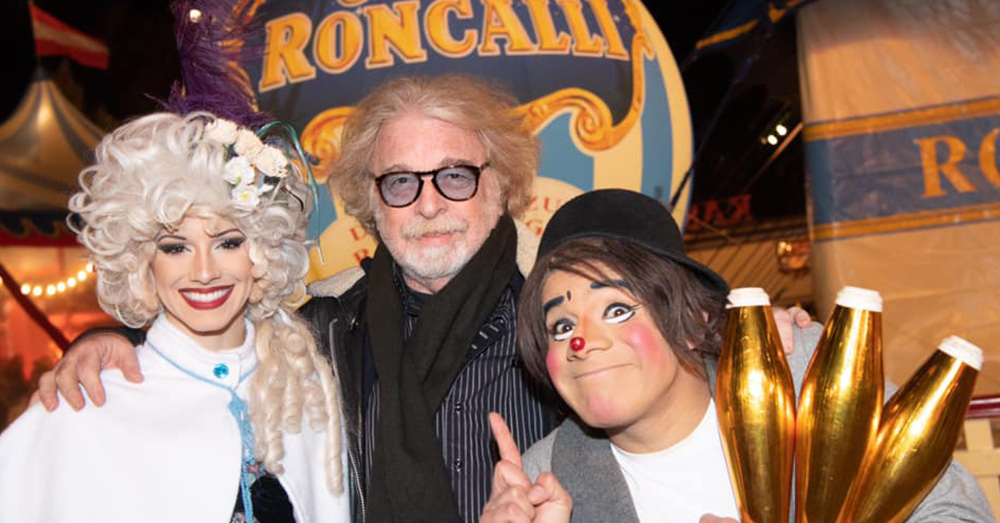 Roncalli is working with Bluebox and Optoma, technology companies who provide the means to make this cruelty-free spectacle come to life.

“We have been using Optoma projectors for 6 years and have consistently had a very positive experience in price, performance, and reliability,” said Bluebox’s Birger Wunderlich. “We needed a high contrast projector with great colors for the 3D effect and the ZU850’s 2,000,000:1 contrast is perfect for this project.” 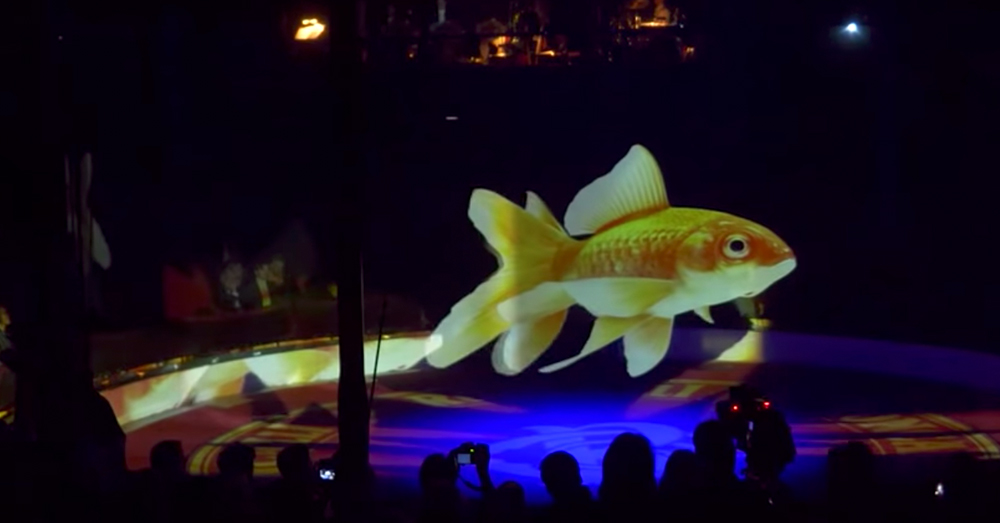 Source: YouTube/Optoma EMEA
The circus shows a number of impressive animals on the main screen.

According to WSVN, Founder and director Bernhard Paul invested more than 500,000 euros to make this circus a reality, bringing in more than 600,000 guests to watch the show every year.