Luckily, two men heard the desperate cries of a dog. They looked over the edge of the cliff and saw a husky drowning in the Romanian river.

The dog tried to get out of the water, but the rock edge was too slippery. He struggled to stay above water until his rescuers arrived.

One man quickly descended the rocky cliff and entered the frigid water. He grabbed the dog by the scruff of his neck and trudged through the water to safety.

His friend waited eagerly on the shore to help the dog up the hillside. Once everyone was out of the water and on dry land, the excitement began. 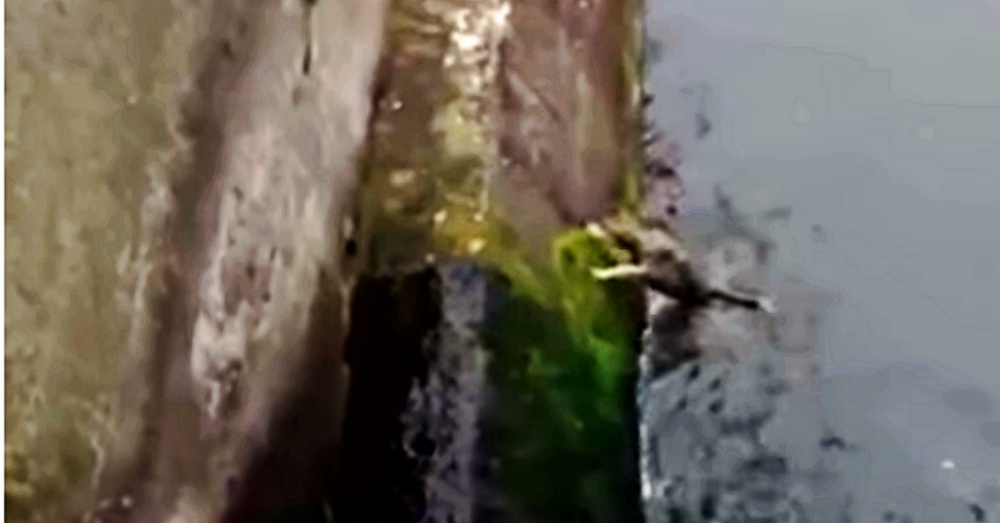 Their quick actions and bravery saved the dog’s life. The dog showed his appreciation with uncontrollable tail wagging and cries of joy. He followed his rescuers and was relentless in showing his gratitude. We all love a happy ending and a happy dog.

The video has gone viral and is a hit with over 9 million views on Youtube. Watch it below.

Check out another video about a hilarious Husky by clicking ‘next’ below.