As the crow flies, Garlock Road in Castle Rock, Wash., is about 50 miles from the Pacific Ocean. Crows are actually known to make their nests in the area.

As of recently, so are sea lions.

Sergeant Corey Huffine of the Cowlitz County Sheriff’s Office came across a “wayward sea lion” one morning when he found it blocking the country road. Garlock winds through about a mile of Washington forest and farmland. It crosses over the Delameter Creek, which connects to the Cowitz River, which meets the Columbia about 53 miles from the Pacific Ocean. If the sea lion kept to the main waterways on its way to Garlock Road, it’s possible the animal traveled close to 75 miles after leaving the ocean.

Sgt. Huffline posted photos of the encounter to Facebook. 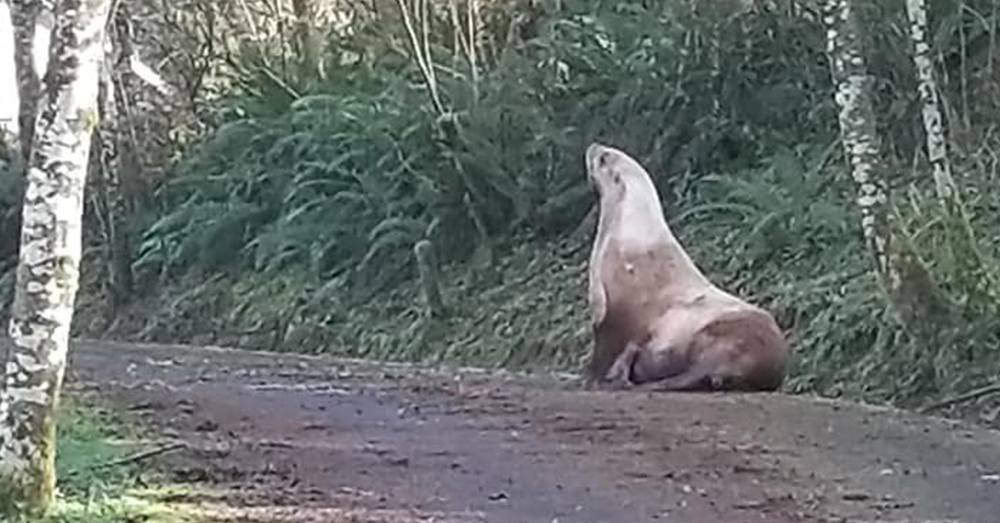 The Cowlitz County Sheriff’s office deputies and Washington State Department of Fish and Wildlife officials worked together to load their land-locked new friend onto transportation back to the Columbia River. 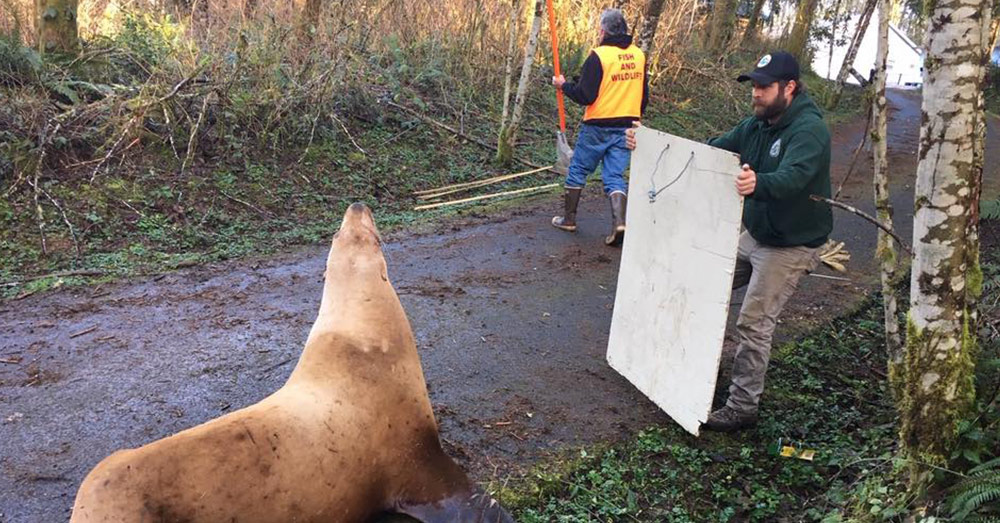 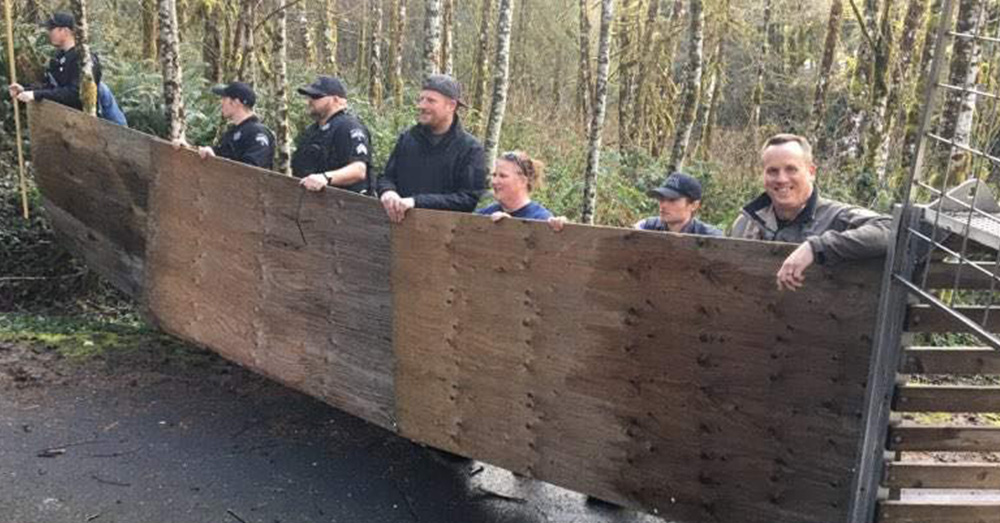 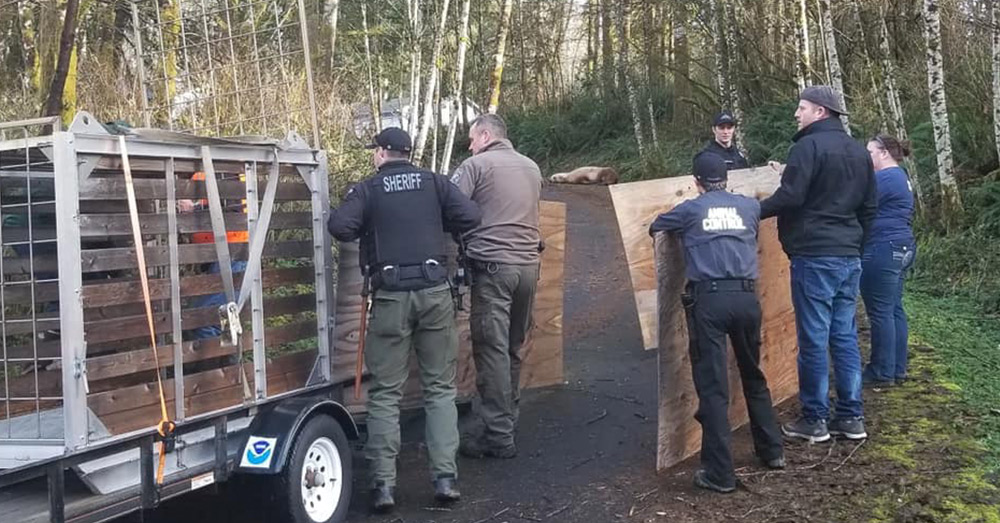 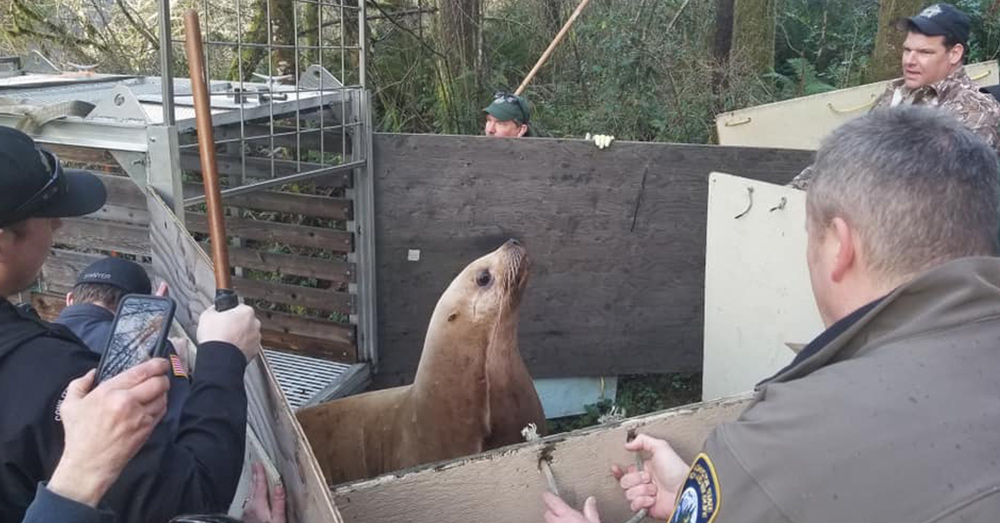 Source: Facebook/Cowlitz County Sheriff’s Office
The sea lion was ushered onto a trailer. 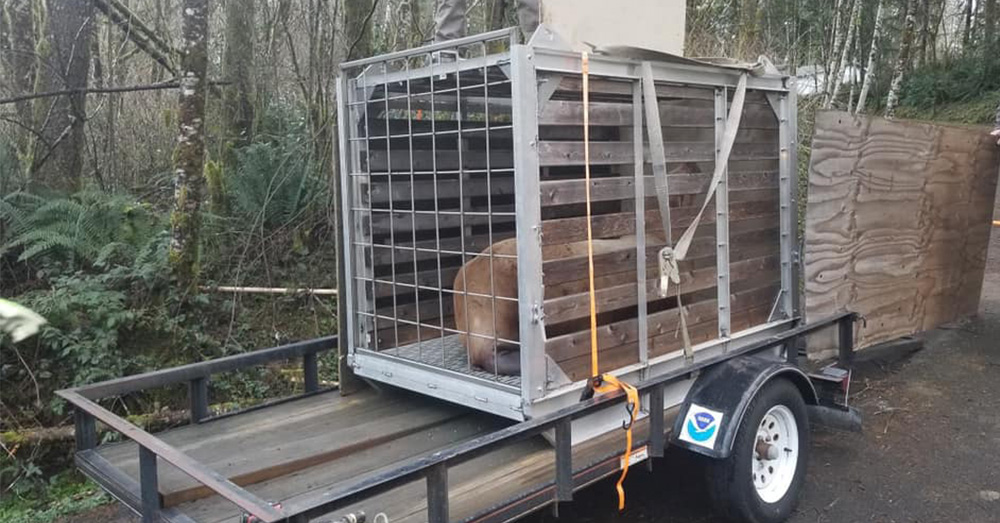 Source: Facebook/Cowlitz County Sheriff’s Office
The sea lion was transported back to the Columbia River in a large metal cage. 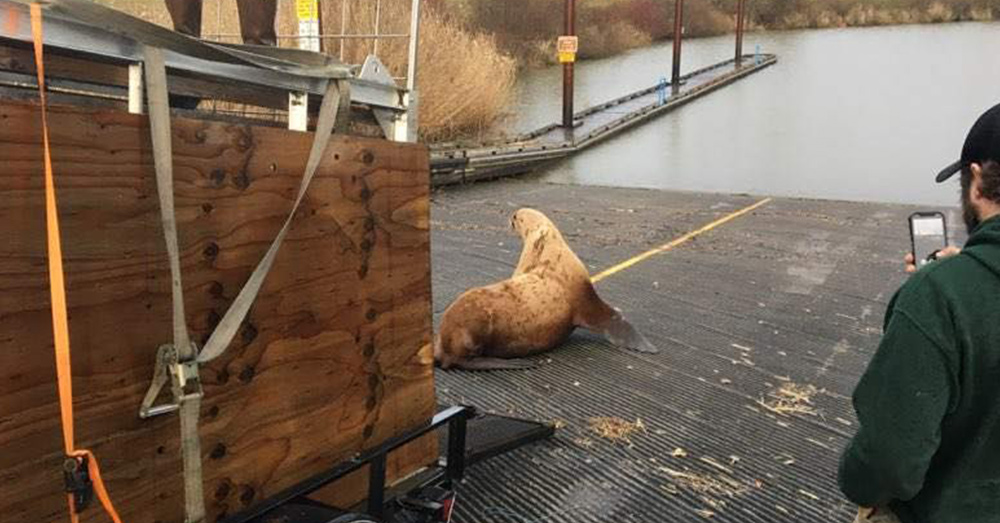 Source: Facebook/Cowlitz County Sheriff’s Office
The sea lion was released back into the water at a boat dock along the Columbia River.

According to the Marine Mammal Center, male Steller or northern sea lions can grow to 11 feet long and weight up to 2,500 pounds. The noisier and more playful California sea lion, which Sgt. Huffline seems to have found, can potentially reach up to 7 feet long and 850 pounds in weight. They make their way around on land with strong front flippers.

“California sea lions are very social animals, and groups often rest closely packed together at favored haul-out sites on land or float together on the ocean’s surface in ‘rafts,'” the Marine Mammal Center reports. “They are sometimes seen ‘porpoising,’ or jumping out of the water, presumably to speed up their swimming.”

A Permanent Ban On The Chinese Wildlife Trade May Be Needed To Stop Coronavirus, But It Won’t Be Easy: Click “Next” below!