Rescued dogs often make excellent pets because they have so much love and loyalty to give. But some dogs possess too much energy, exhibit destructive or aggressive behavior, or just can’t bond with humans. These so-called “unadoptable” dogs are generally doomed to a life of disappointment (and run a higher risk of euthanasia) as they spend their lives in and out of animal shelters, where they’re repeatedly rejected by humans frustrated by their inability to quietly cuddle and play.

Fortunately, one Washington State-based group has discovered these shelter rejects actually have a critical job to do. “We started Rogue because we care about wildlife conservation as well as we rescue all of our detection dogs,” said Jennifer Hartman, whose company, Rogue Detection Teams, is shaping unwanted mutts into skilled detection dogs that help biologists gather critical data in the field. 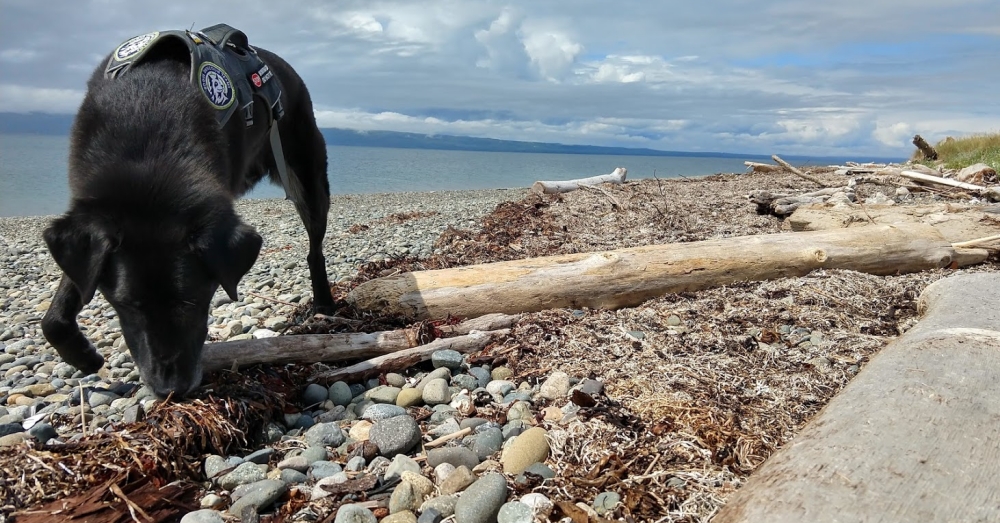 “They all have one thing in common,” Hartman says of Rogue’s 18 rescued dogs, who range from 1.5 to 3-year-old pups to seasoned detection dogs in varying stages of their careers. “They’re obsessed with playing fetch. And by fetch, I mean it’s the only thing that they want to do.”

Rogue, which was founded in 2019 by biologists/dog handlers (“bounders”) who’d worked together on a similar project run by the University of Washington, accomplishes its mission by rescuing dogs to help researchers sniff out data in the field. And, in a twist, the company is actively seeking those so-called “unadoptable” dogs, having found their inexhaustible energy, drive, and compulsive need to play ball — those same qualities that made them terrible house pets — also tends to produce the best wildlife biologists.

“These are dogs that people can’t really easily have in their houses or around children or in a city, but are perfect for us because we pair that insane need play fetch with locating rare or elusive odors, whether this is wildlife or toxins or invasive plants or live animals,” says Hartman, whose company, although technically new, is comprised of veteran bounders with 65 years of collective experience in detection dog methodology. 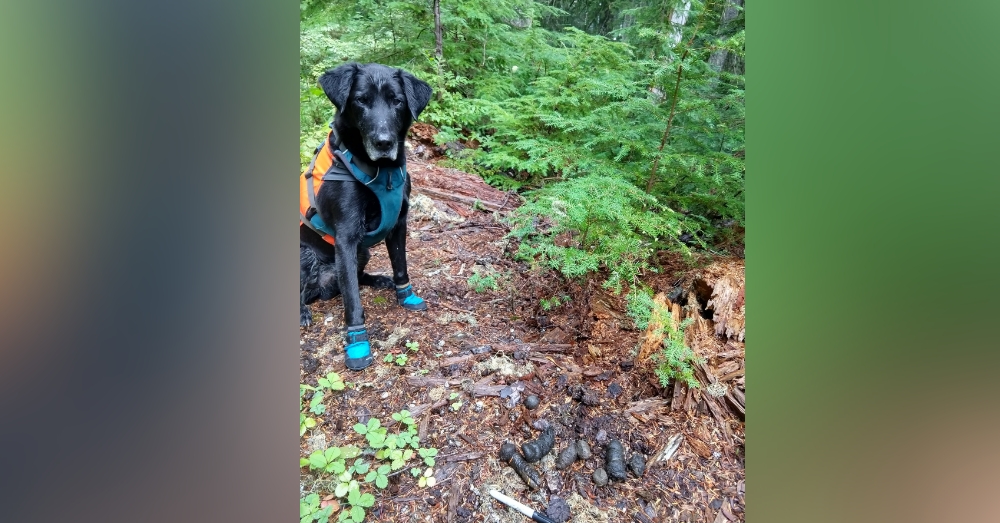 Even so, retraining dogs isn’t easy, especially when you’re working with shelter dogs who’ve gained a reputation for difficult behavior. Hartman’s own rescued dog, a 16-year-old black lab mix named Scooby, took years to grow into the model detection dog he is today. When Scooby was first rescued from the Oregon Humane Society, staff called him “the nose-bleed dog” because his manic energy resulted in frequent staff injuries. Nobody, including Hartman, really wanted to work with him.

“He was so obsessed and insane that he would just bop up and down while you’re trying to get the harness on,” she said, recalling how she once showed up to work with a bloody forehead after trying to wrangle Scooby into his working gear. The dog further tested everybody’s patience by refusing to give up the ball, which bounders use to reward dogs for collecting the DNA-rich animal scat that informs wildlife conservation projects. 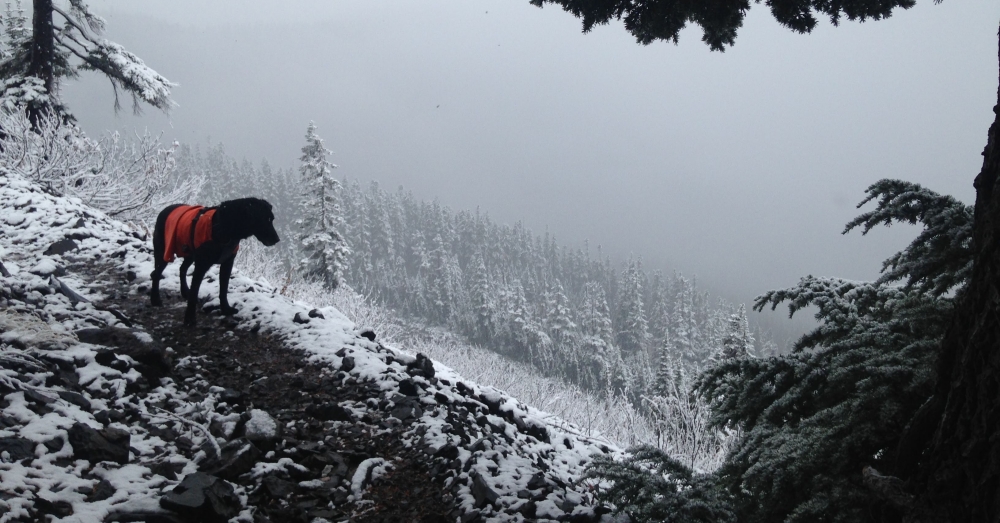 “He had a lot of trust issues,” Hartman said, recalling how she used to beg and plead with Scooby to give up the ball, although this only strengthened the dog’s suspicion that she might not give it back. It wasn’t until she learned to accept the situation, and Scooby, for what it was that the pair developed a close working bond that’s allowed them to work all over the world on assignment.

“So Scooby really took me on a personal adoption journey,” she said, describing the shelter dogs’ odyssey as equally (if not more so) instructive for their bounders. “If anything, he adopted me, and taught me more about me in the process about learning how to be patient, learning how to put my ego at the door, learning not to get frustrated and accepting Scooby for who he was.” 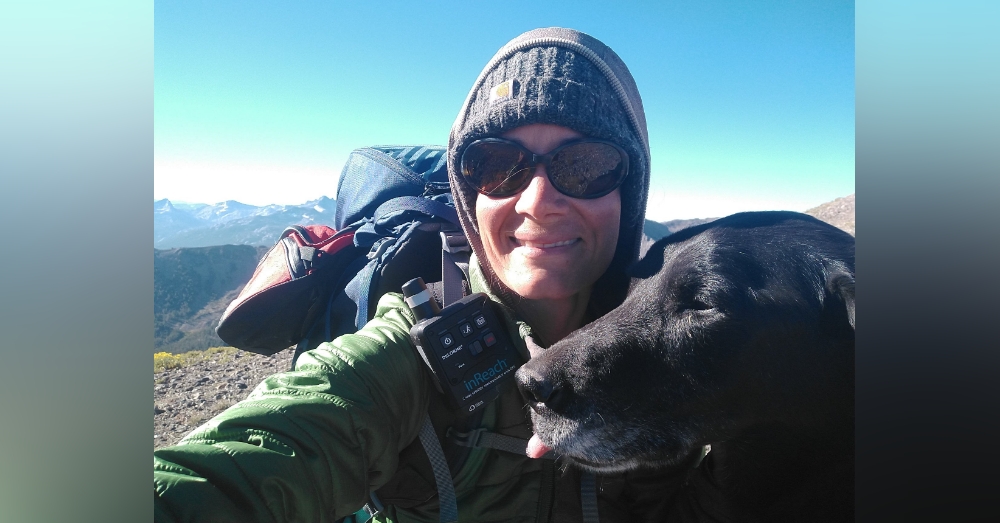 Many dogs, like Scooby, have been adopted from shelters in the Pacific Northwest, but others come to Rogue’s Rice, Washington, facility from more distant parts of the country. Pips, a Blue Heeler-cattle dog mix, was flown up from Arizona after his foster mom learned about the unique rescue program. Captain was driven cross-country from Ohio by devoted foster parents who’d exhausted all other avenues for adoption.

Some dogs, like Zilly, joined Rogue after their families decided to re-home them. “They knew their changes in their lifestyle was going to be too much for her, and they were devastated but they knew that she had an opportunity somewhere else,” said Zilly’s bounder, Suzie Marlow, of the dog’s original family. 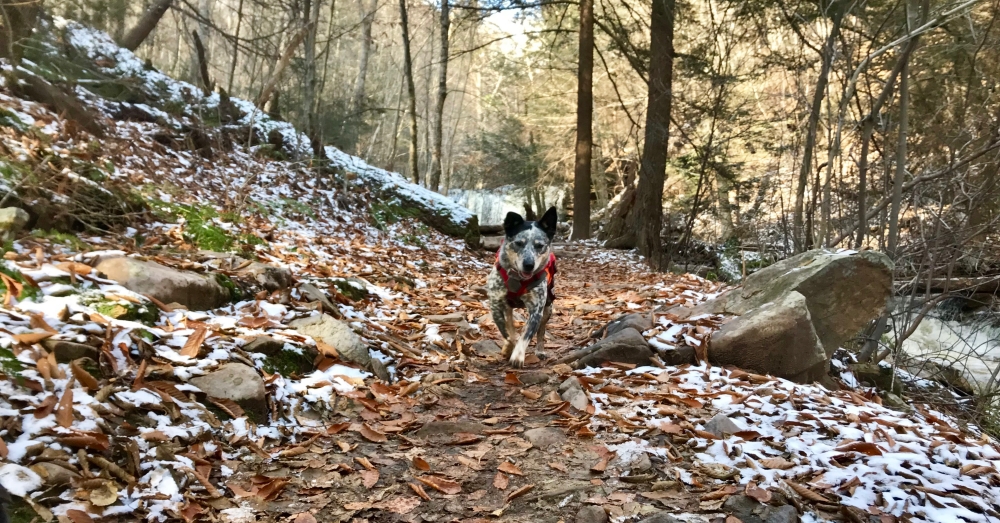 But Zilly’s owners also knew the cattle dog — whose nickname, Godzilla, stems from her monstrous enthusiasm for playing ball — would make the perfect detection dog, so relinquished ownership to Marlow (who also works with a 6-year-old New Mexican mutt named Skye) after learning about Rogue’s mission. “They were teary-eyed but also thankful that a program like this exists,” said Marlow, recalling how Zilly’s owners sent their dog off to her new home with her crate, kibble, blanket, all of her favorite toys, and still keeps in touch today. 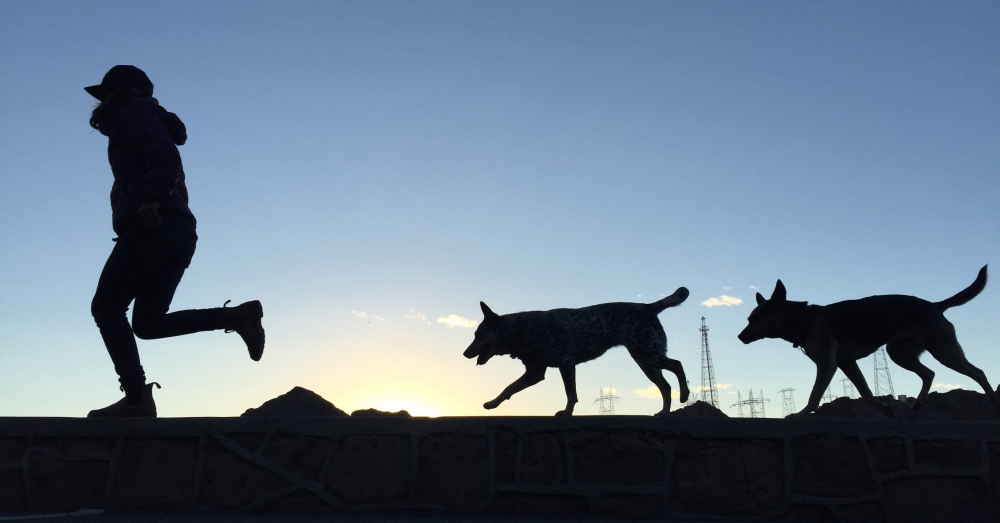 Now this motley crew has traveled the country and world in the name of wildlife conservation. In 2019, Rogue sent detection dogs into British Columbia surveying for storm petrel and black rat in partnership with Environment Canada and Parks Canada. Other dogs have sniffed out bat hibernacula in Alaska, collected caterpillar scat in Oregon, and tracked cougars on Washington’s Olympic Peninsula and in California, where Rogue was invited to participate in state-wide, multi-year cougar assessment by California’s Department of Fish and Game. 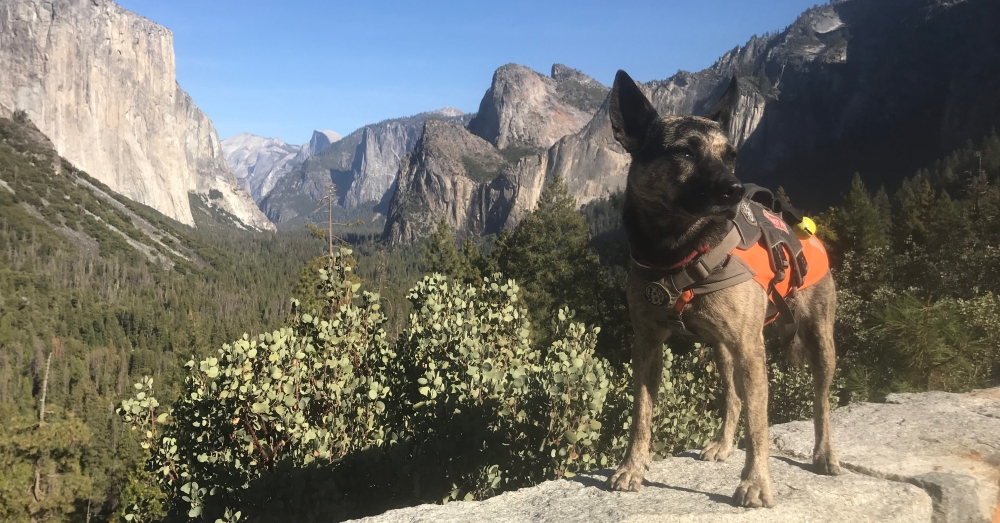 Rogue has also sent teams into Yosemite National Park, which doesn’t typically allow dogs, but made an exception for the canine biologists surveying for cougars, fishers, and Sierra Nevada Red Fox living in the area. (One benefit to detection dog methodology, in addition to reducing researchers’ reliance on cameras, collars and other expensive tracking equipment, is that dogs can canvas for multiple species during a single survey).

Other projects have taken Rogue’s detection dogs to Michigan, Maine, Mt. Rainier National Park, and even as far as France and Malaysia, where the dogs gathered data on endangered tigers. Rogue is also involved in several pilot projects, including one intended to see whether dogs can sniff out plant disease, which would be a godsend for small farmers and agricultural industries. 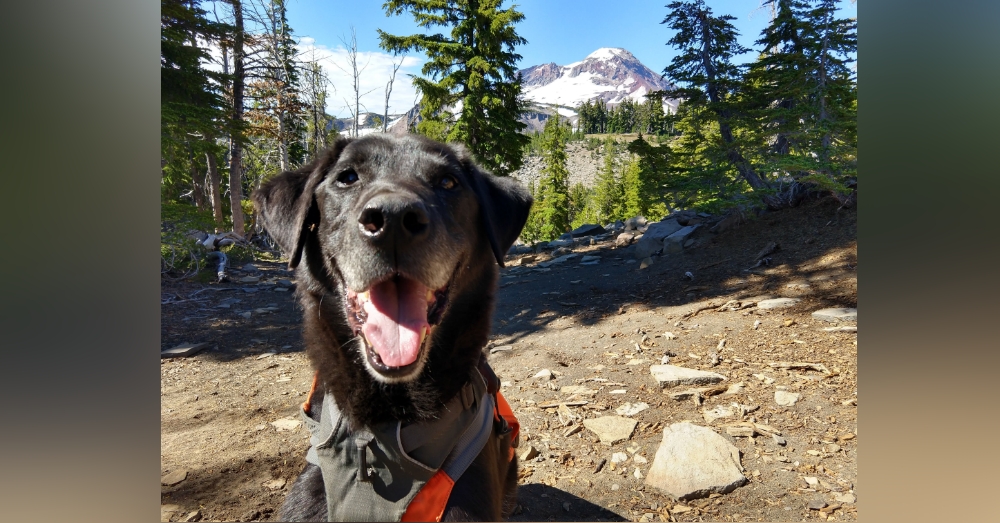 But one of the most rewarding parts of this job, and there are many, is watching the dogs’ personalities blossom as they transition from shelter rejects into confident dogs. “Even though the shelters say these dogs can’t get homed because they can’t make personal relationships with people, what we’ve discovered is that once these dogs have this outlet, their true personality actually gets a chance to shine through,” says Hartman, who has watched this heartwarming scene play out countless times in her 14-year career. “Getting them outside and sniffing helps them grow into themselves,” she says. “They’ve finally become who they were meant to be.”