This black and white Border Collie mix, now named Rocket, was rescued from an animal shelter in California, where he was scheduled to be euthanized because of his high energy. They felt that he was ‘too energetic’ and that no one would want to adopt him because of it.

But the National Disaster Search Dog Foundation thought otherwise and decided to give him a chance.

Today, Rocket puts his ‘high energy’ to good use. Unfortunately, Rocket failed the first test and would’ve been sent back to the shelter, but Andrea Bergquist, the volunteer who tested him, decided to adopt him.

She and her husband brought Rocket out with the search and rescue dogs. With their help, he passed his test the second time with flying colors. Rocket then began his training and he was eventually paired him with Michael Stornetta, an engineer with the Windsor Fire District in California, in 2014. 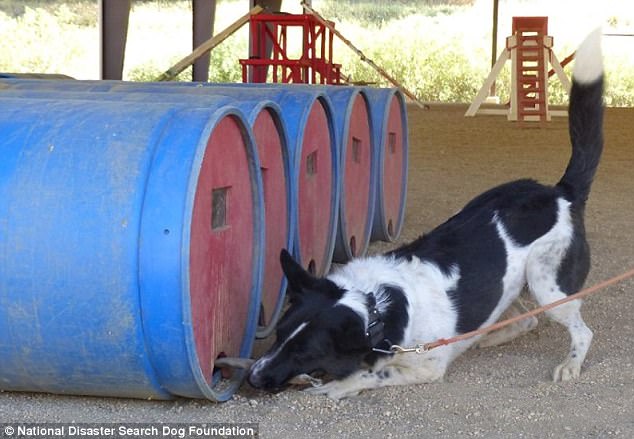 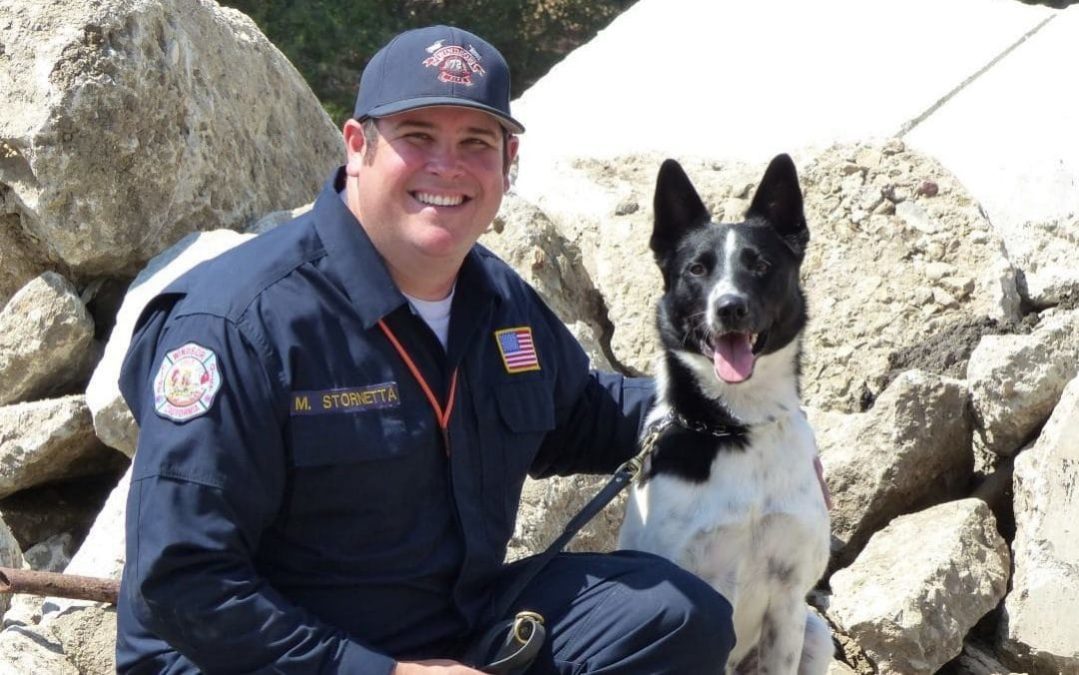 This year, the two went on their second deployment together. Stornetta and Rocket traveled to Houston to help people in the aftermath of Hurricane Harvey. His job has been to find live people who were buried under rubble or other debris, and to make sure that no one is left behind. 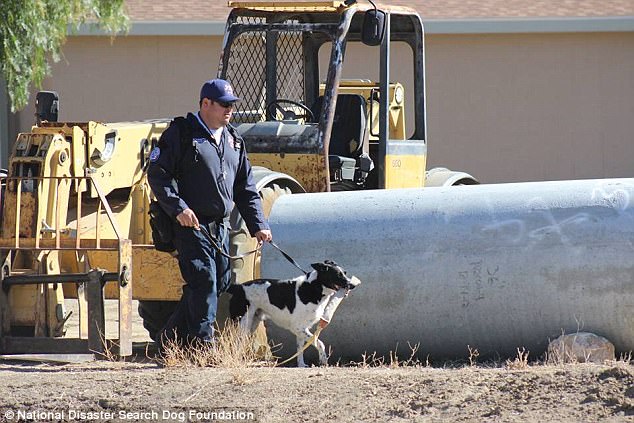 “I think it’s just a testament that, just because an animal ends up in the shelter doesn’t mean that they are an animal that someone doesn’t want or that they don’t have a lot to give to the community,” the society’s spokeswoman, said Dawn Foster, a spokeswoman for the Sacramento Society for the Prevention of Cruelty to Animals, from where Rocket was adopted. 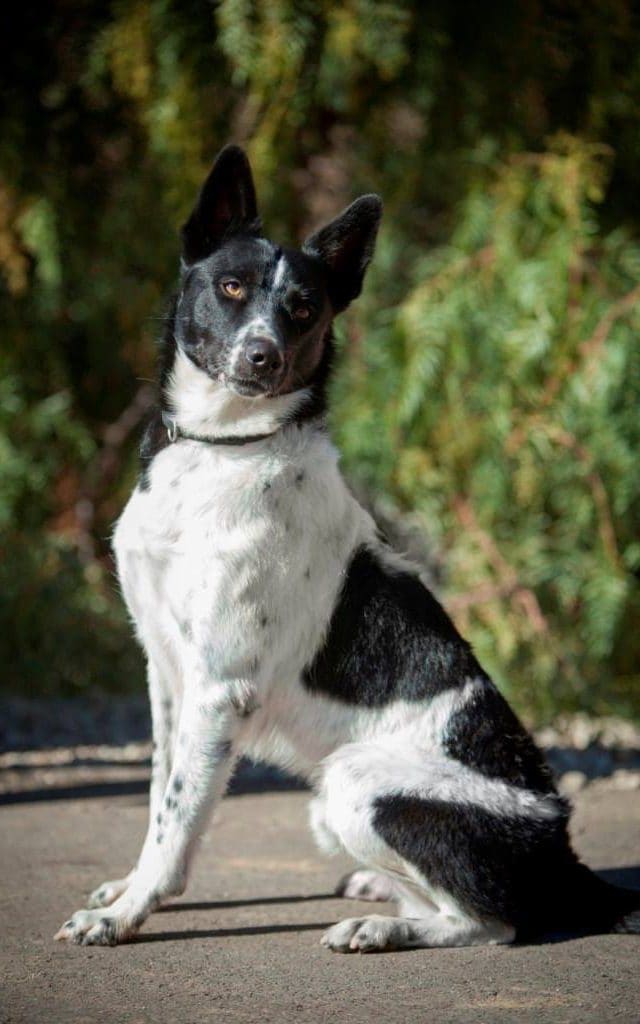 Rocket has proven that every shelter dog deserves a second chance! Thankfully, he was lucky enough to get one, and now he is a true hero!

There are thousands upon thousands of dogs stuck in shelters all across the country. Many will never be adopted because they are constantly overlooked for reasons that are not permanent. If you’re interested in adding a furry member to your family, visit your local shelter today! You could end up with a real gem like Rocket!